The Scariest Experience I've Had On The Road In Mongolia

The Scariest Experience I've Had On The Road In Mongolia 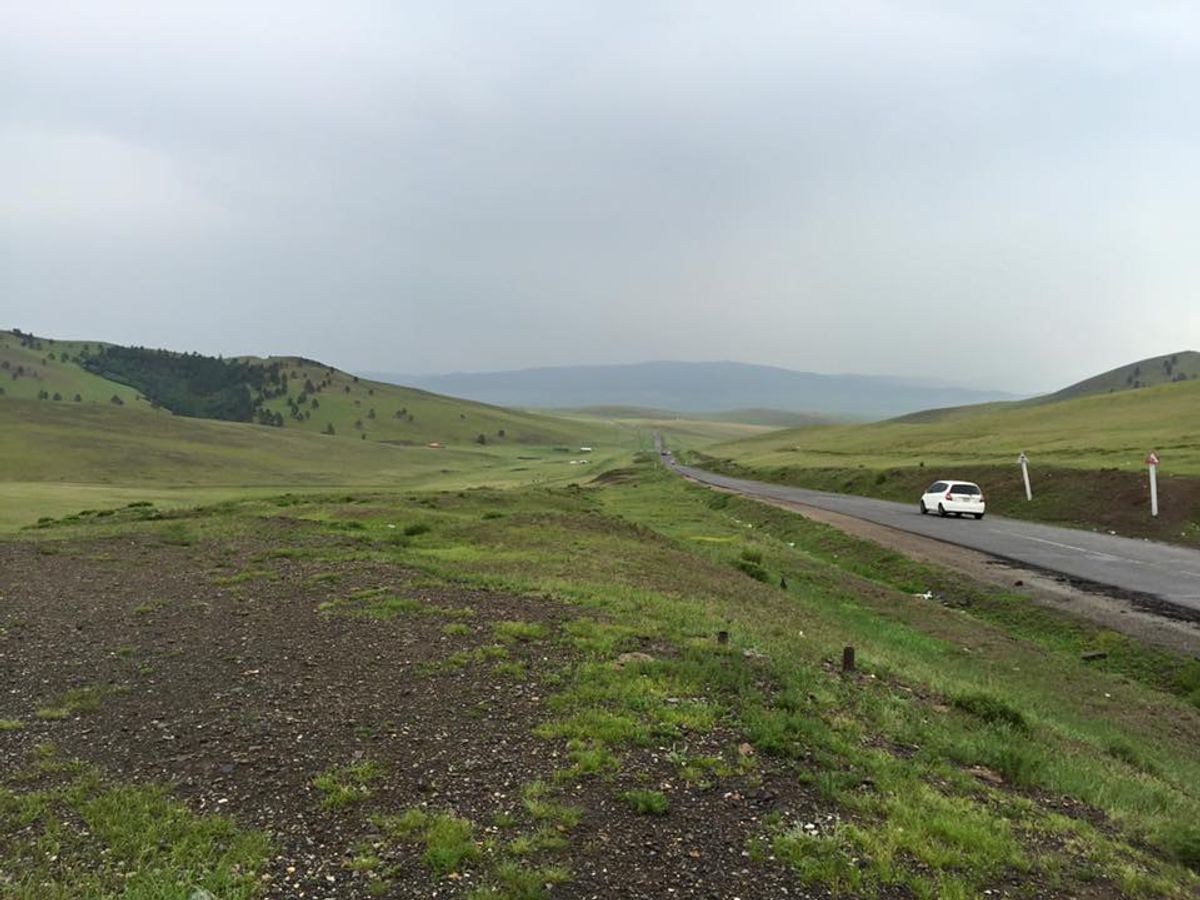 There was this trip to the capital that was required for trainees to have during the first couple months of training to become a Volunteer in the Peace Corps. The idea is to have the trainees plan their own trip: book a hostel, find a ride to bring us to the capital, and activities to do during the weekend we stayed there. All this for trainees to familiarize themselves with having to take trips around the country and the struggles it takes to get around with limited language skill.

The weekend went as planned. We left on time, had a hostel booked for everyone, did all the activities that were on our lists and had quite the eventful time out in the capital. We left Sunday morning in two separate vans with a total of about 7 trainees in each. I should say, that in Mongolia, there are no highways, there are no road patrolmen, and there is nothing for miles at a time. But, we headed out with the hope that things would go just fine.

One thing we did not expect was for there to be heavy rains while trying to exit the capital. The bridge we tried to cross to get on the road back to our training site was completely flooded. The driver pulled over and asked our Language Course Facilitator (LCF) if he should try to get through or wait it out. We all decided to plow through and try to get on the road out of town. Half the van was submerged in water flowing down from the river that had raised into the streets.
Though it took a while to get through, we made it. We continued along making jokes, listening to music and generally chatting about. It was a great ride up until the engine made an extremely weird noise. All the trainees in my van looked at each other, then at the driver, trying to figure out what was up. The driver seemed to be messing with the stick shift trying to get it to shift into second gear for uphill driving. When that didn’t seem to work, he shook the steering wheel violently. It freaked us out, so we began to ask our LCF what was going on with the car and she responded with, “Oh, he is trying to get the car to get gas, there was water in the tank from the water.” We all were stunned and relieved when it stopped and the driver was able to continue on the ride.

Then, it happened again. The driver repeated his actions and the car kept moving. On the third time, the trainees and I were no longer phased and just brushed it off as normal. The fourth time, though, made us reconsider the whole ride: the driver shut the car completely off, put the car in neutral, and coasted passed the car in front of us. All the trainees in my van put down their windows to shout out to the other van. In unison, and by pure coincidence, we all said loudly, “WE CAN’T STOP!” The other van was pulled over on the side of the road waiting for us because someone called him to let him know what was going on. After that, the driver put the car back on and was able to get it to work for another little while until we reached the closest gas station which wasn’t for another few miles out.

We were able to coast the whole way back to our training site, but not before seeing something that brought the entire mood of the group down. On the road, we saw the aftermath of a car accident. One car was parked on the edge of the road calling for help while the other car was horribly damaged with the passengers sprawled around the car on the ground. The bodies laid motionless and it looked as though someone covered their faces with a small cloth until medical attention was able to reach them in the middle of nowhere. I calculated the time it took us from that point to the closest town and it was about an hour and a half. At that point, it sunk in that what we are doing is a huge risk: being in a foreign country with no close access to hospitals workers and police on the road. At that point, I think we all came to that similar realization. I think it also made us more aware because throughout our van mishap we were all joking about it and laughing it off, but when it comes down to it, it was highly dangerous. That was my scariest experience on the road while serving overseas.

Word to the wise: be aware of who you trust to drive you around, be aware of what is going on if you are in a car, and always have a backup plan.
Thanks for reading.