The Reinvention Of Slavery As The Prison Industrial Complex
Odyssey
CurrentlySwoonLifestyleHealth & WellnessStudent LifeContent InspirationEntertainmentPolitics and ActivismSportsAdulting
About usAdvertiseTermsPrivacyDMCAContact us
® 2023 ODYSSEY
Welcome back
Sign in to comment to your favorite stories, participate in your community and interact with your friends
or
LOG IN WITH FACEBOOK
No account? Create one
Start writing a post
Politics and Activism

The Reinvention Of Slavery As The Prison Industrial Complex

Slavery is far from over and has shifted over to inmates who are defenseless, disenfranchised, and majorly people of color. 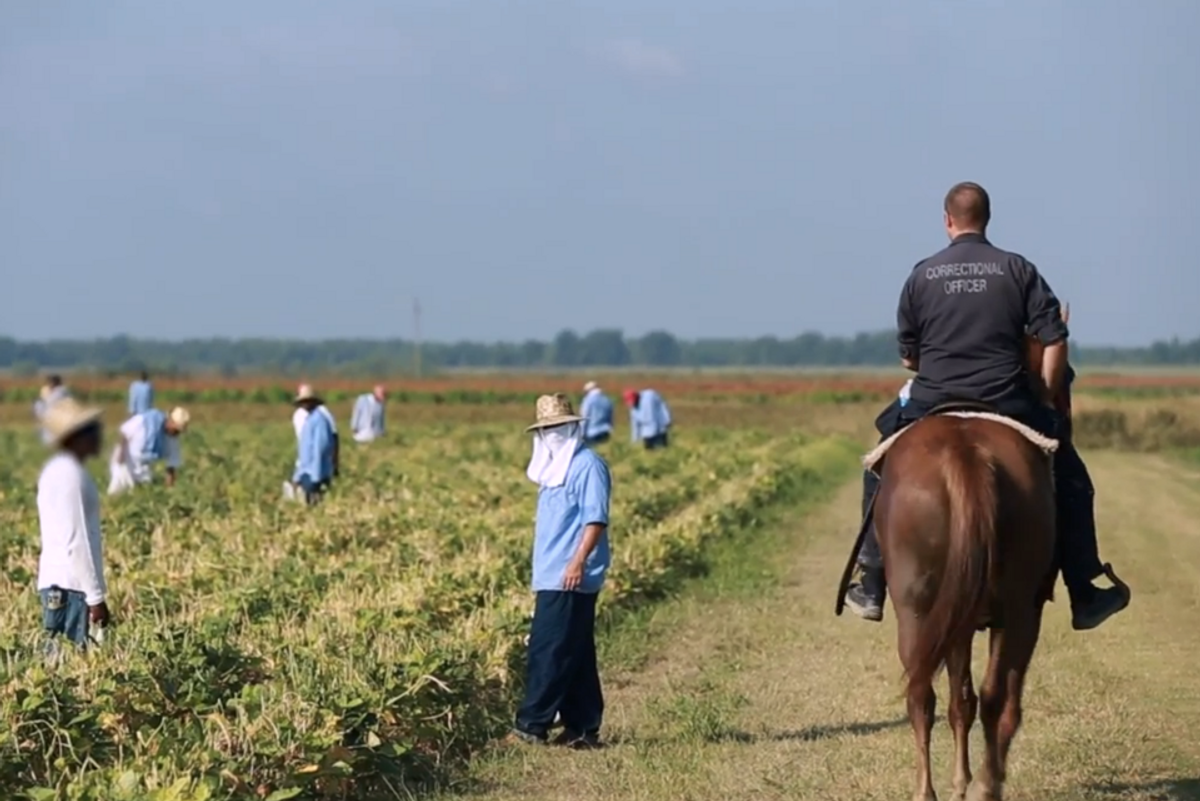 Here’s a startling fact: The United States imprisons more people than any country on this planet. Specifically, the U.S. has incarcerated about 2.2 million people since 2013. To put that into context, the U.S. holds about 5 percent of the world’s population, but they’ve locked up about 25 percent of the world’s prisoners. That’s f***ing insane. I knew this, but what I recently found out startled me even more.

Although the 13th Amendment was intended to abolish slavery, the exact wording of the amendment has left room for slavery to flourish under a different structure. Section 1 of the Amendment states: “Neither slavery nor involuntary servitude, except as punishment for crime whereof the party shall have been duly convicted, shall exist within the United States, or any place subject to their jurisdiction.”

What this means is that prisoners have no constitutional rights in this arena and work can be forced upon them as a punishment for their crimes. In theory, this seems justifiable. Why should inmates sit on their butts all day when they could pay their restitution to society through good work? Here’s why an eye-for-an-eye justification misses the point: The prison industrial complex disproportionately imprisons blacks and Hispanics over their white counterparts.

This perpetuates the stereotype that people of color are crime-prone and a danger to society when in fact, it is believed that more than half of the 623,00 inmates in municipal or county jails are innocent of the crimes they are accused of. Of these, the majority are pending trial and two-thirds of the one million state prisoners have committed non-violent offenses.

Even more depressing is one report's estimate that more than half of the prisoners currently in U.S. state, federal, and private jails suffer from some kind of mental illness. Instead of creating a rehabilitative environment that treats these individuals with the care they need, America responds with a tough penal system that locks them away and exploits them for their labor.

Speaking of which, the prison system has gained a reputation for providing cheap labor to corporations and generating millions of revenue even though they only pay their inmates as little as two cents per hour. Other corporations, such as UNICOR (a government-owned corporation) pay their inmates 23 cents per hour, and in 2013, they made 609.7 million dollars on the back of inmate exploitation. If a prisoner does not want to work, it's too bad. They’re punished by being thrown into solitary confinement, loss of earned good time and revocation of their family visitation rights.

Modern labor standards do not apply to inmates because judges have ruled on the specific definition of what it means to be an employee. If you are classified as an employee, that’s great; you benefit from all the labor protections we currently have in place by the Fair Labor Standards Act and National Labor Relations Act to name a few. However, courts have judged the relationship between prisons and incarcerated workers to be of a primarily social or penological nature, and because inmates are working due to their imprisonment rather than for economic purposes, they aren’t protected by our current labor laws. Legally speaking, inmates aren’t entitled to a single penny from their labor. Lawyers sure have their way with words, huh?

Images of black and brown bodies hunched over crops that stretch to the horizon while armed officers on horseback oversee the workers parallel too closely the Southern slave plantation practices of 150 years ago; yet, this is the current predicament for thousands of inmates.

It’s a travesty that our criminal justice system perpetuates racial oppression while simultaneously allowing corporations to take advantage of these disenfranchised and defenseless workers. Millions of prisoners have been relegated to an existence of servitude, slowly withering in exploitation for the benefit of a select few, and unless severe criminal justice reform is enacted, I don’t see this reality changing for the better.

Nicole Marie Nigro
Individual Creator
7839
c1.staticflickr.com
Where to start...... Let me start with the cliche that life throws us curveballs and what we do with it is what counts.