The Problems With Safe Spaces
Odyssey

The Problems With Safe Spaces

Put your big boy or big girl pants on and learn how to deal with people who have different opinions. 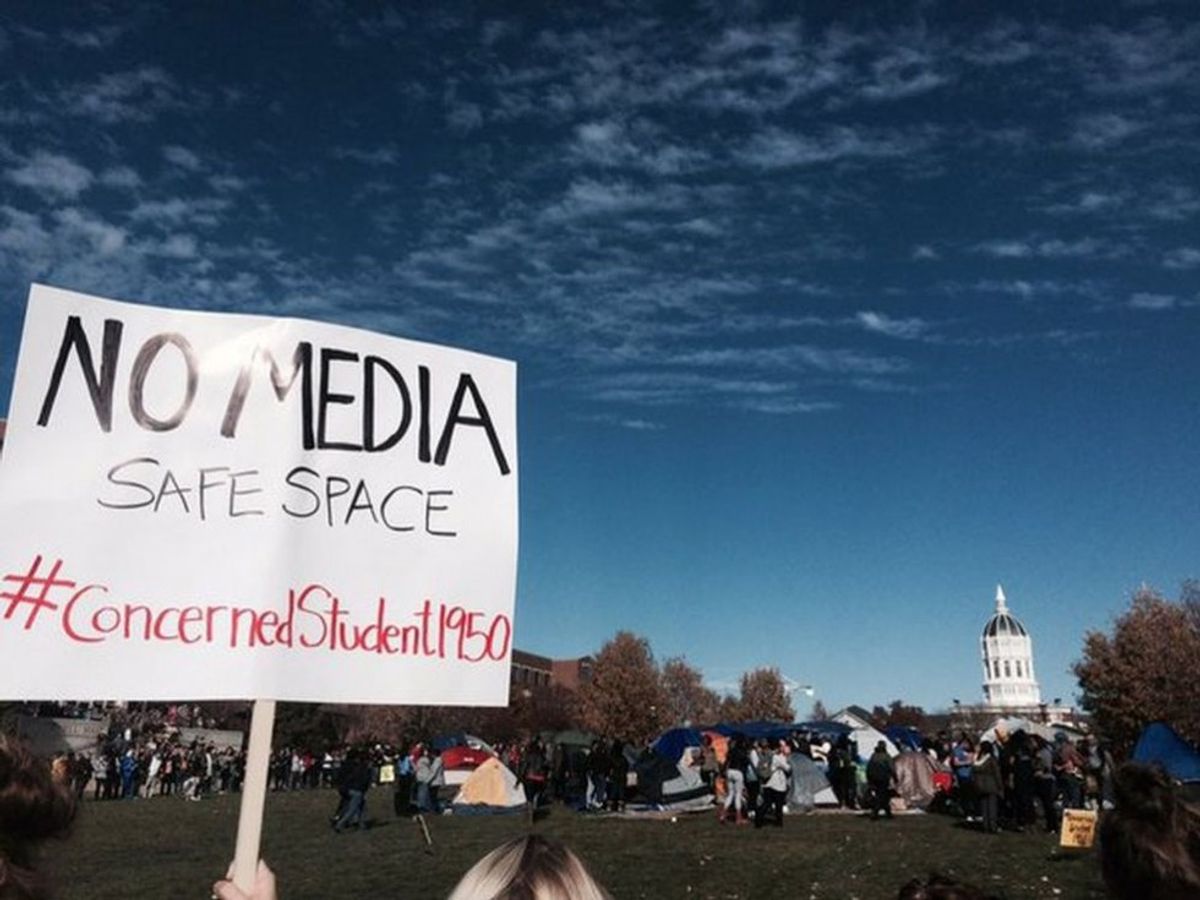 Frankly, I'm really tired of hearing about Safe Spaces. It makes me feel ashamed of my generation. We are literally at the point where the old saying "sticks and stones may break my bones, but words can never hurt me" no longer applies.

According to Safe Space Network, a Safe Space is "a place where anyone can relax and be able to fully express, without fear of being made to feel uncomfortable, unwelcome, or unsafe on account of biological sex, race/ethnicity, sexual orientation, gender identity or expression, cultural background, religious affiliation, age, or physical or mental ability. [It is] a place where the rules guard each person’s self-respect and dignity and strongly encourage everyone to respect others."

It sounds nice on paper, right? Well, that's not how they actually play out.

Did you hear about this lady? She's a teacher at Mizzou who tried forcefully removing a member of the media who wanted to report on their protest. When he wouldn't leave after her angrily telling him he couldn't be there she yelled out to the other protesters that they needed some "muscle to remove this guy."

People who support safe spaces like that are the biggest hypocrites on the planet. They are protesting because someone or some group of people is suppressing their rights. Yet, they go right back and suppress the rights of the media or anyone who doesn't 100 percent agree with them.

These people are expressing their 1st Amendment right to "peaceably assemble," yet when someone else wants to also express their freedom of speech or right to peaceably assemble the people in the safe space kick everyone out. It seems fair, right?

Some of them may argue that it's giving everyone a "taste of their own medicine," but it's not. The media and people who simply disagree with the protesters aren't trying to suppress their rights by trying to enter the safe space. They are trying to either report on the issue to let others know what's going on or to simply have a discussion.

How can you have an argument when you don't let the other side talk to you? You can't have one. You can't even have a discussion.

This is essentially what safe spaces do to an argument.

"No. I am entitled to my own opinion. You can't tell me why I'm wrong."

"Get out you white, privileged, capitalistic, fascist swine."

Some could argue that, since the university (or whatever organization is the cause of the protest) is suppressing the rights or the students, they have the right to suppress the rights or the media or whoever they want. If that was the case, though if the "taste of their own" medicine approach was valid, then why didn't Abraham Lincoln and other abolitionists enslave white Americans? Why didn't Dr. Martin Luther King Jr. beat white Americans? Why didn't Gandhi beat and kill British colonialists? They didn't need to because they knew how to get results. They knew that they were going to face backlash and they continued fighting until they got the results they want.

The most successful protesters and protests throughout history were successful because the protesters asked for a safe space. They spoke out and fought against the oppressive people and organizations in their lives.

These protesters need to learn what the difference between a personal attack and dissenting opinions are. It's not that complicated. You need people to have dissenting opinions to have a discussion. Not letting people talk to you because they have a different opinion is wrong, rude, and simply childish.

It's time to put your big boy/girl pants on, fight for your rights, and not let words hurt you.