The Problem With Modern Feminism

The Problem With Modern Feminism

We fight for equality... or do we? 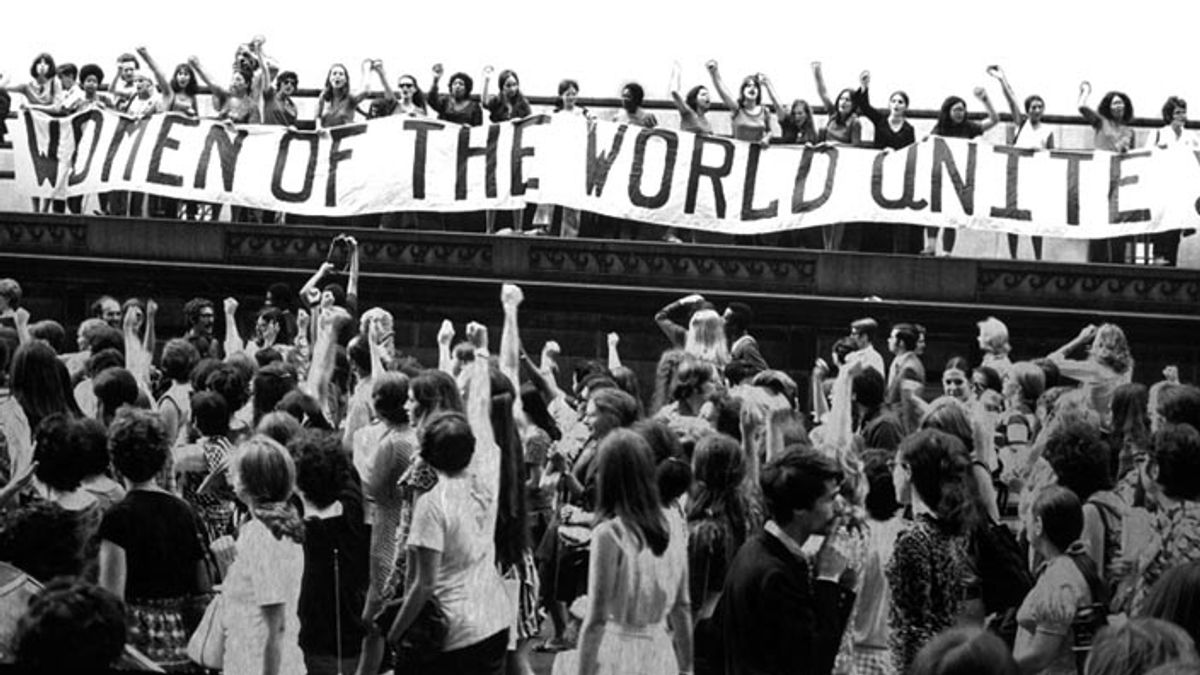 Status Quo? the Unfinished Business of Feminism in Canada

Feminism: the hot topic of 2015. The feminist movement has grown tenfold in the last decade, but not quite in the positive direction it should be growing toward (hence the emergence of the "Meninists"). With the Taylor Swifts and Meghan Trainors of the world constantly berating us with messages of "you're perfect the way you are! (as long as your curvy and men admire you)" and "women can be just as successful as men! (as long as their white and priveleged)," it's easy for women today to not quite relate with the modern feminist movement. What has been created is an equality movement only for pretty, white girls with nice bodies and privileged backgrounds. This is not feminism, and this is not effective. Feminism is, on the contrary, about equality for all, regardless of sex, gender, race, body type, etc., and it can only be achieved if we, as a population, truly understand what it is and what is stands for.

Feminism is for Women of Color

Women of color have struggled far longer than white women for equality. Yes, women were able to vote in 1920, but this privilege was only for white women. Black women did not earn this right until the 1960's. Yes, 17.6% of all women have been raped, but 24.4% of mixed race women have been raped and 34.1% of American Indian women have been raped. Yes, male artists receive more awards on average than female artists, but a mere fraction of the awards given to female artists are to women of color. White women use black culture in their social media photos and music videos, but when a black woman embraces her own culture, she is called "ghetto". White feminist icons will preach about fighting the patriarchy, but will never use their affluence in society to stand up for women of color. Then, when black feminist icons, like Amandla Stenberg and Willow Smith, stand up and fight for their culture, their portrayed as "mad black women." Women of color fight a different fight than white women, and they need feminism. They need equality.

Feminism is for Women in Different Cultures

Modern feminists love to look at Middle Eastern cultures and pity the women for being so horribly oppressed. But, do they even attempt to reach out to these women and say, "you are a woman and I am a woman. I will help and support you in any way I can,"? What these women wear and their domestic structure is the least of their problems. These women need education. These women do not have access to something that so many of us take for granted. There are strong women in the Middle East fighting for equality and making huge strides, and feminism is for them. Feminism is for women in all cultures and from all countries simply because they are women and they deserve political, social, and economic equality just like the rest of us.

Feminism is for Women of All Body Types

Allow me to rant for a second: Meghan Trainor is not and will never be a feminist icon. Preaching to young girls that you're perfect as long as you have an ass that you can shake and that boys can grab is the opposite of feminism. Feminism promotes self love and acceptance regardless of your body type. Feminism says that the way you look should never determine your self worth and your ability to be successful. Feminism creates not just equality between the sexes, but equality amongst every single human being on this planet, simply because you are human and you deserve just as many rights as every other human. Thin women need feminism. Curvy women need feminism. Every woman needs feminism.

Feminism is for All Women, Regardless of Sexual Orientation and Activity

Contrary to popular belief, women who have frequent casual sex still deserve equal rights and treatment. We should never, as women, shame fellow women for having casual sex. That is their right and their decision to make with their body, and it is no one else's concern. Women, regardless of their level of sexual activity, still need feminism. Also, I'm not sure if everyone has gotten this memo yet, but transgender women are, in fact, women who deserve equality. All women deserve equality, and the decision that a woman makes about her life does not and should not have anything to do with her need for equality.

All in all, we as women need to formulate a common goal of social, political, and economic equality and relentlessly work towards it. This goal can not and will not be reached if we are divided. We cannot shame other women. We cannot invalidate other women. We cannot form a hatred and superiority towards men. Feminism is not about being better than men, but about receiving the same rights as men simply because we, too, are human beings. In order to truly make anything happen, we as women need to stand together as a united front and fight for what we believe in with love, acceptance, and strength.