​​The Problem with Freedom 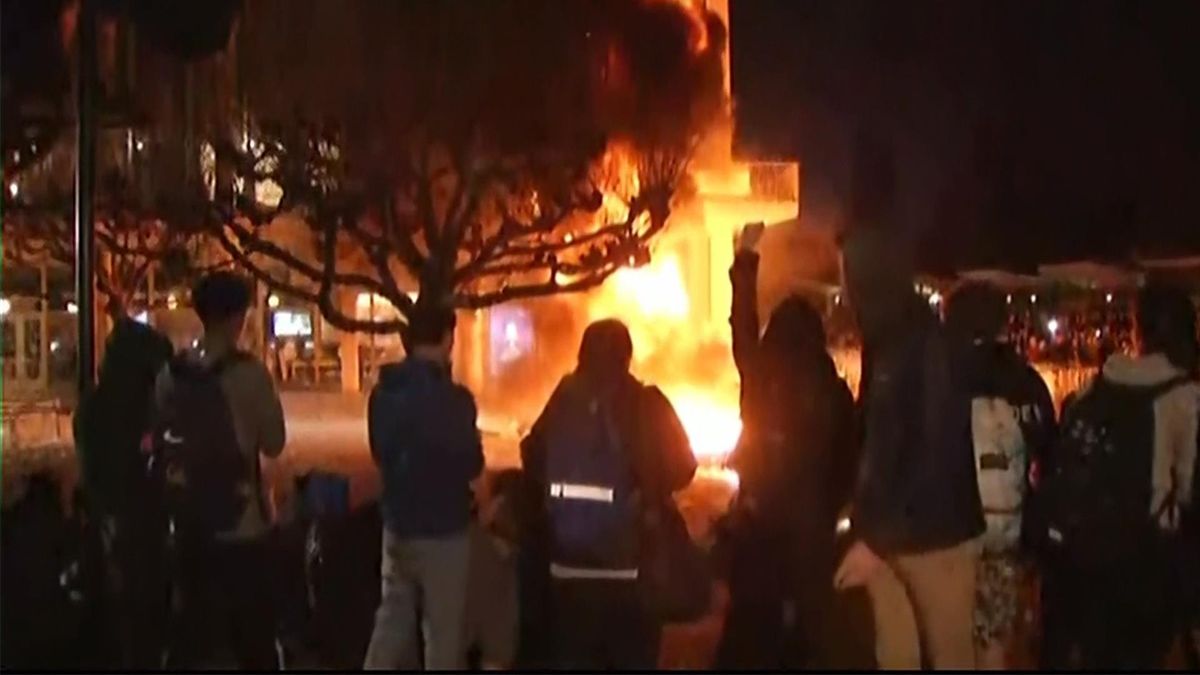 England, 1936.
The grip of the Sabbath day
In London town the only sound
Is a whisper in an alleyway
Men put on their gloves and boots
Have a smoke before they go
From the west there is a warning of
A wind about to blow

The Men They Couldn't Hang - "The Ghosts of Cable Street"

A torrent of fists and batons flooded Cable Street that day as police clashed with a coalition of socialists, anarchists, Irish, Jews, and others who had barricaded the street in an effort to halt an organized march of the British Union of Fascists. For months, the BUF had circulated antisemitic posters and leaflets around the primarily Jewish neighborhood in an effort to destabilize community solidarity. Their efforts were in vain, perhaps even partially to blame for the subsequent 20,000 protesters. The police escort, numbering some 6,000 strong, arranged for the 3,000 marching fascists escalated matters drastically in their attempt to disperse the anti-fascists, resulting in a chaotic brawl in which nearly two hundred were injured and a similar number were arrested, by both citizens and police.

More presently, UC Berkeley has become a contested battleground in the same ideological war. The Anti-fascists or "Antifas" have clashed with white nationalists and alt-right activists in the passing months, both sides making use of weapons such as pepper spray, fireworks, sticks, and more. The animosity between the two groups on the campus where the so-called Freedom of Speech Movement began has captured the attention of a confused and uncertain country, still in the wake of a vehemently contested and violently vitriolic election that did more to our collective psyche than simply stir partisan fervor.

The rhetoric of both camps is intensely polarized. On one side, a belief in a moral obligation to halt the spread of the pernicious ideology of white supremacy and its evil double fascism, in the other a deep conviction to maintaining the rights promised to us by the First Amendment and "traditional" values. In their haste to express their outrage and beliefs, both corners have come to violence in these past months, un-ironically "beating sense" into one another while boldly describing the opposing faction as fascists only to hear the same insult hurled straight back.

In watching many of video accounts of the riots, the number of fights insular to each group were astounding. I was amazed to watch verbal and physical altercations instantly fizzle once a third party had managed to convince everyone that they were indeed rioting for the right ideological team, only to immediately redirect that same rage at the "correct" targets. Meanwhile, when the cameras found their ways further from the front lines, again on both sides the same ridiculous message: "We just want to talk. We're being reasonable, they aren't!" As though saying the words made them true, those who wanted to fight were there to do just that. Fight they did, justified by a mob of like-minded thugs who have so blithely reasoned that their particular violence is somehow moral.

It seems clear to me that either narrative derives the bulk of their rhetorical fuel from the other. The white nationalists and alt-right faction benefit from the reckless rioting of the neo-liberal extremists, just as the Antifa narrative is inflamed by the goading references to National Socialism. Membership grows as each ideology is sold to wider audiences in a perverse and accurate reflection of capitalist economics.

The anti-fascists have trotted out the familiar claim that violent action is necessary to quell the inevitable flood of resurgent fascism, even going so far as to assert that the Nazis have been reincarnated in the Alt-Right movement. The outstretched zeig heil salutes performed at their conferences seem to give the claim credence, but, to be incredibly blunt, where are their gas chambers? The war cry intentionally and callously heaves the weight of nine million dead Jewish men, women and children to give itself rhetorical weight. If an accusation is to be made, let it be done fully or else note the folly of spreading such half-truths to further ideological agendas.

What should not be lost in this critique is that both camps are free to act as they please. If one wants to smash a window or punch an ideological rival as a statement of protest, one is entirely able to do so, given that they are also willing to risk retribution. Nor am I suggesting that the law does not matter and should be ignored, rather I assert that most people break the law every day, it's just a matter of the degree of severity. Unbuckled seat belts, speed limits, traffic signs, downloading music, which laws we do or do not follow seems to vary from person to person and the same can be said for property damage during protests. What lies at the heart of this issue is that both Antifas and alt-right believers are convinced that their ideology is morally superior.

That's the thick of it. Both sides claim that their violence is justified by moral obligation. Truly herein lies the problem with freedom. It's astounding to me how often truth claims are made about morality. I have heard arguments linking the concept to legality, discussions in which what is morally good is defined by nebulous notions beyond human conception, and emotional appeals as I am sure many have heard or discussed. Yet the notion that the nature of morality is informed by a multitude of sources is tossed aside the moment it becomes inconvenient to consider. Of course I experienced a sort of visceral pleasure watching Richard Spencer get slugged right in his smug, race-baiting face. It filled me with an almost righteous sense that justice had been served, but vengeance is never righteous and violence is rarely justifiable. Recall the results of that fateful battle for Cable Street for example. After the brawl, new laws were passed that disallowed political uniforms or outfits in public. Additionally, a new ordinance was passed that required police consent for any kind of rally or march to take place. Consider the goals of the modern factions: freedom of speech and halting the spread of fascism. With some degree of confidence, I assert that history reminds us that both sides will lose again and again in this regard.

To the protesters and rally-goers, I say this: do go on punching Nazis or smashing snow flakes, I wouldn't make the claim that I know how to voice the dissent which you feel and your freedom to voice objections is entirely protected via our foundational documents. Again, given that you understand the risks of doing so, beating those who do not align with your ideology is an option as well. However, while doing so I would encourage continuous self-reflection on the notion "we just want to talk". Morality is not as simple as who hits hardest.

"Political language — and with variations this is true of all political parties, from Conservatives to Anarchists — is designed to make lies sound truthful and murder respectable, and to give an appearance of solidity to pure wind." George Orwell, Politics and the English Language