The Power of Moly

How Homer teaches us to embrace the unknown 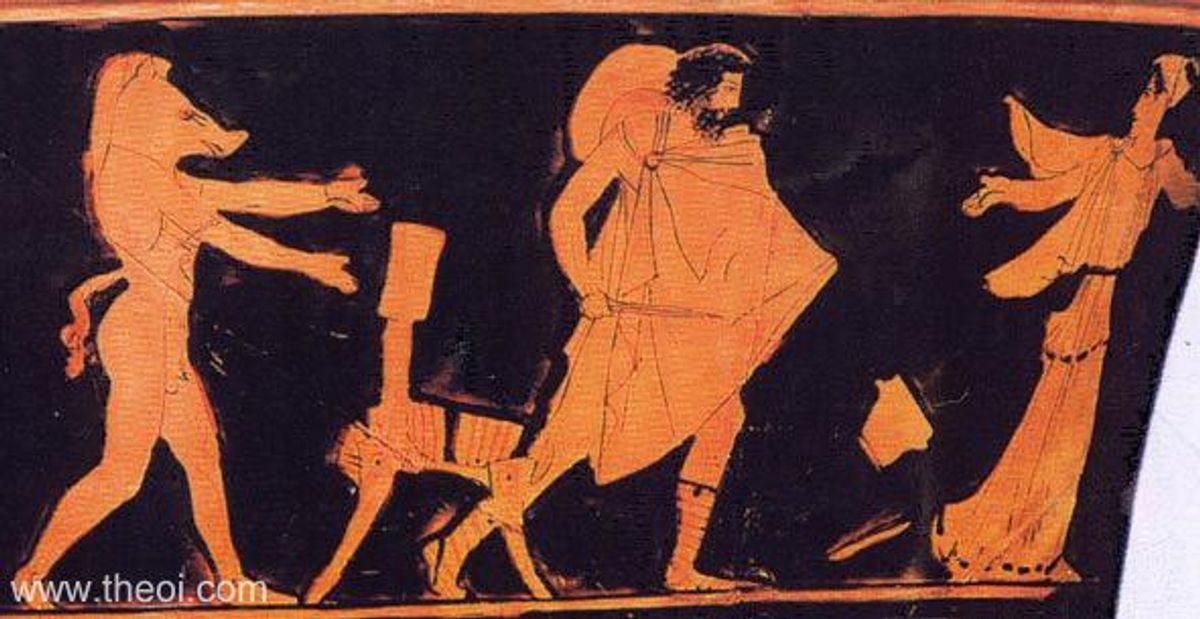 My very first article concerned the way Homer invited his audience to feel sympathy for the cyclops Polyphemus in The Odyssey. In the Circe episode, the mysterious substance called 'moly' offers Odysseus a chance to make peace with the unknown, unlike the encounter with Polyphemus.

While on Circe’s island, Odysseus needs protection from her magic after it is reported that she has transformed some of his men into pigs. Conveniently, the god Hermes appears at just the right time, before Odysseus goes to confront Circe personally. Hermes gives him an herb called moly that will allow Odysseus to resist Circe’s magic, telling him only that it is “dangerous for a mortal man to pluck from the soil but not for deathless gods. All lies within their power” (line 339-41). It’s unclear if Odysseus had to eat it, mix it in a drink, or if he just had to stick it in a pocket (assuming he had pockets), nor do we know how Circe missed the fact that he had the magical root on him. The important thing is that it works, canceling out the effect of the potion that would have changed him into a pig. As mentioned before, Circe is unaware of the presence of moly and exclaims that Odysseus has “a mind… no magic can enchant” (line 365). It could be that moly just had a placebo effect on Odysseus, that it only had an effect on him because Hermes, a god, said so. Who was Odysseus to argue with him? It could also be the fact that Hermes prophesied to Circe that Odysseus would come to her one day, and whatever the gods say will happen usually comes to pass in these stories.

Readers get a basic idea of how moly is used, but there is no definition that adequately captures the symbolic nature of the word. The Oxford English Dictionary, usually an authoritative text in such cases, only defines it in literal terms as “a fabulous herb with magic powers”, as “a mythical herb white flowers and black roots”, and “a southern European plant related to the onion. These definitions bring us back to the symbolic meaning of moly. Odysseus would rather not use violence against a woman, and Circe’s magic isn’t working on him, so they are forced to try and find an understanding. This prompts Circe to invite Odysseus to “mount [her] bed and mix in the magic work love – we’ll breed deep trust between us” (lines 371-2). It should go without saying that they have chosen to make love and not war. Homer could have been making the point that violence is not always a viable solution in encounters with the strange and foreign, as it was in the case of Polyphemus, with whom humans could find no understanding. In the case of Circe, the unknown is dangerous, but a person can learn to embrace it, and even love it.

The Odyssey turns into a commercial for Axe body spray