The Power Of Live Music

A way to spiritually connect with others. 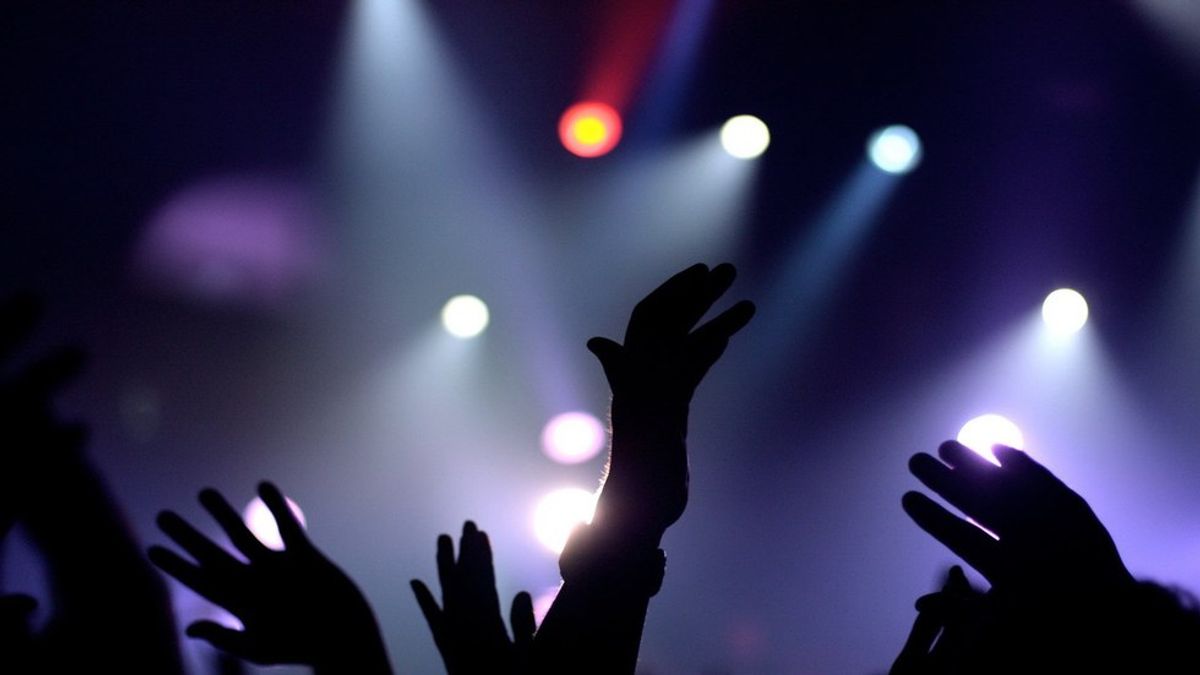 As an avid music junkie, I attend shows regularly and over the years it has become a treasured past time of mine. Music has a way of taking me to a place that can’t quite be described and provides me with a euphoric sensation that I am grateful to experience. Music is truly beautiful whether it is live, playing on the radio, a CD or even the score to a movie, but nothing can compare to the place live music takes you. It provides a distinctive and inspirational feeling in a live setting as opposed to the feelings had when it’s blaring from your headphones or speaker.

Somehow, through all the craziness society exposes us to, concerts have never failed to bring everyone involved together. No matter what race, gender, or views you may have, the people around you share a common bond. Live music entails a judgement free zone in which everyone comes together as one and that is why the aspects involved in live music are utterly surreal. All of the energy going throughout the venue and the connections made with one another as well as the artists can be felt so immensely that it is enough to break down any walls of insecurities or emotions you may have and just allow you to be free. It’s a safe haven in which you are loved by everyone around you; a place to let go of all the negativity going on in the real world and a place to be yourself. When attending a music festival or show, I don’t view the atmosphere as an array of random people from all around the world incidentally having a common interest, I view it as we are meant to meet these people. It’s not just a bunch of individuals; we become one whole entity. One whole mass of energy.

Music has a way of getting us through the best of times as well as the worst of times. Live music takes these instances to a whole other level. My first show I attended proved that I was exactly where I needed to be. I was starting to go down a not so great path emotionally. I wasn’t in a good relationship, I was letting insecurities hinder my authentic views on reality and I was beginning to let myself go. I had no intentions whatsoever to attend this show, but last minute I was offered a free ticket. Instead of staying at home and feeling sorry for myself, I got out of my funk as much as I could and went to the show. I was not expecting to feel what I did.

As soon as I stepped foot into the venue, I could feel it. And for those of you who have been to a show, you know exactly what I am talking about. I could feel the happiness and the common bond that all these strangers that I had never met before shared with me. Me. The girl that just hours before was thinking how she felt so down on herself for having different interests then many of the people she knew and here she was just like the hundreds of people around her. I will NEVER forget the unexpected comfort I felt walking through those doors.

The last group came up and went on with their set, but it was the last song that really got to me. Before they started playing, they dedicated their song “Alive” to those who ever felt as if they weren’t good enough. They dedicated it to everyone currently feeling as if being “alive” was something that seemed tough. Now “being alive” was not tough for me. I wasn’t depressed, I wasn’t suicidal, I was just down on myself for where I was in my life and where the thoughts of my insecurities were taking me. But as soon as they made this dedication, the guy next to me dropped to the ground and started to cry his eyes out. It was that really hard cry where you could just feel the hurt he was experiencing. Naturally, I knelt down next to him and did all I could to console him and get him back on his feet, but it just wasn’t happening. The song started playing and everyone grabbed the hands of the one next to them. Everyone literally came together as one, singing their hearts out, out of love for those experiencing hurt. Once the song was over, the guy had stopped crying a little and he thanked me. He thanked me for making him feel as if he wasn’t alone. He then went on to state that just a little over a week ago his brother had committed suicide and it was supposed to be him standing next to him. Not me. He had planned on staying home, as going would have made him more upset, but last minute he decided to go because he knew his brother would have wanted him to be there. My experience with this stranger is something I won’t ever forget. Live music brought us together in a way I can’t even begin to explain.

Some of my most cherished memories have been fabricated at live shows. I could watch music video after music video, play song after song, but the minute I am in front of these artists and hearing their music performed beyond speakers or headphones, I am taken to a whole other world where I become vitalized, passionate and speechless.

Live music is a form of art and no show will ever be the same as the last. The feelings experienced when being provided with the opportunity to be a part of something so spiritual is almost tangible, as if you could reach your arm out in front of you and grab the energy around you. Looking over at your friends and loved ones, looking over at the stranger with the really pretty smile, looking around at all the friendly faces looking up at the artists on stage that dedicate their lives to making us happy; what could be better?