2016 has had some rough patches, but has also brought many great patches. 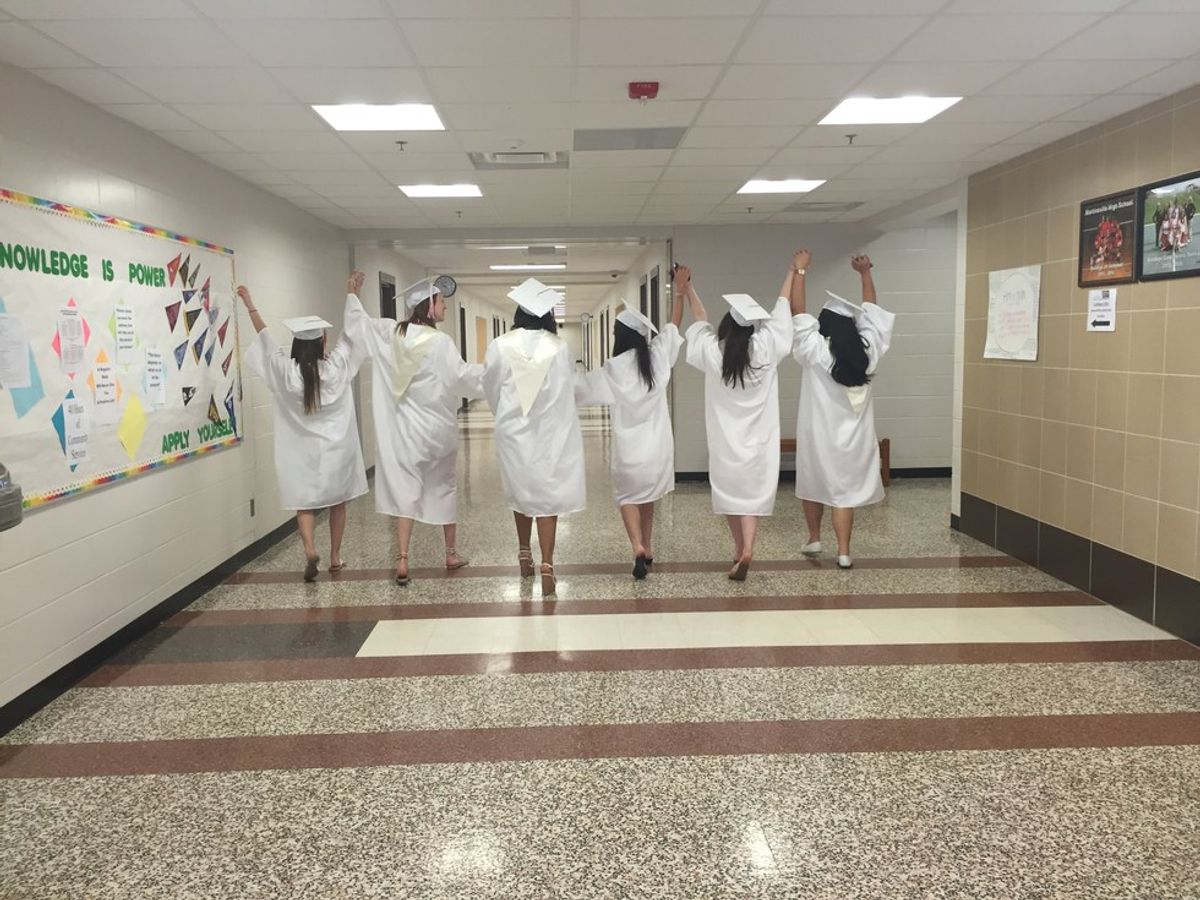 2017 is here? Wait, what? Not only is it crazy that 2016 is over, but everyone is only focusing on the negative things that have happened throughout the year. Sure, the year had some rough patches, very rough, but doesn't every year? I mean, at the end of every year, everyone says the same old thing. "New year, new me!" "I'm leaving all of this in last year!" You get the point. So instead of talking about every single negative things that have happened in 2016, I wanted to talk about positive things. 2016 has brought great things to me and I'm sure others. Here are some highlights of 2016.

1. Getting Accepted Into College

This was a major highlight in my year. I worked so hard to get into my dream school and this was just a dream come true! (Bonus: now I get to write for their Odyssey!)

Soccer was one of the biggest parts of my life throughout school, so senior night was a huge deal to me. It may not have been my last game, but it was still a huge one, especially coming back from an injury.

Graduation was one of the biggest moments of 2016. It marked the end of one chapter and the start of a new one (basic, I know).

4. Visiting NYC For The First Time

Visiting NYC was easily one of the coolest trips I have ever been on. It was such a different place going from a tiny little town to a massive city. Seeing all of the major tour sights was unbelievable.

Move-in day was both very chaotic and very exciting. It took a long time for it to even feel real that I was moving into college.

College has brought me the best little bundle of friends. They all contributed to making my first semester the best.

This was just really freaking cool and pretty lucky. I also pet his dog.

Although this was a pretty personal article, I just wanted to reflect back on the highlights of 2016 that overpower lowlights. 2016 has brought so many great things that the bad can't even compare. I hope everyone has a great New Year and focuses on the good!