Liberty and Justice for, well, a few. 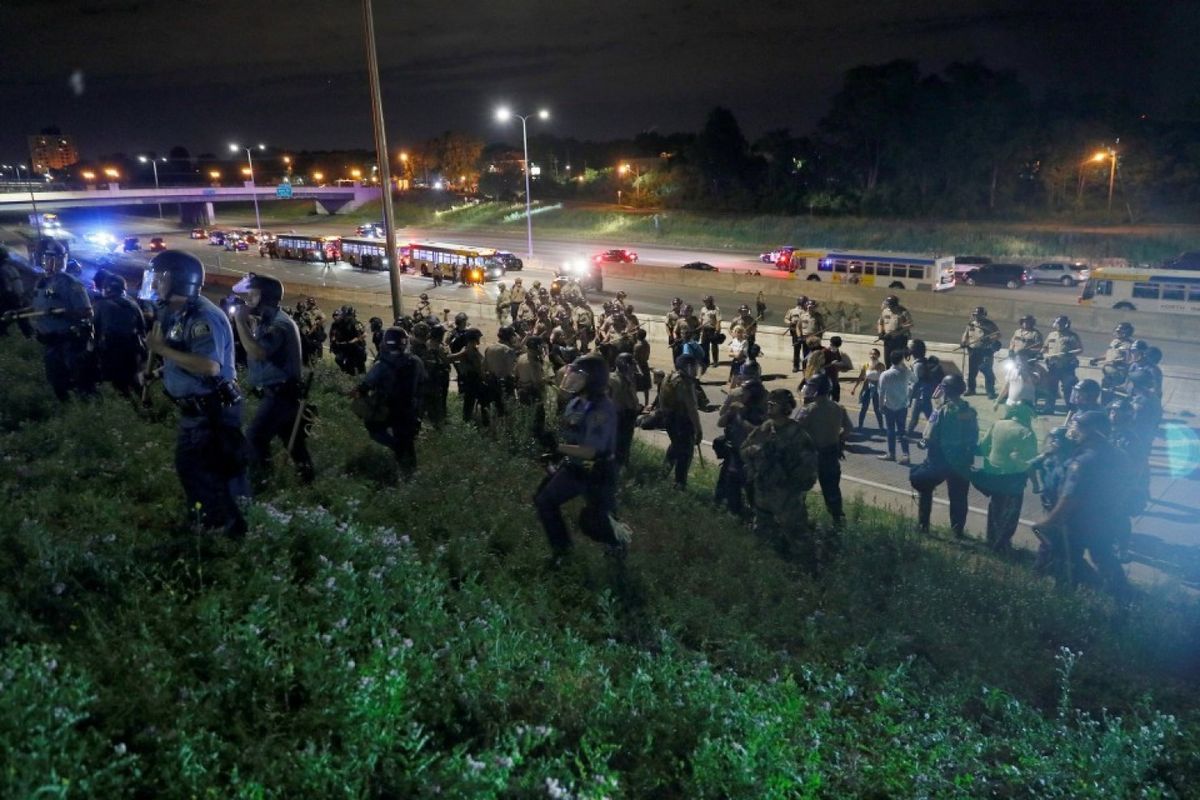 An African-American man shot in broad daylight; a policeman acquitted; a country torn by harsh rhetoric and fools who brazenly defend the policeman simply because he was wearing a uniform –– the story is all too familiar to us. Philando Castile's story is only the latest installment.

Despite video evidence proving his guilt, the officer gets away with murder because we can't abide to think that a policeman actually shot a man, a law-abiding, licensed gun owner, simply because he was wearing a uniform.

Activists have pushed for states and counties to require law enforcement personnel to wear body cameras at all times. While this step would go a long way in improving accountability, in the case of Castile, video evidence did nothing to bring about justice. Which brings us to the deeper, more damaging issue in our criminal justice system-- the fact that we defend racially charged murders simply because the attacker was wearing a uniform. We, who are so quick to distrust our elected officials (and rightfully so), who preach "liberty and justice for all", will defend even the most extreme violence if a police officer commits it.

We're never allowed to criticize the police in America. A certain faction of people will stereotype all black people because BLM activists burned down their cities, but they will never criticize the police, no matter how many times the story of Philando Castile is repeated. Everyone has a dad, a husband or a brother who serves so bravely, who's defending us from criminals and those crazy college students parked in the wrong places (because, let's be honest, that's the only thing most campus police really crack down on), and we're never allowed to criticize them. Sure, many Americans love small government and liberty, and they defend the rights of gun owners like Philando Castile. But God forbid we criticize or convict a policeman of anything, ever.

Have ~dangerous thugs~ attacked police officers and been killed merely in self-defense? Of course! Those cases have happened! But the problems is that white conservatives assume every single police killing is done in self-defense. People brainwash each other into believing the police are above reproach, and then they wonder why the police are so power drunk. They wonder why this story gets repeated, day after day. Philando Castile, Alton Sterling, and so many others will never be brought to justice simply because the men who killed them were wearing uniforms.