Why Carrie Underwood Is Ultimate Goals

If only all celebrities could be as great of role models as Carrie. 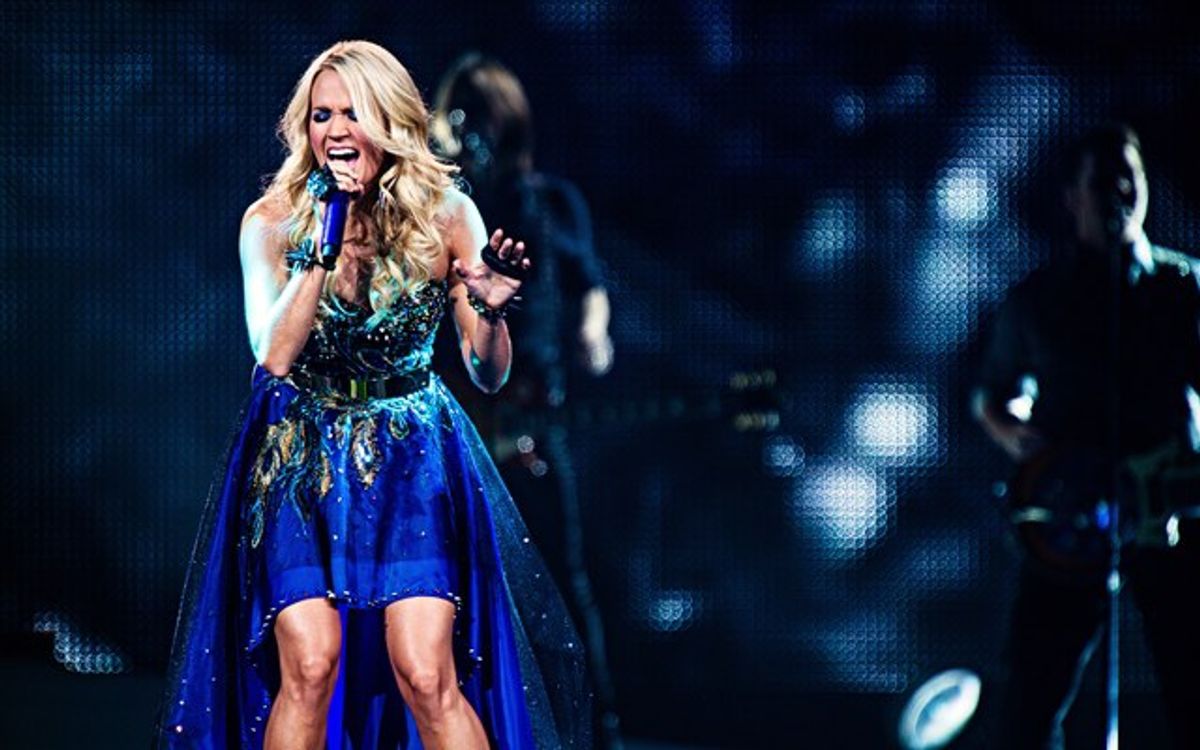 I remember as a kid making it a priority to sit down every week with my family to watch "American Idol." We all loved the show. In 2005, everything changed as soon as I saw Carrie Underwood’s audition. I instantly fell in love and became an adoring, lifelong fan. As soon as I heard her sing, I knew undoubtedly she would be the winner of the show. Her talent and character continued to amaze my family and I as the weeks progressed throughout the season. Every week after her performance was over, my sister and I would race for the phone to call in and place our vote for Carrie. We knew how the season would end, but when 2005’s American Idol was announced on the finale, I could have cried tears of joy along with Carrie as she sang her final performance as the American Idol. She deserves that title more than anyone, as she is everything a celebrity should be: a phenomenal role model who only gives us many reasons to love her.

From small town Checotah, Oklahoma, she’s a country girl who’s stayed true to her roots. Winning American Idol and becoming famous did not change who she is as a person. She’s unpretentious, down-to-earth and caring. From generous donations to the Humane Society and hometown causes, to trips she has gone on to support the military or children in need, she does amazing things for other people. Although her name became known around the world, she does not act as though she’s above anyone else. Just a beautiful, humble soul with extraordinary talent.

2. She’s not afraid to sing about what’s important to her.

Whether it be songs about her family or Jesus, she writes music that means something to her, despite what others or media may think or try to persuade her towards. From her songs "Jesus Take the Wheel" and "Something in the Water" regarding her faith to "Mama's Song" and "The Girl You Think I Am" for her family members to much more of her music, she sings from the heart and about what is important to her. She uses her talent the way she wants to and produces a great message with what she sings.

3. She advocates a healthy lifestyle.

I could probably write a book about my appreciation for Carrie Underwood’s legs alone, but her dedication to fitness is another admirable quality of hers. She promotes many great things, including a healthy and active lifestyle. She has her own clothing line, CALIA by Carrie with adorable athletic clothing that provides further motivation for fitness.

You can’t deny God-given talent which is blatantly obvious through Carrie’s voice. And she sounds even better live.

5. She’s nothing but a good influence.

There is never any bad news or media coming from Carrie. That’s because she is a person who leads a good life and makes good decisions. She does not conform to anything she is not, which makes her everything a respectable person and celebrity role model should be. She offers a unique, refreshing side of fame.

More than her outwardly flawless appearance, her personality magnifies her whole self as a beautiful person all around. She takes time to greatly appreciate her fans and goes out of her way for charity works and projects. Looking beyond herself makes her an admirably beautiful person.

From your first appearance on American Idol to now and into the future, I’ll always be such a fan, and no one could replace you as my favorite celebrity. From your fans and especially me, thank you, Carrie, for being the ideal American Idol.