Why Knowing Your History Is Important
Odyssey

Why Knowing Your History Is Important

The legacy of the slave trade. 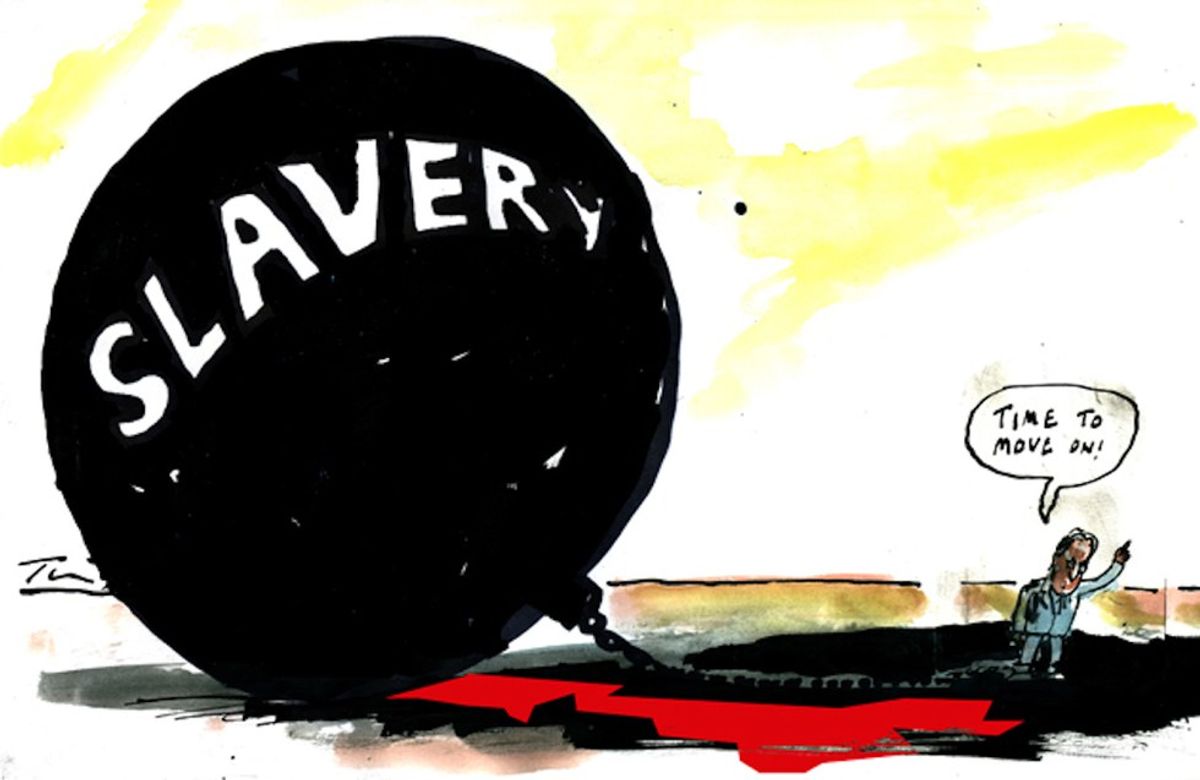 This past weekend I went to see "Birth of a Nation." Save the anti-Nate Parker comments, please, it's based on the story of Nat Turner who was an enslaved Baptist preached on a Virginia plantation owned by the Turner family. A cleric convinced Samuel Turner, the head of the Turner family, to allow Nat to preach to other slaves to squash any notions of an uprising. As Nat began to witness the inhumane treatment of other slaves, he made up in his mind to rebel. On, August 21, 1831, Nat Turner’s quest for freedom ultimately leads to a violent rebellion. As I watched the movie I went through a range of emotions including anger, disgust, physical sickness, and despair. As much as I’ve learned about the atrocities of African Slavery it's still inconceivable that my people were treated in such a manner. They were force fed, whipped, maimed, boiled, mutilated, raped, lynched, and treated as no more than property for four centuries.

Approximately 18 million PEOPLE were deported and an overwhelming 30 million men, women, and children were stolen from their home and sold as slaves in the various slave trading systems. These figures don't even account for the men and women who died aboard the ships. The transatlantic slave trade is the biggest forced migration in history. There were three steps that made up the transatlantic slave trade. First ships left Western Europe for the continent with goods that were to be exchanged for slaves. The next step was to cross the Atlantic where Africans were transported to America to be sold throughout the continent. The final step connected America to Europe as slave traders brought back goods that were produced by slaves. As a result of the transatlantic slave, trade people were placed all over the world in what has been known as the African diaspora. The biggest communities being found in the Caribbean and the United States.

Birth of a Nation reinforced the fact that I don’t really know who I am and that bothers me. Before coming to Howard being Quianna Lewis from Durham, NC, and scribbling African-American on my test sheets was enough for me. Now I look in the mirror at my high cheekbones, my skin, and wild curls and It breaks me down that I like many Black people don’t know where I come from. Lately, I have wanted to trace my roots to figure out what tribe I come from and who my ancestors were. Slavery was dedicated to destroying our connection to the continent, our ancestors' identities, the languages that were spoken there, the traditions, the gods that we worshiped, even our African names (hence why many Black people carry European last names.) Slave masters skillfully robbed our people of any family ties and any sense of self-awareness. Families were ripped apart and destroyed because family bonds meant solidarity and resistance. They were only to think of themselves as property. Our ability to know who we are by connecting with our past in the way that White Americans have has been crippled.

I say this to say that nothing infuriates me more than statements like: “what about the Irish? they were slaves too?”Or “why still live in the past? You weren't a slave let’s move forward.” The amount of people stolen from the continent, the level of barbarism, the institutionalization of African slavery, and the amount of time it went on makes it the biggest atrocity in the world and nothing can compare to it. It's absurd and disrespectful to ask us to move on when the effects of slavery are still plaguing Black people four centuries later. What they went through and the institution that was created not only affected them but their children and their children's children and so on. No, we shouldn't blame every problem in the Black community on slavery or the “White man” however! Much of the plight of African Americans today, is a direct result of the psychological degradation, systemic denigration, and class warfare brought on from slavery. When we talk about the deconstruction of the Black family, loss of tradition, drug addiction, Black on Black crime, housing discrimination, unfair voting laws, the school-to-prison pipeline, colorism it's irresponsible and naive to deflect, deny, and hide the effects that slavery has had and is having both directly and indirectly on Black people.