The Kids of NYCC 2016 (and their parents)
Odyssey
CurrentlySwoonLifestyleHealth & WellnessStudent LifeContent InspirationEntertainmentPolitics and ActivismSportsAdulting
About usAdvertiseTermsPrivacyDMCAContact us
® 2023 ODYSSEY
Welcome back
Sign in to comment to your favorite stories, participate in your community and interact with your friends
or
LOG IN WITH FACEBOOK
No account? Create one
Start writing a post
Entertainment

"Spiderman, can you take a picture with me?" 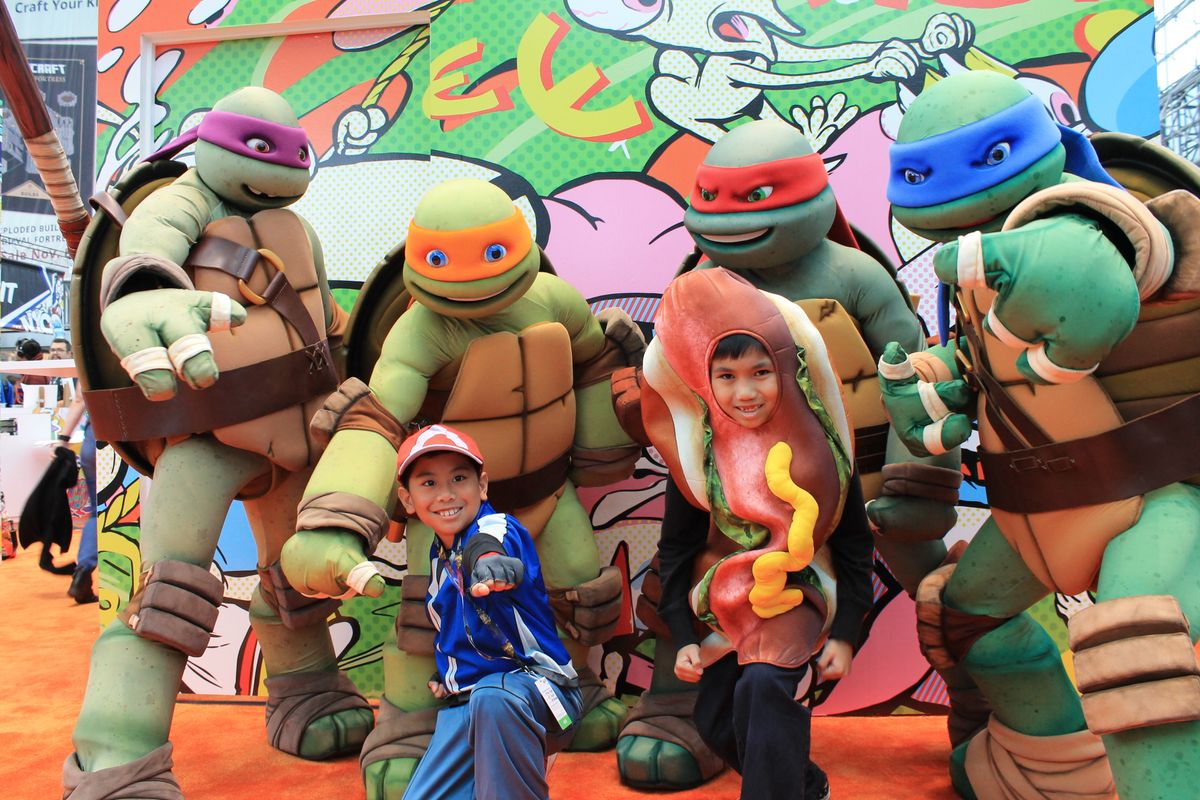 As I stood by waiting for my Spiderman boyfriend to be finished with his photoshoot at this year's New York Comic Convention, next to me was a small kid dressed up as Ironman freaking out about seeing a superhero in person. I knelt down and told the Mini-Ironman that I knew Spiderman personally and if he could , Spiderman would come by and take a picture with him. The kid nodded furiously, obviously ecstatic about taking a picture with Spiderman. I turned to his parents and asked if this was his first convention. They told me it was his first but this was also his older brother's (who was dressed up as Captain America) second time. I told them how blessed their kids were to have parents who would take the time and patience to bring them today. I thought it was great to see parents support their kids in these kinds of things, especially at a young age.

My friend mentioned to me that it was nice to see parents who would pay the money for their kids to come dressed up to enjoy Comicon, as it could be very crowded and stressful but ultimately a great time.

Here is an awesome Super Mario family! Peep their mom and dad in the back dressed as Mario and Luigi. (#Waluigitookaquicknap #notblinking)

I stumbled upon many dressed as Harley Quinn, but this one was definitely the cutest!

Chibi Goku was too excited to pose for the picture, hence the blurriness, but I couldn't stop myself from posting it anyway because of the cuteness.

I interrupted Batman from his afternoon snack, but he was still gracious enough to pose for me. Thank you, Batman!

This mother-son duo dressed up as the hilarious Deadpool

This cute Batgirl even threw down a peace sign

My brother, the Hotdog, and this Star Wars family

And finally, this Hip-Hop Trooper cosplay was cleverly done by this Father-Son duo.

Honestly, the best part of the convention was when their faces lit up when I asked just to take their picture. I even took a picture with Carrie Fischer (Princess Leia) and her dog so that should say something.

I really hope to see more parents and their kids at the next NYCC. It's awesome seeing parents and kids enjoy the same thing. I guess that's the power of being a fan of pop culture. You’re never too young or too old to love comics, graphic novels, toys, anime, manga, video games, and movies. These joys in life are timeless and the fact that a 6-year-old can love Batman just as much as I do? Awesome.

Fun Fact: I wore a matching hot dog costume with my younger sibling and needless to say at the NYCC, you can be anything you want to be!