The Internet, Social Media And Bullet Holes
Odyssey
CurrentlySwoonLifestyleHealth & WellnessStudent LifeContent InspirationEntertainmentPolitics and ActivismSportsAdulting
About usAdvertiseTermsPrivacyDMCAContact us
® 2023 ODYSSEY
Welcome back
Sign in to comment to your favorite stories, participate in your community and interact with your friends
or
LOG IN WITH FACEBOOK
No account? Create one
Start writing a post
Student Life

The connected dots that link our generation 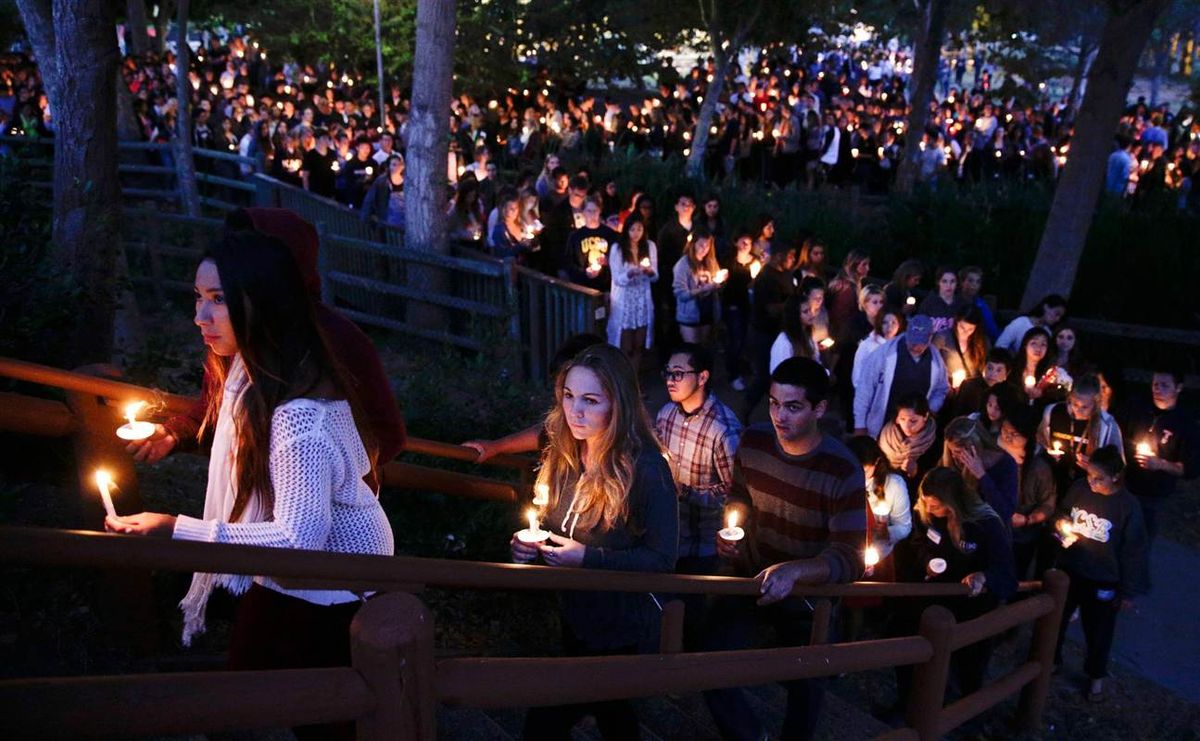 Like any other millennial, when I wake up I instinctively check my phone.

On October 2nd, 2017 when I did, I immediately saw two words, "Las Vegas" and "shooting", splashed across news outlets and social media.

As a millennial the longest most influential relationship in my life is with mass shootings. This is because by today I've lived through over 100 and counting.

Many of which have been called "now the worst mass shooting in modern U.S. history."

I can't help but think how the degree of separation between any of us and these events don't seem to exist anymore.

Any of us can remember exactly where we were and what we were doing for every massacre in our lifetimes.

Most of us can remember first watching countless scenes on television of students running out of Columbine High School with their hands on their heads or dangling from broken windows trying to escape.

It was then that our perspective on our peers and our culture and our security all started to change. In school we participated in "active shooter drills" and watched videos detailing how to survive a mass shooting.

Then not long afterwards, 9/11 happened and our generation went from cautiously skeptical to completely terrified. It was another seminal moment in our collective development.

We were very quick and eager to turn on one another. Every one debated about who or what was at fault. Which we know if history has taught us anything, there is no easy answer.

With Virginia Tech we saw that whether it was racial, cultural, or religious it brought forth an ugliness.

An ugliness that we saw again and again whether it was at a shopping mall in Omaha, a U.S. military base in Killeen, a grocery store parking lot in Tuscon, a movie theater in Aurora or a night club in Orlando.

Each one was an opportunity to advance personal and political agendas. All which is a top priority nowadays after a mass shooting.

We are a country that solely operates on our fear. We have let our politicians and talking heads and online forums dictate conversation about how "now is not a time to talk" about gun violence.

But it is. We shouldn't loose sight that we could have all been victims. No one was safe. Not even our own brothers and sisters and own children.

After Sandy Hook, our gut reaction was that things would surely change but it did not.

Following was Santa Monica, Santa Barbara, Charleston and many more I'm forgetting but there's too many to count. So many that we've become desensitized.

Our generation needs to talk about our role in the fight against violence and actually do something. This is not just a political issue - it's a looming menace in our daily lives.

We grew up on these shootings.The victims and unfortunately the shooters are people we personally know.

If any shooting has taught us anything it is that we cannot watch any more of our friends and loved ones die.

Let's not only remember the deaths of the innocent but what we did to finally make a change.