The Importance Of Telling Your Story

The Importance Of Telling Your Story 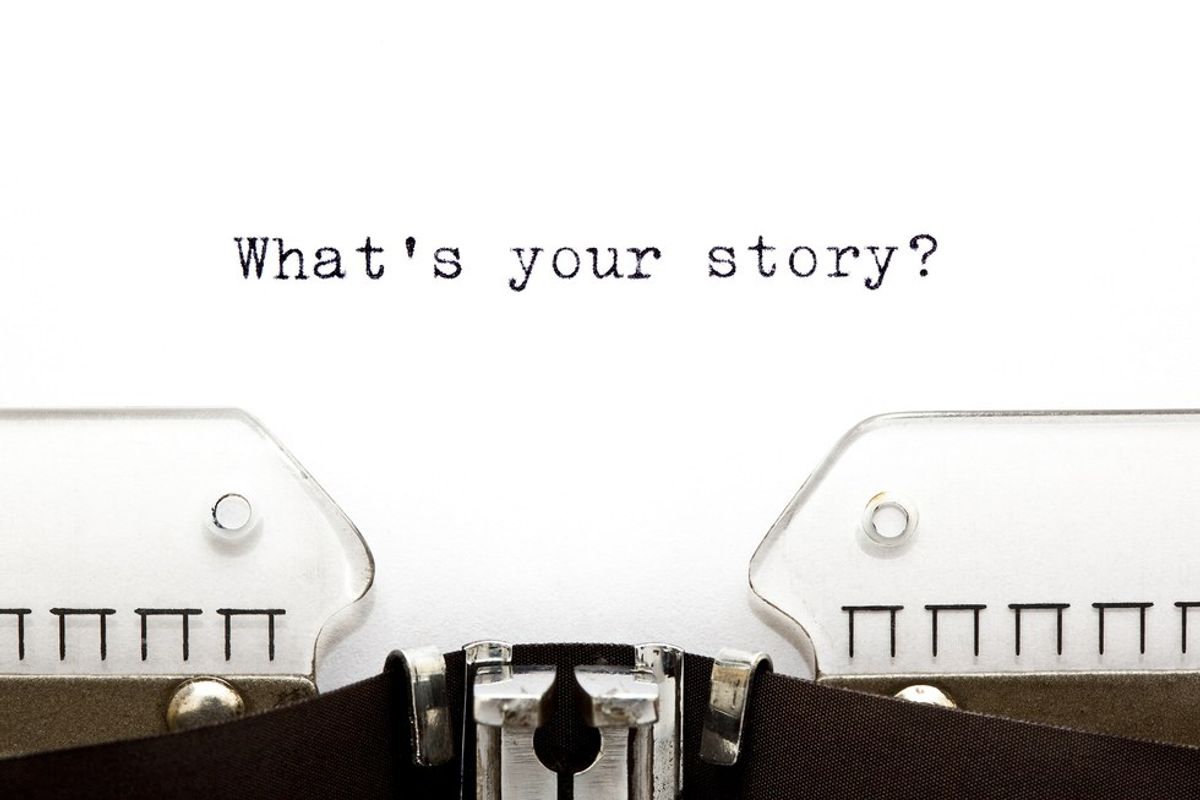 One thing I have always struggled to cope with is my blatant imperfection. Over the past few years, I constantly found myself trying my best to say the right thing, act the right way, and essentially, be the right person. I would do anything to fit in. However, my greatest fear was that someone would learn the truth about me: I was different. This is not in the sense of being a unique snowflake among millions of other unique snowflakes. I was different in the fact that there was something wrong with me.

A chemical imbalance in my brain threatened to shatter the facade of a personality I created for myself. On the outside, I seemed fine. But on the inside, I was terrified. Would people treat me differently if they knew about my mood disorder? Would they stop talking to me altogether for fear that I may lash out? Would I have no support system left?

These questions filled me with anxiety on a regular basis. It was anything but healthy. So for many months following my diagnosis, I kept it a secret. I figured as long as no one knew about it, I could pretend to be normal.

And yet, something felt wrong about it. I couldn't shake the suspicion that I was living an inauthentic life. This illness is a part of who I am: it does not define me, but it is often an explanation for my quirks, flaws, and all of the other things that make me who I am. How could I possibly keep that a secret from the ones I love?

I knew that I couldn't be completely happy with myself until I came clean, but I just didn't know how to go about it. Mental illness isn't exactly something you thrust upon your family and friends. It's a tough subject to tackle.

In the midst of my near identity crisis, I enrolled in an advanced radio production class offered at my college. Little did I know, this class would change my outlook on life. Under the instruction of Paul Crutcher, I discovered the true healing power that comes with telling your story.

For our final project, my classmates and I had to produce our own audio documentary. We were to record, edit, and submit our assignments within a short 6 week period. Initially, I planned on producing my documentary about something arbitrary; maybe my adjustment to a new college, or my passion for theatre. However, a week into the venture, I knew what I had to do.

Vulnerable and truly scared to death, I worked tirelessly at painting my story with sound. Weeks of endless script writing, meticulous editing, and anxiety attacks left me with the final product: an unapologetic narrative of me.

Producing this documentary has been a journey in itself. In the beginning, I was only after a good grade to pad my GPA. But when I actually started off on this endeavor, I realized it was so much more than that. I discovered that my story was one to be told. Putting myself into this rigorous and exhausting position made me understand that I should not be ashamed of who I am.

I used to be terrified of my flaws, but now I am learning to embrace them. By using this documentary to tell my story, I have also seen the support it has lent others struggling with the same things. I think that has been the most rewarding aspect of it all.

For once in my life, I can finally say that I am proud of myself.

Words are the most powerful symbols on the planet. Raw emotion can flow through words like water through rapids. And when these words are your own, you can fully realize the overwhelming power of telling your story. It can be a wild ride, but in the end, it's so worth it.

You may only get one chance to tell your story, so my advice is to simply take advantage of it. You never know the lives it may touch and the true healing that can wash over you.