The Importance Of Multilingualism In Today's Society

The Importance Of Multilingualism In Today's Society

How will multilingualism benefit you? 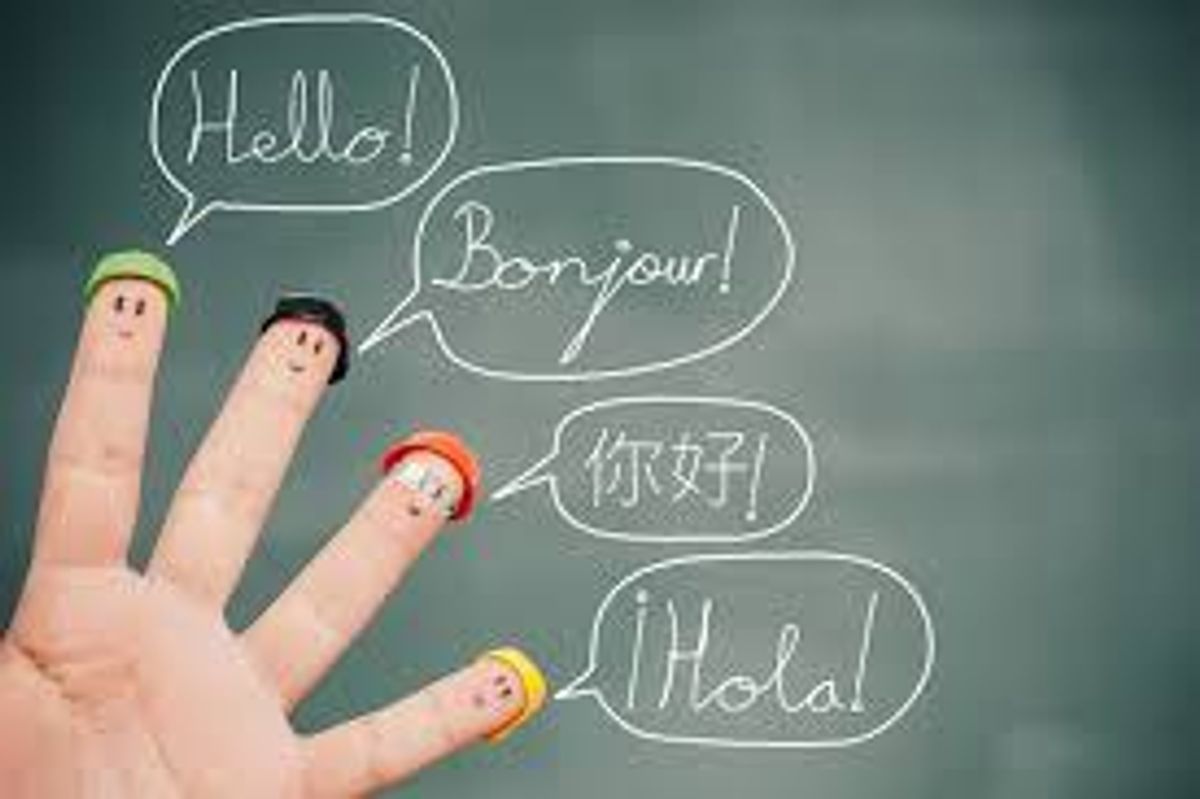 Languages are connections to culture, history, people, and knowledge. The spoken and written word have evolved in the millennia humans have walked the earth to expand understanding. Gestures, dialects, and customs now vary geographically and only one word remains the same in nearly every language -- "Huh."

Thanks to the powerhouses of the world, including the United States and the United Kingdom, English has become the dominant language in the West and is being taught to students across the globe. Someone who speaks Punjabi and someone who speaks Italian are more likely to communicate in English than either of their native languages.

This has lead to an "Everybody speaks English these days" mindset, which in turn leads people to perceive multilingualism as less important.

Taylor Long, an incoming freshman at UNCW believes the importance of multilingualism depends on the language.

"As long as you can speak English, the dominant language of America and many other developed countries in the world, you should be fine for the most part." said Long.

Sam Dijak, an incoming freshman at UMBC, does not believe multilingualism is as important within US borders today.

"I don't know any other languages and I have never found myself in a situation where I needed another language." said Dijak.

Chinese, Hindi, and Spanish are the most widely spoken languages worldwide, followed closely by English and Arabic. Each language holds a rich history and many often reflect what is most important to them through their words. Arabic, for example, contains many words with some form of the suffix "-Allah." While Allah is the Arabic and Islamic form of God, phrases containing Allah are used by secular and religious alike. Historically, Arabic speakers have been very religious so as a result their language mirrors it. The same phenomenon emerges in nearly every language and by learning new words, people often discover a new way of thinking.

"Becoming bilingual or multilingual makes learning other languages exponentially easier, as well making a person more well rounded. It aides in becoming more culturally aware, which in today's society is crucial due to the exploding diversity found within the U.S." said Weitzman.

Daniel Oliveira, an incoming freshman at UNCW echoed Weitzman's perspective and also finds multilingualism to be a positive attribute.

"As a trilingual individual, knowing a different language helps to not only develop more plasticity in the brain, it helps you connect with others on different levels. In some areas of work, that connection could mean a raise, a perfectly coordinated project, or an opportunity to travel. Most professions are international, and just because English is one of the most widely spoken languages does not mean all have learned or mastered it." said Oliveira.

American jobs have expanded to cover new time zones, cities, and continents. Thanks to new technology and global society, "boring" desk jobs now connect with people across the world. Knowing another language could be useful in the hiring process since multilingual individuals often act as translators in business deals.

Bronwyn Roseli, a rising sophomore at William and Mary College and alumnus of the American School in Paris believes businessmen and women only benefit from learning new languages.

"I think it's an advantage in your future and a marketable skill as well as interesting to explore the language in itself," said Roseli. "It preserves history and culture, even though language is constantly evolving."

It's not hard to understand why someone who wishes to travel would want to learn a different tongue. But what about those who plan on staying in the U.S., aside from occasional trips abroad?

Brook Hoff works at Habanero's, a Mexican restaurant in Westminster, MD. Like many ethnic restaurants, Habanero's hosting and serving staff mostly speak English, whereas chefs speak their home language while preparing traditional cuisine. The language barrier, according to Brook, is as obvious as the kitchen doors.

"I can't speak a lick of Spanish, and they can't speak any English. It leads to a lot of miscommunication in the restaurant. There are so many different languages spoken in the U.S. now that are overtaking English, especially Spanish, and being bilingual is just more convenient." said the hostess.

To skeptics, learning a new language seems tedious, time-consuming and difficult, especially if they only plan on using it occasionally. To supporters, language learning leads to countless opportunities to connect with other people and cultures.

Multilingualism is important for many in American society, however, to those who wish to live, work and travel to places where English is dominant or is understood, it is not necessary. The importance of multilingualism is unique to individuals and their circumstances.