The Importance Of Opinion

Where would society if no one believed in anything? 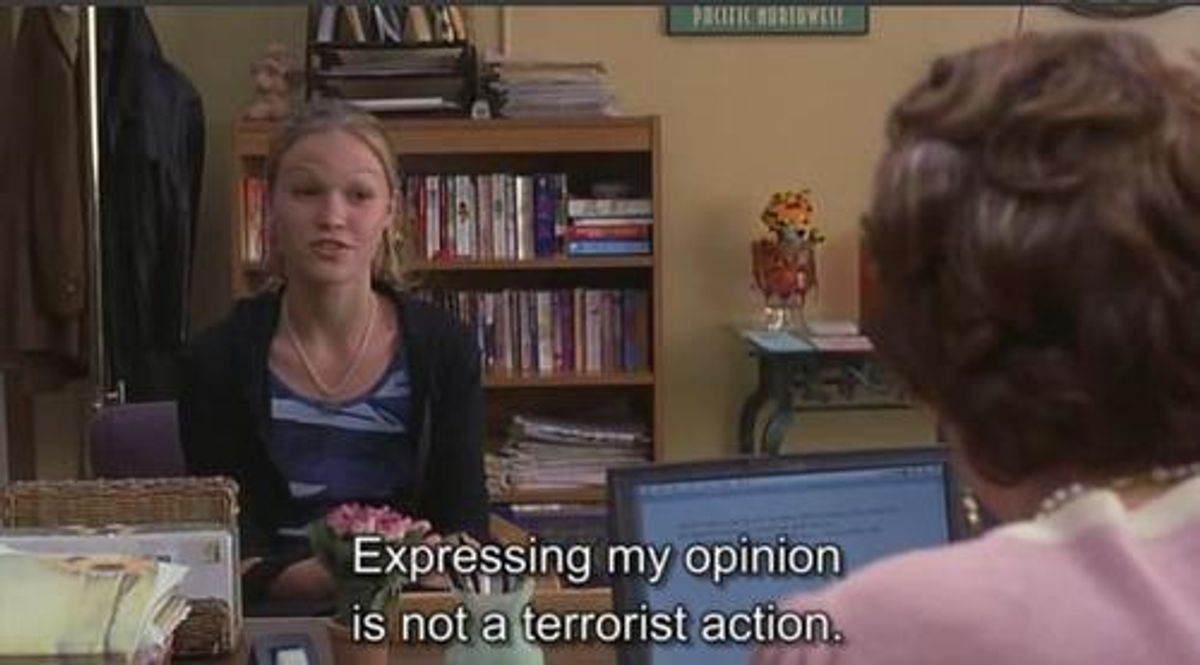 Think for a second about every history class you've ever had. Think about all the change that has happened between the different time periods you learned about. Where would we be if someone hadn't thought that there was a better way to do something than the current way? Would we still be building houses of clay and using stone tools? Someone had to advocate for this change. Someone had to believe or have the opinion that it was necessary and most people probably disagreed with him at the time.

Expressing your opinion is one of the few ways, if the not the only way, society progresses. Almost every change throughout history was only able to occur because someone communicated their belief that it should. If those thoughts were never verbalized, who knows if the change ever would have occurred.

Opinions are not only important in igniting change, but also they help in defining the kind of person you are. Having an opinion shows passion, determination, and knowledge. It shows that you are capable of taking a stand and you are willing to defend something you believe in.

Simply having an opinion helps to prove the kind of person you are and opinions themselves separate you from the masses. The collections of opinions you have can differentiate you from the rest and make you a unique individual. Being different has long been considered a scary thought to most. However, if we didn't have our own thoughts, feelings, or beliefs about certain things, life would be boring and no one would be challenged.

When the Red Scare occurred and McCarthyism prevailed throughout America, only one side was voicing its opinion that certain people are communists for irrational reasons. Those who believed that people were being interrogated and accused without true purpose did not voice their opinion that it was absurd out of fear of being accused themselves.

Everyone has his or her own opinion, but problems arise when people are afraid to unveil them like during the Red Scare. However, they are beliefs, not facts, so they can't be wrong or right and everyone is entitled to one. After all, there is a reason the first amendment to our country's constitution prohibits censorship and the restraint of its people's opinions.

What would our world be without the expression of opinions? While they are capable of getting you into trouble at times, the progression of society and humans as a species relies on them. Any time I wrote an editorial for my high school's newspaper, my mother was always worried that it could have a negative effect on everything else in my life. While she was right in that negativity could result, I always brushed her off. I believed then and I believe now that you should always stick to your opinion and never be afraid to voice it. You don't need someone's permission to have one and you shouldn't let anyone stop you from conveying yours. Everyone could disagree or everyone could agree but neither determines its validity. No matter what you say, someone, somewhere, will be offended and it's important to remember that it is impossible to please everyone but it is necessary to share what you believe in.