Many of whom deserve to live here 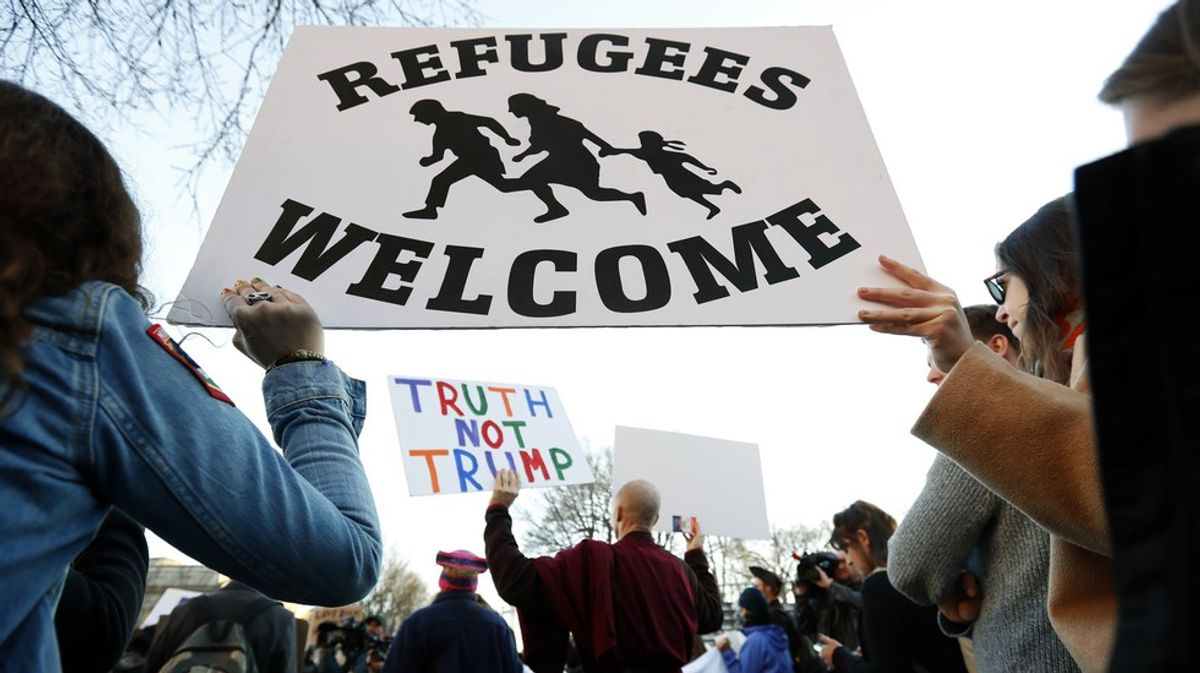 In light of the recent ban or "temporary ban" on Muslims entering the country, I've felt another surge of contempt in my soul. It appears to me, that this current administration and those who support it have absolutely no idea about the status of immigrants in the United States. So I'd like to presents some facts to combat this wave of alternative facts.

1. Trump claims that millions of immigrants are criminals.

Oh lord have mercy. If this man knew anything about reading he might've made a decent president. But he clearly doesn't have any clue about how many immigrants are actually criminals. According to fivethirtyeight and the pew research center, only upwards of 800,000 immigrants have criminal records and 140,000 are already in prison. On a national scale, that's a pretty small number. This immigration problem is highly exaggerated.

2. Being harmed by an immigrant

You're gonna laugh at this. But I'm not joking at all. You are literally more likely to be killed by an asteroid than you are by an immigrant. The chances of an immigrant killing you is 1 in 138 million. To put that in perspective, that would mean that only 3 people in the U.S. would kill you at any given time. And we want to build a wall to keep immigrants out of the country? Why? Even the chance of you dying from a terrorist attack on U.S. soil is less than 1%. Way less. So why are we going to spend 20+ billion (tax) dollars for a border wall that we literally don't need?

Well, immigrants pay taxes. An estimated 12 billion dollars in taxes I might add. Immigrants made up almost 17% percent of the U.S. workforce in 2015. That was only a little over a year ago. You would deport those people? Do you know how much money we would lose per year? How many jobs would go unattended? These figures are straight from the Bureau of Labor Statistics (BLS), something Republicans are fond of distorting.

Someone please tell me why we are supporting a ban on immigration? It is the biggest economic screw up that we could come up with at this juncture. Trump is just a populist using catchy rhetoric to appeal to an ignorant group of people. This cannot stand.