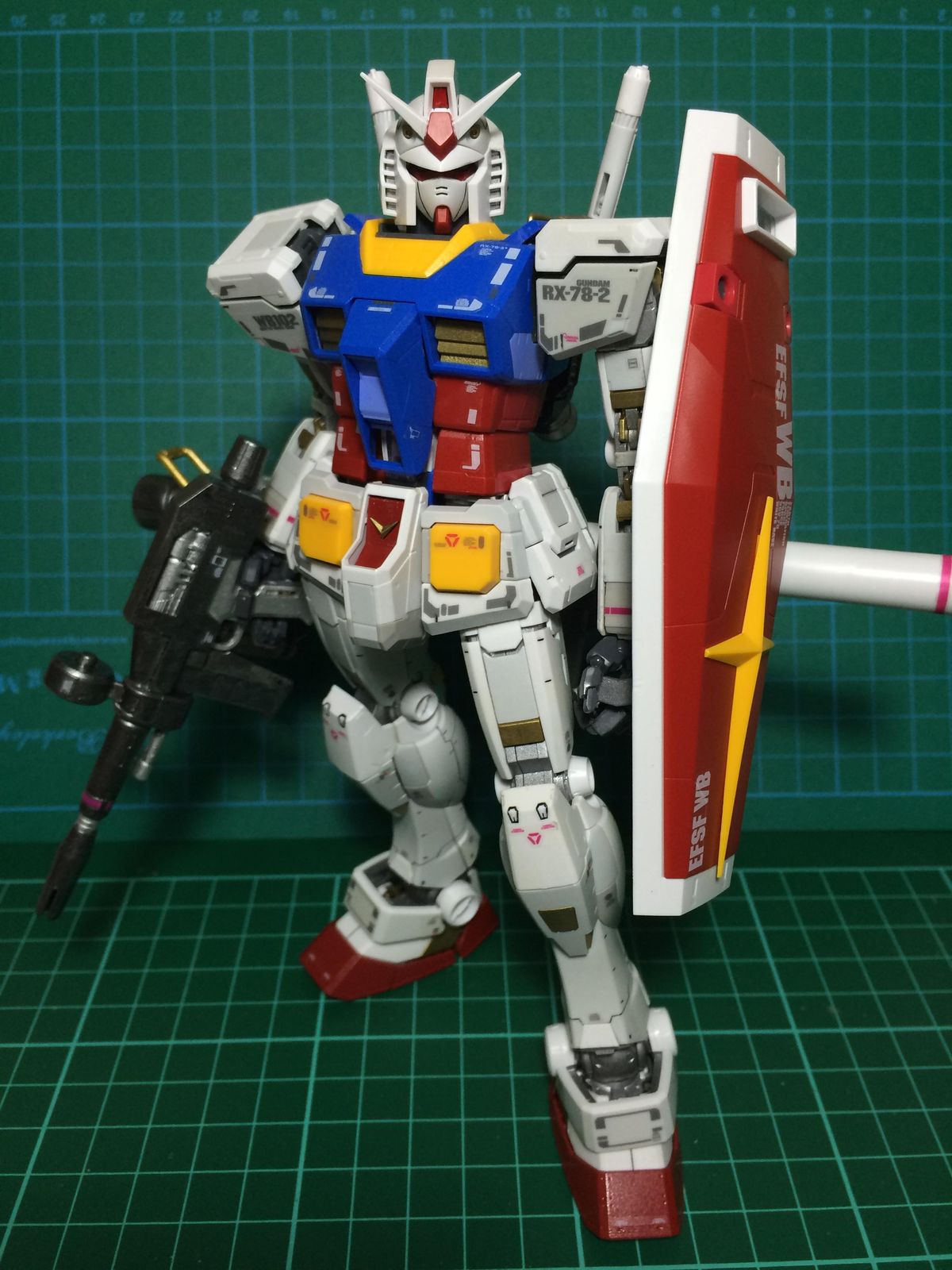 Model building has been a hobby past time for over a hundred years, and each country has their own market and way of making model kits. When people usually think of model kits, they think that of trains, planes, and cars as the main market for those who want to get into the hobby or already into it. But model kits go beyond those three markets, especially when across the Pacific and now in America, science fiction anime series like Mobile Suit Gundam has started to make headway in the model kit world.

Gunpla is an amalgamation, between “Gundam” and “plastic.” You have the root of what the models are centered around which is the universe of Gundam, and the material that most models are made from, which is injected plastic kits.

When the original Gundam series was released in 1979, Japanese television shows were funded by toy manufacturers in order to sell toys to children. Since models seem to be the step above owning toys, the Gunpla market began to grow once the series ended. Due to how well received Gundam was through its marketing of Gunpla, Gundam has been a house hold name in anime and science fiction for almost 40 years.

There are different sizes of Gunpla to buy from different Gundam series. The sizes are determined by what the theoretical heights would be if the mecha from the Gundam series were to exist in the real world and then scaled down for people to work on building them to display comfortably in their homes.

These sizes are also categorized in different “Grades” for modelers to build. The one that beginners can start out with (and pros to have fun with the most) would be the 1/144 High-Grade kits. These kits, when completed, will stand between 4 to 6 inches in height give or take, and don’t take up too much space on a shelf if someone were to display them at home or at work. The next step above High Grade is Master Grade, which the scale would be 1/100, which can stand between 8 and 10 inches when completed.

Although they are larger kits and require more detail and time to complete them, they do stand out to be more impressive than the High-Grade kits. If one were to throw down over $100+ on Gunpla kits, you have the Perfect Grade kits, which scales at 1/60. These can range from up to one foot or more depending on the scale of the Gundam in the series its scaled from. These have greater detail and time to complete than the Master and High-Grade kits but are more impressive to see when completed.

If someone were to be interested in wanting to obtain a kit in America, there are plenty of places people can pick one up at. Barnes and Noble book stores have been selling Gundam kits for a few years now, and do range from High to Master Grade. Some comic book stores and hobby stores would carry them also, but major retail stores like Hobby Lobby or Michaels may not carry Gunpla. There is a helpful site to search in your state on where you can buy Gunpla from, so it gives a person a good start in where to obtain them.

Gunpla kits first started to be sold in America when Gundam Wing aired on Toonami in March of 2000, and for a number of years, retail stores like Toys R US, Walmart and Target would carry them. After a while in the mid-2000’s, Gundam popularity was diminishing and the models and figures would be discarded off the shelves for the later part of the 2000’s.

It’s only in the past few years that Gundam is now being sold in stores again, meaning more Gunpla to buy. I couldn’t be happier to see Gunpla in retail stores for people like me who never really gave up on building them over 15 years later.

For more information on Gunpla, check out this helpful podcast all about the History of Gunpla, and this helpful site Gunpla 101.