Don't apologize for just wanting to be friends

Being a friend is wishing the best for someone, even if that isn't you. 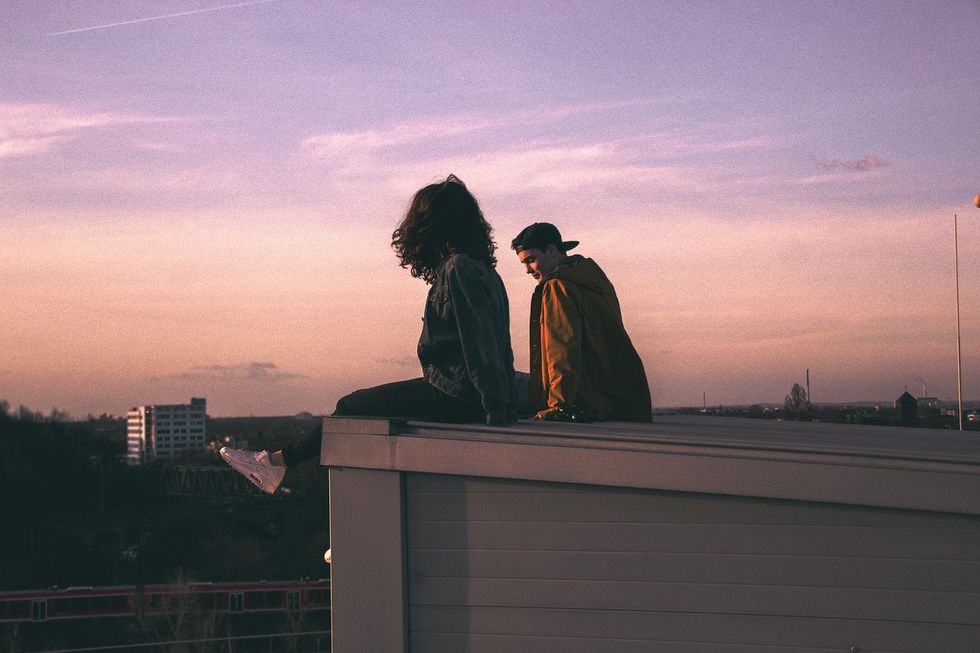 This is an issue I have recently become very passionate about, so welcome to my TED Talk. Recently my dear friend Azalee Aprile showed me the light. She was noticing a pattern in my life, of me apologizing for not wanting to be with someone, and wanting to be friends and nothing more.

The idea of the "friend-zone" has been around for a long time, it has been crushing people left and right.

It is usually depicted in the classic romantic comedy. The man pines after the girl, he's the nice guy, the best friend; in the meantime, she galavants off with the "wrong guy". The friend then eventually gets her to realize that he's the one for her, and happily ever after. Or he never gets the girl, and is "friend-zoned", how awful.

I have now noticed that myself and my some of my girlfriends over the past years have felt sorry when we've not wanted to be romantically involved with someone. The guy runs and says he got "friend-zoned", and the girl is then made to feel bad.

The friend zone doesn't exist, its called being a friend, or not being in my life.

If you care about this person enough to want to be romantically involved, then you would want what is best for them, even if that isn't you. You would want to be their friend and be apart of their life, not take off right after she says no. A friend -- someone who is there for you in all sorts of life predicaments. A friend -- should want this person to be happy, even if that means watching them fall in love with someone else. If that's what this person who you got "friend-zoned" by wants, then you should support them, no problem. Be the friend through and through, and look out for them.

I admit I've fallen victim to this as well, I have gone on "pity dates" cause I felt bad, and I'm sure I've been taken on "pity dates". Really, who is this helping? There are no winners in that, and someone ends up getting hurt.

From experience, it makes everyone feel uncomfortable and you feel taken advantage of. Sadly it makes you think that the whole time the friendship was a lie, that it was never genuine because they had other intentions since the beginning. I came to realize I didn't owe them anything because they were the "nice friend" who was miraculously there whenever my boyfriend let me down. Coincidence? No. Cringe? Yes.

This goes for everyone everywhere, to the people who are doing the "friend-zoning", you're helping them. You're not leading them on, you're not giving them false hope, you're telling them how it's gonna be, you're helping them so they can then move on and find who they are supposed to be with.

Now all of this isn't to say that you can't be in a relationship with your best friend, those are the best relationships I've personally had. But if you both aren't on the same page, then stop right there, and also recognize that you deserve better. You deserve someone who will want to be with you, go to the ends of the earth for you, and be your best friend. Win, win, win.

You don't become "friend-zoned", you become a friend.

8 Reasons Why You Shouldn't Give Up On Long Distance