If you don't vote, don't complain 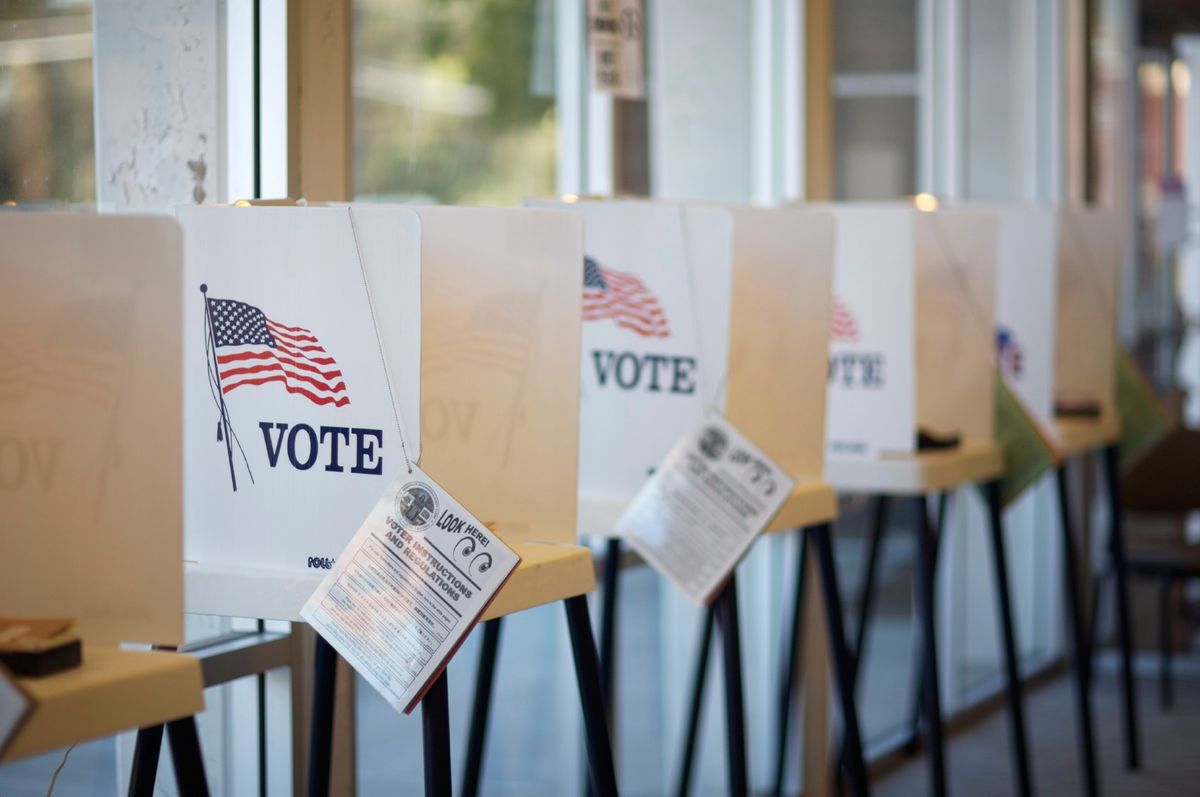 With the use of social media, online news sources, and a society in which its members are in constant communication, it seems almost impossible for one to avoid the daily bombardment of reminders concerning the various presidential campaigns.

As I listen to NPR and scroll through my news feed, I encounter photos, interviews, articles, and commentary regarding such presidential candidates as Bernie Sanders, Hillary Clinton, Jeb Bush, etc. Many publications and broadcasts inquire as to the candidate's validity, long-term goals and values, and (depending on the source) provide the candidate an opportunity to elaborate on how they will implement their vision. Given this widespread availability of information, it’s troubling just how many citizens willingly choose to waive their right to vote.

Statistics alone will verify that many Americans do not utilize their right to vote, thus engaging in what is known as the “Free Rider Problem.”

From an economics perspective, a Free Rider is “a person who chooses to receive the benefits of a ‘public good’ or a ‘positive externality’ without contributing to paying the costs of producing those benefits.” A common example of free riding includes people who sneak into a movie without paying, or in this case, refusing to vote. To elaborate, it is a popular opinion among many that if the “number of voters on one side of an election is in the tens of millions, no individual's vote is likely to matter at all,” states the Stanford Encyclopedia of Philosophy.

This becomes a greater issue, however, when this ideology is shared among a large number of people. If enough people believe that their vote doesn’t matter, their choice not to vote ultimately affects the outcome, or rather, what could have been the outcome.

An article published by the Washington Post examined data regarding votes in the 2014 midterm election. Journalist Scott Clement summarized by stating, “A meager 36 percent of eligible voters cast ballots, 5 points lower than in 2010 and the worst turnout rate since 1942.” “Reasons” Americans gave for not casting a ballot, Clement says, include “being ‘too busy,’ [...] followed by general lack of interest, illness, being out of town, simply forgetting, and disliking the candidates or the issues.” Clement further notes that “few people blamed registration issues, inconvenience, transportation issues or bad weather.”

What is most invigorating about the presentation of such data is that it emphasizes an indifference with which citizens regard their right to vote. A right, which for many was not granted without severe struggle. For centuries, the right to vote was denied not only for women, but for African Americans and Native Americans, as well as many others for their religious affiliation. In waiving one’s right to vote, therefore, one is ignoring the numerous obstacles that their predecessors faced in order to obtain what was guaranteed at birth for only a select few.

The aforementioned study did not categorize or specify who these “non-voters” were, nor did it provide insight as to their backgrounds or their socioeconomic status. This is worth noting because, while it is easy for individuals such as myself to make generalizations and assumptions that people choose not to vote simply because they don’t care, doing so is not a fair representation.

So, who are these non-voters, you may ask? A study released shortly after the 2014 midterm election found that those who were most unlikely to vote are “demographically distinct” from likely voters. Firstly, they are young. The study found that “thirty-four percent of nonvoters are younger than 30 years old” and 70 percent are younger than 50 years old. Secondly, they are racially and ethnically diverse. “A full 43 percent of non-voters are Hispanic, African American, or other racial and ethnic minorities,” the study reports.

This information prompts more questions than it offers answers. For example: why do so many young people refuse to vote? Why would those who are “less affluent” not cast their vote if it could potentially offer them more financial stability?

There are many reasons why people choose not to vote, some of which may be more acceptable than others. As explained by Journalist Sam Fulwood III, civic engagement is best exemplified by voting and “depends upon an engaged and informed citizenry. But in America, it’s hard to be a good citizen if you’re poor, ignored, or vilified.” For some, Fulwood, states, “Life is just too hard to worry about lofty issues such as public policies and partisan political intrigue. Indeed, among too many poor and minority Americans, voting and choosing elected officials just isn’t viewed as essential to their lives.”

While Fulwood does have a valid point, I would argue that voting is, in fact, essential to their lives, for it is by voting that citizens are given the voice to change the society in which they live. Granted, it can be difficult for the working class to submit their ballots if only given a brief window of time to do so without missing work. In response to this issue, I suggest other states follow Oregon, California, Hawaii, Colorado, Arizona, and Montana's system of allowing its inhabitants to submit their votes via mail. Doing so would eliminate some of the stress involved in the voting process.

Additionally, Franklin D. Roosevelt once said: “Democracy cannot succeed unless those who express their choice are prepared to choose wisely. The real safeguard of democracy, therefore, is education.”

Regardless of one’s reasons, in choosing not to vote, individuals are ultimately making the conscious decision to have their voices silenced. My personal response to this choice is simple: I only request that if you don’t vote, don’t complain.
Report this Content
This article has not been reviewed by Odyssey HQ and solely reflects the ideas and opinions of the creator.