The Fire In Our Lives
Odyssey

The Fire In Our Lives

Water only put out one of the fires on the night that changed my life. 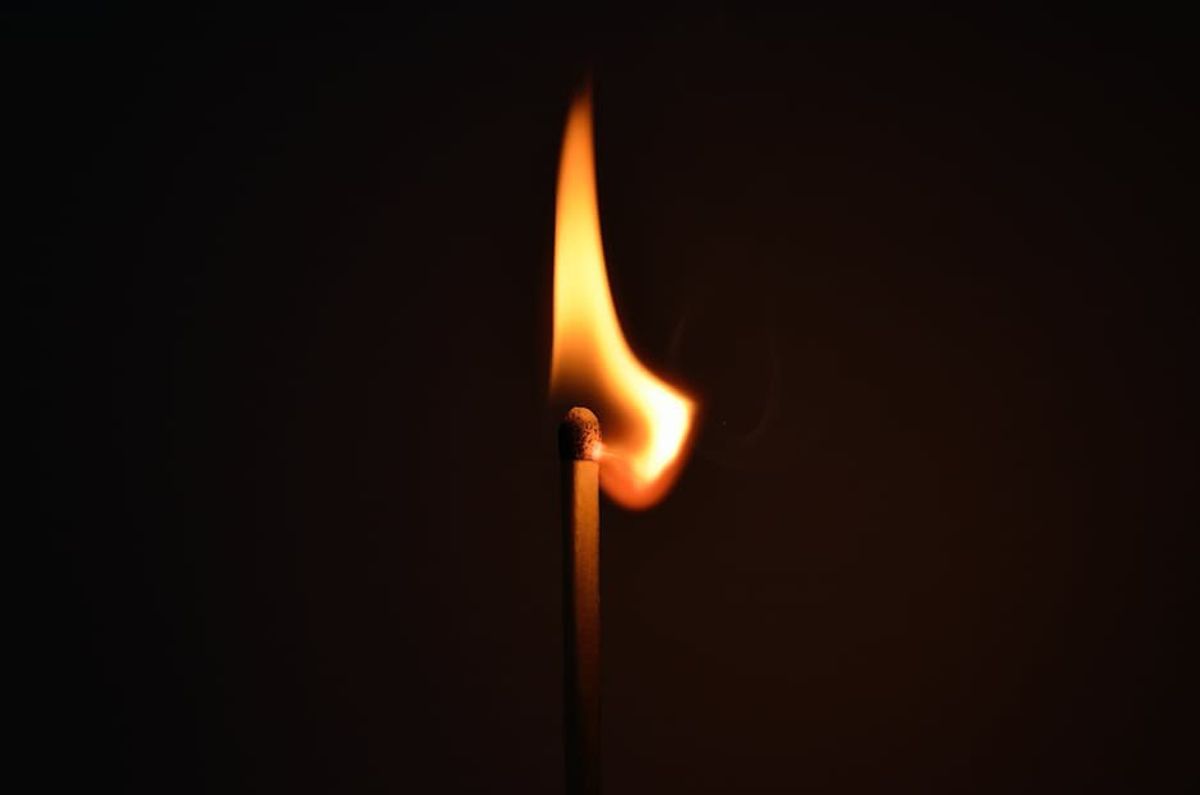 I remember the night like it was yesterday. A feeling of final comfort and relaxation brewed inside me before my life began to spiral downward into the current continuous quandaries. It was two days after Christmas, but the night was quiet and soothing.

My stepsister, a wonderful addition to the family, was taking care of me while my mother and other sister were out for her birthday. When thinking about that day, I can picture myself lying on the floor in the living room, ten years old, playing my new Christmas gift, a Playstation 2.

The state of oblivion, caused by the distracting technology, made me unaware of the burning smell that had started to fill my house. After losing the battle on my game, I looked over and saw smoke traveling down the stairwell connected to the living room.

Luckily my brother showed up at this point and noticed the smoke from outside. He ran in yelling “Something is on fire!” I didn't believe him because he constantly joked about things to make us second guess ourselves. But this time, Trevor wasn’t joking. As he ran upstairs with a bucket of water, he noticed that my mattress in my room was on fire and my lamp was laying there, sparking. He quickly dumped the water on my mattress and told us the news. “The fire is out,” he said.

Everything went back to normal. He left and again, we began focusing on the important things-- our technology. Two hours later, my mother came home and ran inside screaming for us to get outside because my bedroom was on fire. At this time, we looked up and could see the black smoke flowing down the stairs, filling the living room. We quickly ran outside and got into the car, my sister in shorts and me wearing boxers, increasingly uncomfortable and cold.

I was worried. I continued to think about what I had done wrong. My mom continued to look at me and frown, knowing that I was upset and confused at the current situation. Suddenly, I remembered that I left the most important thing to me inside the house. I ran outside and sneaked into the house through the back door. I scurried into the living room and grabbed my PS2 before the water struck it.

One would think that the screaming coming from my mother would be because of the house burning down, but instead it was because I ran inside to grab my most prized possession. As we were arguing, my mother immediately stopped as the firemen walk up to my mother's most prized possession, which she received for Christmas from my dad. They walked up to double French doors and swung the ax. If I regret anything on that night, it would be seeing my mother's face when they smashed her doors to get inside. Boy did she cry. My dad was a truck driver, so it was hard to get a hold of him during our time of need. Unfortunately, when we did hear from him, his voice wasn’t the only thing that we heard.

Many people would wonder why I am telling this story, but this night was inspirational. A known saying is “There are some things that money can’t buy.” As my house was burning down, I focused on my PS2, my mother focused on her French doors, my sister focused on the pizza brought home from my sister’s birthday and my father focused on a second type of happiness-- someone else.

The one thing we never considered was how everyone was doing at the time of this incident. This was the first time that I realized my family would never fully be together emotionally.