The Feelings Of A Tennessee Fan During The 2016 Season
Odyssey
CurrentlySwoonLifestyleHealth & WellnessStudent LifeContent InspirationEntertainmentPolitics and ActivismSportsAdulting
About usAdvertiseTermsPrivacyDMCAContact us
® 2023 ODYSSEY
Welcome back
Sign in to comment to your favorite stories, participate in your community and interact with your friends
or
LOG IN WITH FACEBOOK
No account? Create one
Start writing a post
Sports

The Feelings Of A Tennessee Fan During The 2016 Season

This article may be bad for your health. 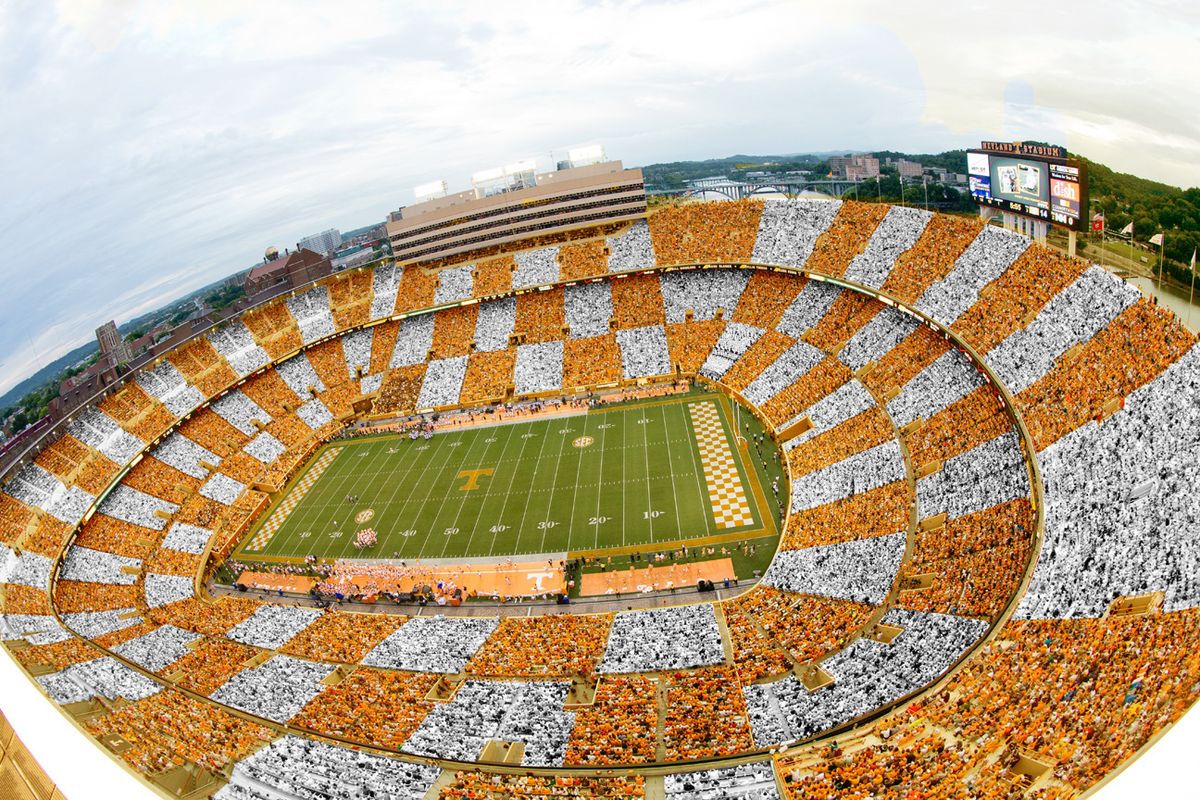 Vol fans, the time has come. It is officially the end of spring practice and time for a new season to start. We had some tough times this past season. We won some, we lost some, and almost every player became sick or hurt at some point during the season. As we say goodbye to Team 120 and say hello to Team 121, let's look back at our past season.

It's the first game of the season. The sea of orange is rolling through campus, the Vol Walk is crowded, the stands are full, and the band forms the iconic Power T. We come out looking okay, make some horrible plays like the one above, but we end up going into overtime against some team no one has ever heard of. We win the game.

The Battle at Bristol, College Football's Biggest Game. The buildup to this game was phenomenal, so the atmosphere the entire weekend was heightened. The National Anthem blew us away, halftime was incredible, and Tennessee came out with a win.

We come home after a win to play Ohio. We come out with a win, but that isn't the moral of this story. Unfortunately, our bad luck begins now. Jalen Reeves-Maybin and Cam Sutton get taken out for an injury, later to find out that they are both possibly gone for the rest of the season.

Tennessee Football fans witnessed history on Saturday, September 24 in Neyland Stadium. The checkerboard game. The game we will remember as long as we all live. After an 11 year losing streak, the Vols pull out a win after being down 21-0 late in the first half. When the clock hit 0:00, Journey's "Don't Stop Believin'" blared through the stadium, and that song, little did we know, would preface the next game.

The Georgia game. The away game. The second greatest moment from our 2016 football season. If you don't remember the end of the game, let me set it up for you. End of the 4th, 28-24 Tennessee, 0:10 left on the clock, Georgia throws a bullet down the sideline, and it is caught in their end zone. The score is now 30-28. Fast forward to end of the 4th, 31-28 Georgia, 0:04 left on the clock. The ball is snapped, Josh Dobbs steps back, looks, and throws a Hail Mary pass into the end zone, which is "ITS CAUGHT! IT IS CAUGHT! JAUAN JENNINGS!" If you don't have goosebumps from reading this or possibly tears in your eyes, you clearly haven't watched the replay enough.

At this point in the season, we (the team and the fans) are hyped up from beating Florida and miraculously beating Georgia with a Hail Mary pass. Was our ego big going into this game? Absolutely. Did we have good reason? Absolutely. Did they say our luck would run out? Absolutely. Jalen Hurd decided to be "hurt" for this game and we lost Dylan Wiseman to a head injury

Good ole' Alabama, THE rival we always want to beat. At this point in the season, our luck had truly run out. We were already down Reeves-Maybin, Sutton, and Kirkland Jr. Add Hurd, Abernathy, O'Brien, Wiseman, Roberston, McDowell, and Vickers. Also add on top of that an overly cocky football team and bad execution on the field, and you'll see our score.

Despite the loss at home against Alabama, we fans surely thought South Carolina could be a win. We knew it wouldn't be easy, but it is only South Carolina? Well, we were wrong. Our offense was off, our defense was off, special teams was off, coaching was off. It just seemed like our team lost its spark.

Homecoming rolls around and we play a instate team, Tennessee Tech. We were cocky going into the South Carolina game, which backfired in our faces, but this was a sure win. As the score shows, it was a complete sweep and it gave our players, and us fans, some much needed confidence going into the rest of the season.

SEC game number 4, Tennessee vs. Kentucky at home. The game was back in our home stadium, the fans were supportive, the weather was nice, and we came out with a win. This game was another confidence booster for the team and us fans.

Yet again, back home in Neyland with a win. Regardless of the cold weather and the 5 layers of clothes, we fans were proud to see the team winning again. It seemed like we were finally getting our "mojo" back. This gave us confidence going into the last SEC game of the season, Vandy.

Now I know this game is a sore spot, but it has to be addressed. Our season was full of ups and downs, but this was truly THE low point. Tennessee Fans filled Vanderbilt Stadium and outnumbered the Vandy fans, we were confident going into the game, and believed it would be a win. Well, the game went on, and our playing got worse and worse. Sure we scored, but when we fell we fell hard, hence the "L" above.

Our 2016 season was truly a roller coaster ride of emotions. One game would cause us to go into Atrial Fibrillation and others would cause us to lose all hope, just to boost it back up and tear it down again. But all in all, the highlights of the season will be remembered forever. As we move on to Team 121, we look forward to the future. Big shoes have been left for new players to fill, leaders need to emerge, and coaching needs to be stellar.

So, here's to my fellow Vol fans, the most dedicated, passionate, and insane people I know, who experience the same feelings I do the entire season.