The Eyes Of Faith

God sees just as well in the black of night as in the brilliance of midday. 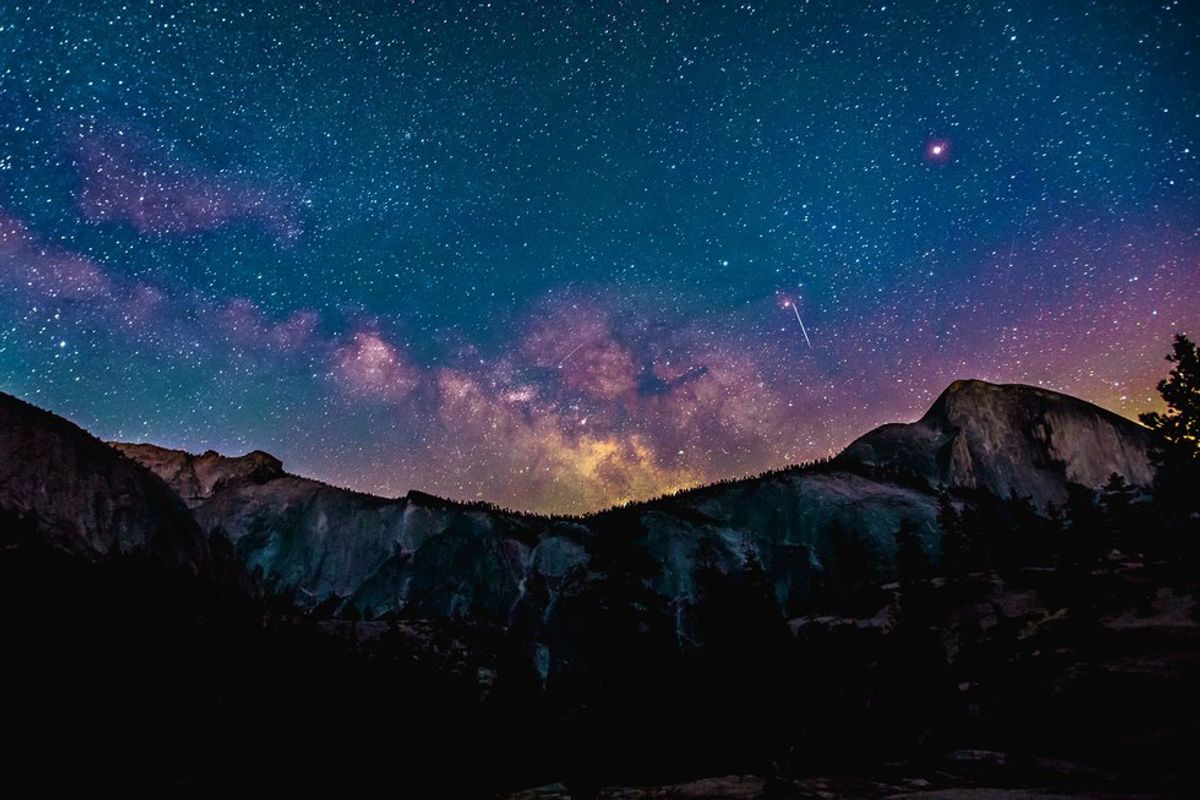 I wrote this devotional almost two years ago. Though my writing style may change, the truth of God's Word does not.

Psalm 139:12b says of God, “The darkness and the light are both alike to thee.” Ponder that for a moment. God sees just as well in the black of night as in the brilliance of midday. He has heavenly eyes, eyes of faith. “And there is no creature hidden from his sight,” declares Hebrews 4:13, “but all things are naked and open to the eyes of Him to whom we must give account.”

2 Corinthians 5:7 says, “For we walk by faith, not by sight.” Just as God does not stumble in the depths of night, so our faith is to be steadfast. It does not waver when assaulted with confusion and seemingly impossible evidence against God’s faithfulness. Anything less than Heaven-born faith will crumble when tested.

The Source of Faith

Hudson Taylor, missionary to China, has greatly helped me understand the nature of faith. He said, “But how to get faith strengthened? Not by striving after faith, but by resting on the Faithful One.” We cannot have faith in our righteousness or even have faith in our faith; we must have faith in God’s faithfulness.

Faith is beautiful enough in daylight, but true faith shines most brilliantly when everything seems to defy the trustworthiness of God. “Now faith is the substance of things hoped for, the evidence of things not seen” (Heb. 11:1). Faith is not wishful thinking; it is not a set of ideas. Faith is substance and evidence because faith rests securely on God our Rock.

The Hall of Faith

Hebrews chapter 11 is the Hall of Faith for saints. One of the mightiest men of faith listed in it is Abraham. Scripture testifies that “he staggered not at the promise of God through unbelief; but was strong in faith, giving glory to God; and being fully persuaded that, what he had promised, he was able also to perform” (Rom. 4:20-21).

But the following verse is the one that made me really think about how faith-driven the Old Testament saints were. “These all died in faith, not having received the promises, but having seen them afar off, and were persuaded of them, and embraced them, and confessed that they were strangers and pilgrims on the earth” (Heb. 11:13). What? They believed, they obeyed, they left everything they had to follow God—and they did not receive the promises? They died believing God’s complete faithfulness to fulfill His Word.

The Completion of Faith

But that is not the end. Faith sees the completion of the promise even before human eyes can see it happen on earth. Did you catch the phrase “but having seen them afar off, and were persuaded of them?” The saints saw the promise. The promise to which the whole Old Testament pointed is Jesus, the Messiah, the Promised One. They may not have seen Him on earth with their physical eyes, but they saw the promise even before it happened. That is faith. Though all around them might declare that God had forgotten, they stood fast to the very end—and triumphed.

“Let us hold fast the profession of our faith without wavering; (for he is faithful that promised)” (Heb. 10:23). God is Faithful. Whether we are in a season of faith being revealed even to the natural eyes of humans or a season of faith being tried in the fire, let us rejoice in our unchanging God. He cannot lie (Tit. 1:2), and His Word endures forever (1 Pet. 1:25)!