One teacher's motto has stuck with me this whole time. 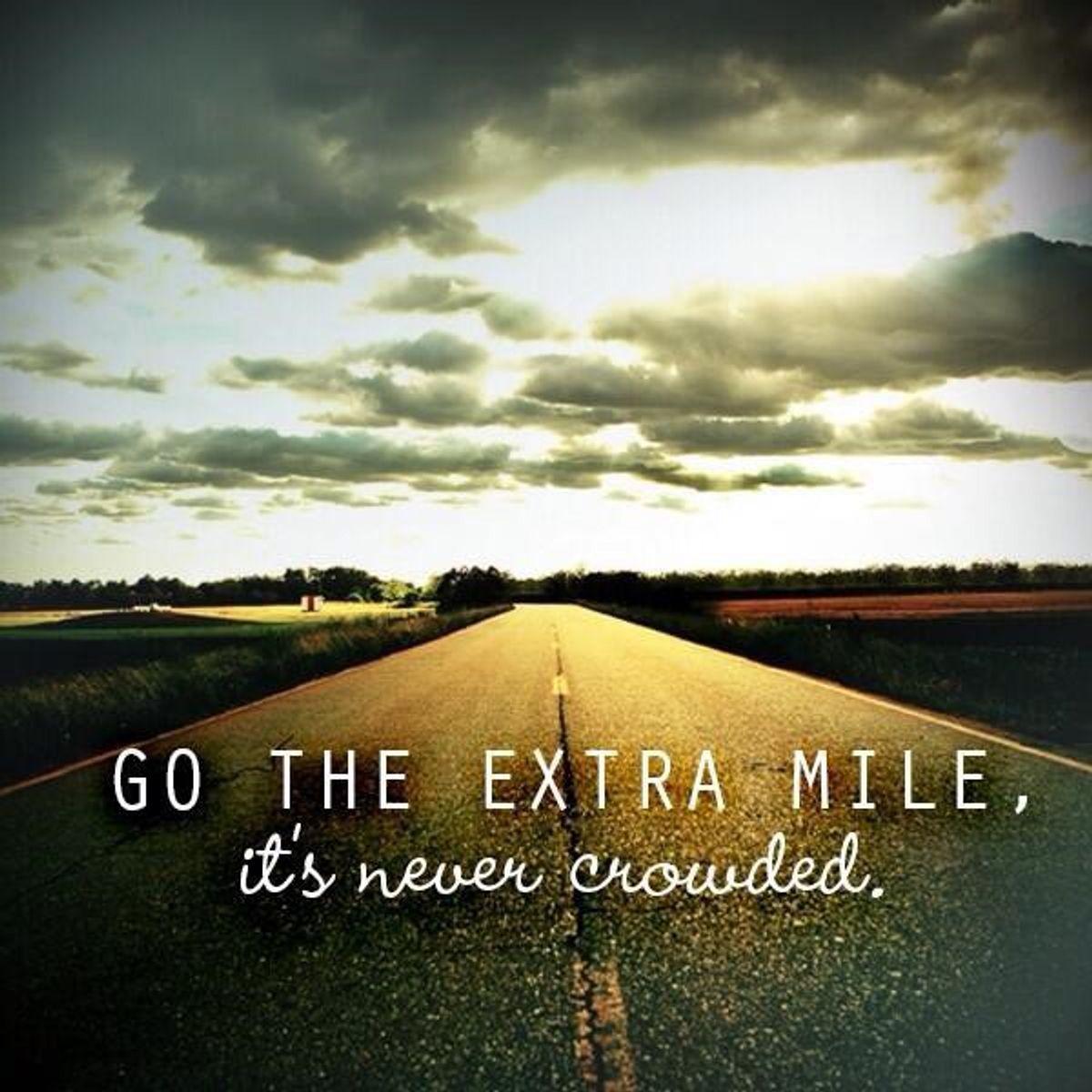 Flash back to fourth grade, when I was nine years old. The school year was well under way and I was lucky enough to be in a classroom that had two amazing teachers, in addition to all of my friends who I had gone to school with since kindergarten. My biggest worries were what I was eating for lunch and who could play with me after school, until one day my parents sat the family down and told us that we were moving. Shortly after, they popped in the movie "Cheaper by the Dozen," which was possibly the worst decision they could have made. I sobbed during the majority of the movie, torn between my emotions for the Baker kids and my impending move. By the end of the night, I was filled with anger, sadness, and a myriad of other emotions.

What I didn’t know that night is that my move from one side of the state to the other would be a blessing in disguise.

Once we moved into our new house, we unpacked and decorated everything just the way we wanted to. Then came my first day of school, where I would be surrounded by a group of people who I had never met. I was completely and utterly terrified. I walked into the classroom with my mom, met my teacher, and was given an assigned seat. I probably said a total of twenty words that entire day, most of which were associated with obligatory introductions. Though I was nervous at first, I quickly grew to like my teacher, and I learned his motto like the back of my hand.

Every student in the classroom had this engrained in their minds during that school year, and I’m willing to believe that many of those people still do. We learned that through everything we do, there’s an opportunity to go one step further and truly give it all you’ve got. The opportunity is always there, but few actually take it – especially if it involves extra work. Being an avid learner and rule follower, I took to this mantra and made sure to abide by it at all times.

Because of this short sentence that I learned from my fourth-grade teacher, I am the student that I am today. Sure, I was the one that put in the hard work and studying, but my success came partially from knowing to give that extra enthusiasm to everything I did. I learned that giving 110% should be customary and that I should always take the initiative to go above and beyond the expectations. To this day, I always write more than what is “necessary” on assignments, I am involved in my fair share of activities and organizations, and I always work as hard as I can.

What can I say? I learned from the best.