To The Empty Desk
Odyssey

To The Empty Desk

Thanks for being available 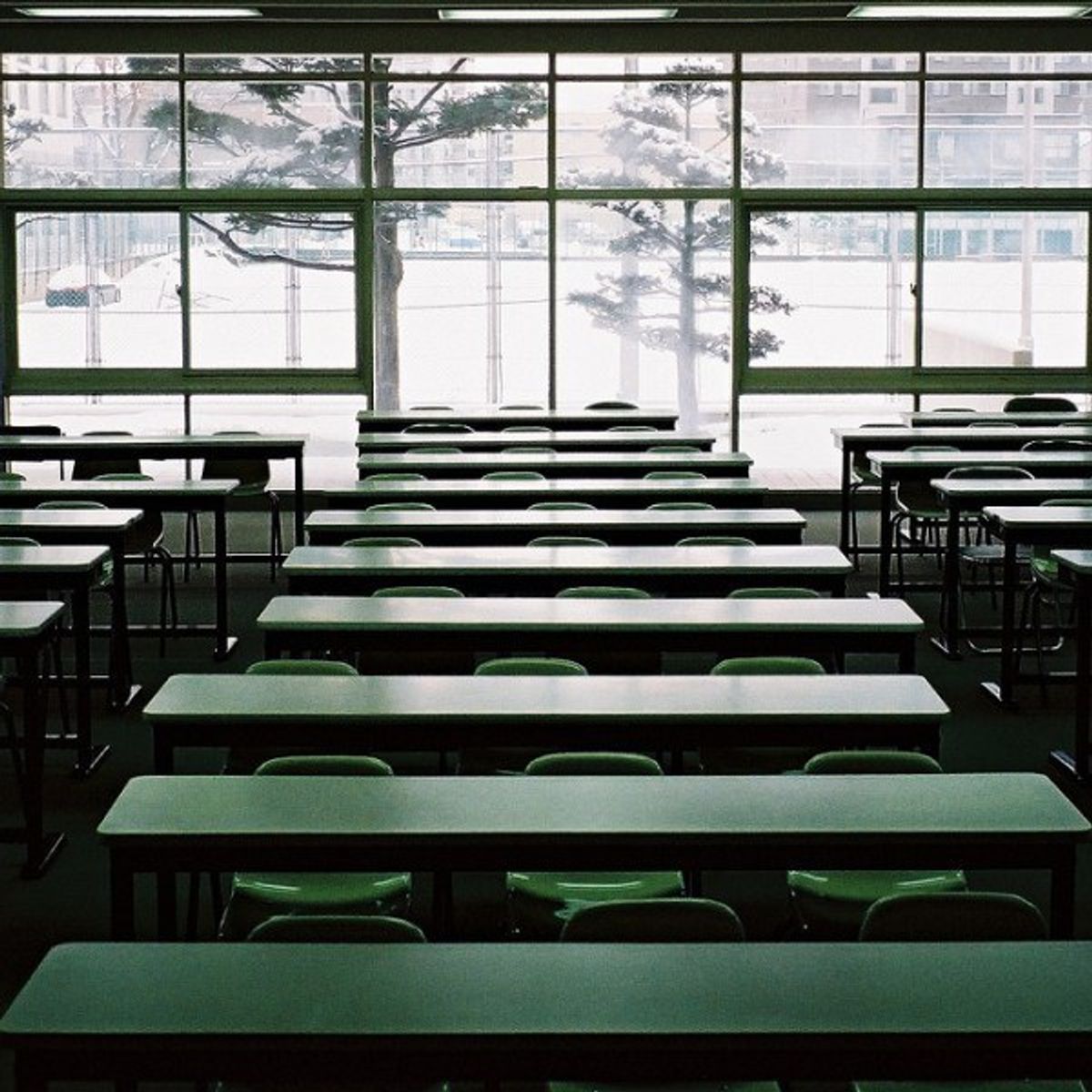 As the class begins to fill up with people slowly filing in from the halls, I often wonder what is to become of the empty desk that sits before me. Every year it is the same question, but every year, or even semester, it is a new reply. How many times has the desk beside you, behind you, or in front of you held someone that changed your life? All because they were seated beside you, or because they were relegated to the last seat which turned out to be the best.

I have found that over the years, desks are more than something that you occupy while sitting in a class. Instead, they hold memories. Memories of the people you have met over the years, and the funny stories that can sometimes only happen while stuck in room filled with desks.

My first time ever in a classroom was K-3, and man let me tell you, nap time was the worst time. It was the longest 30 minutes of my life with no laughing, talking, or getting up. Honestly, it felt like purgatory to me. However, that all changed when I met my best friends. There were 4 of us and I thought nothing was ever going to change. But as we all know, life does happen, and we all have to leave at some times.

In 3rd grade I could have sworn to you that I had met a super genius. I so admired the boy who sat in front of me. So much in fact I invited him to my birthday party, and guess what, he actually showed! This boy could tell you anything! He knew so much about outer space and his ability to speed count was unparalleled to anyone in the whole 3rd grade! I can even remember that nearly every day for snack break he brought a container of black olives. While they don't taste that great, I always remember him, 3rd grade, and my desk: the 5th one on the first row. However, it was also in this desk that I learned you should not always go with what other people say. One day during spirit week, some girls said some very mean things to him and I did tell them to stop. He cried that day and not a day goes by that I don't think of how I wish I could have changed that.

Sixth grade was a crazy year. My first year in a public school and more nervous than I think I'd ever been. Let me tell you, it was also the best year because I was finally able to own more than two pairs of jeans (at my private school girls had to wear skirts no matter what). Sitting in a science lab for the first time was exciting, having an empty chair beside me was scary. However, a boy did eventually sit in it, that is after we got into an argument and I stood my ground. That day people respected me, and saw that I was not going to be a push over.

However, 6th grade was the year I had lost my best friend of 5 years to some pretty mean girls. I'll never forget the day when we were sitting at our desks in chorus and she acted like a completely different person. It was in that desk that I learned even the people you think you know you never truly know. This also was the same year people had started a rumor that I had died. Who does that!?

I think that one of the best desks that I ever had the privilege of being seated in was in my biology class my freshman year of high school. I was seated in front of my crush of 2 years, and I totally got to bug him the entire first semester. I learned that year that he hates when people fidget in class, especially if they are a pen clicker. Sorry not sorry. We eventually shared the AP Stats class my junior year, and we were two peas in a pod. I don't know who the teacher hated more that year, sorry Mrs. Phillips. Because of that seat in biology, and the fact we were seated alphabetically, we have now been friends for 8 years.

Coming to college has been no different. Every semester, I have met new people and shared with them in the hardships of some pretty boring classes. In the end, I don't think I would ever change that. In my math 121 class, I met my best friend who would eventually not return to school, but he is still reaching for his dream of being a veterinarian. I cheer him on every day. In my English 102 class, I met my other best friend, who would also not return to Lander, but instead moved on to USCA where she is reaching for bigger goals she never dreamed of.

My point is that every day when you walk into a classroom, every empty desk is a seat that holds potential. The next person who sits down can change your life, whether it be for better or worse. The desk you sit in has probably had more tears fall on it than the ones you just cried. Don't take for granted the little things that we use and see every day because they can play a huge role in a factor that changes our entire life.