The Disgusting Reality Behind Meat Production

It's a lot more tragic than you might think. 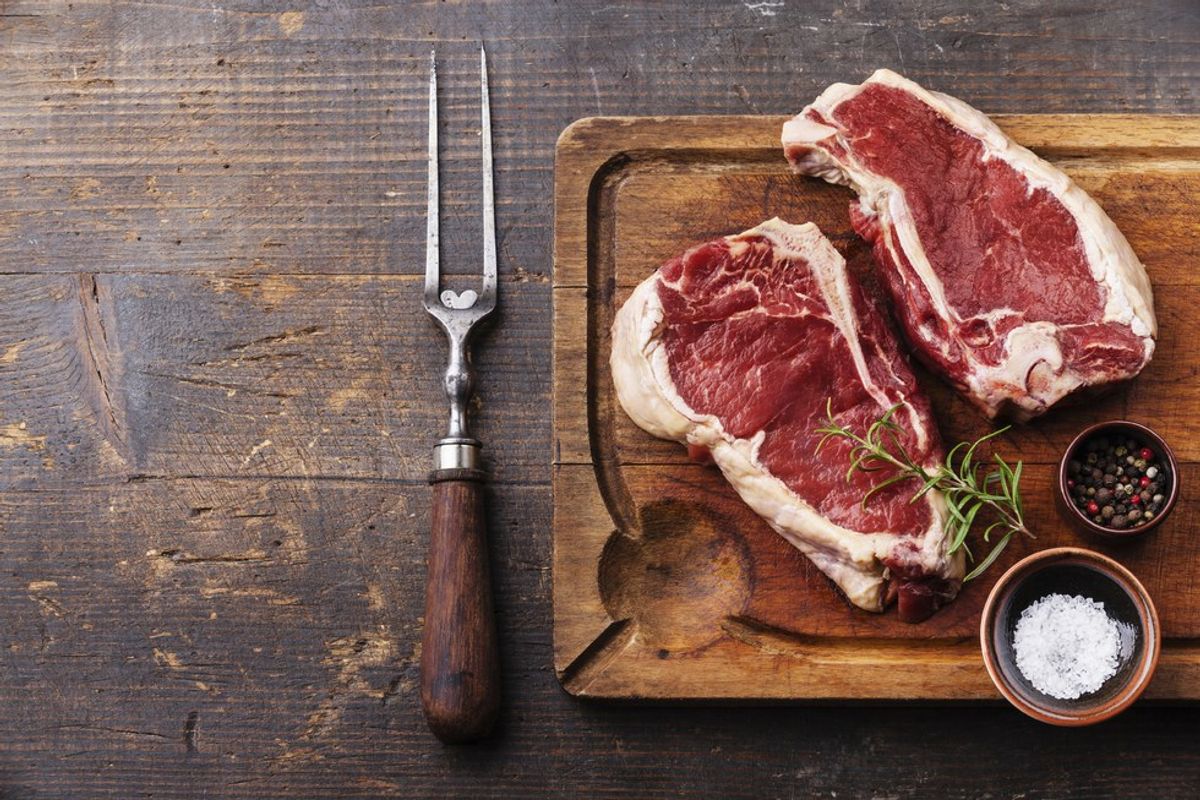 Many of us have heard of the horrendous idea that is factory farming, or the artificial "farming" of animals (and animal products) in factories to produce what we know as meat. We've heard of the documentaries detailing just what goes on inside these factory farms, and frankly, many of us just don't care. We like meat. We aren't going to give it up. And so, we choose to ignore the facts so neatly presented to us and continue eating big slabs of animal skin, muscle, fat, and sometimes bones, all the while lying to ourselves about the nature of our actions.

This needs to stop.

There was once a time in which eating meat was humane. Animals were killed quickly on real-life farms, butchered by professionals, sometimes those who worked specifically in that field, and then sold to community members or eaten by the farmer himself, never traveling more than a couple miles until it was bought by a consumer. People needed meat to survive, having few other options to provide protein for themselves, yet still acted with care towards the animals they would later kill and eat. None of this is the case today.

Today, animals are raised from the point of birth to slaughter in a factory farm. Conditions are very cramped, to say the least; often, animals do not even have enough room to move around, given just enough space to stand. Cages are stacked as high as they will go to provide more room for more. Not long after birth, the animals are pumped full of antibiotics to help their bodies grow faster, because the faster they can be killed, the more the factory will be able to produce in a month. A sad reality is that many "chickens" still peep like chicks at the time of their slaughter because they are so young. The animals are often stepped on, kicked, or otherwise unnecessarily tortured by factory workers, but this is nothing compared to the inhumane way they are killed: often, there are no regulations as to whether the animals must be unconscious before they are beheaded or electrocuted.

Aside from the heartless aspects of factory farming, this business also produces horrible environmental toxins, devastates rural farming communities, and provides horrid worker conditions, all to create meat that cannot be healthy with all of the antibiotics and filth forced into the animals.

How did this happen? Why did meat production come to this?

Because we asked for it.

Local farms were not producing nearly enough meat to meet our high demands. Most Americans eat some form of meat every day, but most Americans are not farmers, and there wasn't enough to go around. We want meat fast. We want a lot of meat fast. And because of this, 99% of meat produced in the world is factory farming.

When we buy meat at the supermarket, when we order meat at restaurants, when we eat meat of any sort that we do not know for a fact was produced locally, we are directly supporting the business of inhumanely slaughtering animals. We are handing money to factory farms and saying, "I like what you're doing. Keep it up." We are telling them that what they do to produce meat for us is a-okay, and we see nothing wrong with it.

The only way to stand up to factory farming is to stop supporting it. As long as we give money to this business, it won't stop. It will keep getting worse. We'll keep demanding more meat, faster meat, and factory farms will say okay, at the expense of the animals.

So, we must stop supporting it. We must stop eating factory farmed meat.

Today, I challenge you to consider what part meat plays in your diet, and what damage that decision actually leads to. The short-lived satisfaction eating meat brings us is not worth the torturous, tragic lives millions of animals must live every day. It's time for a change.

It's time to start caring where our meat comes from.

Caitlin Marie Grimes
University of South Florida
11938
Beyond The States