The Deathly Cost Of EpiPens

The Deathly Cost Of EpiPens

The cost of EpiPens has risen over 461 percent, but you can't put a price on human life. 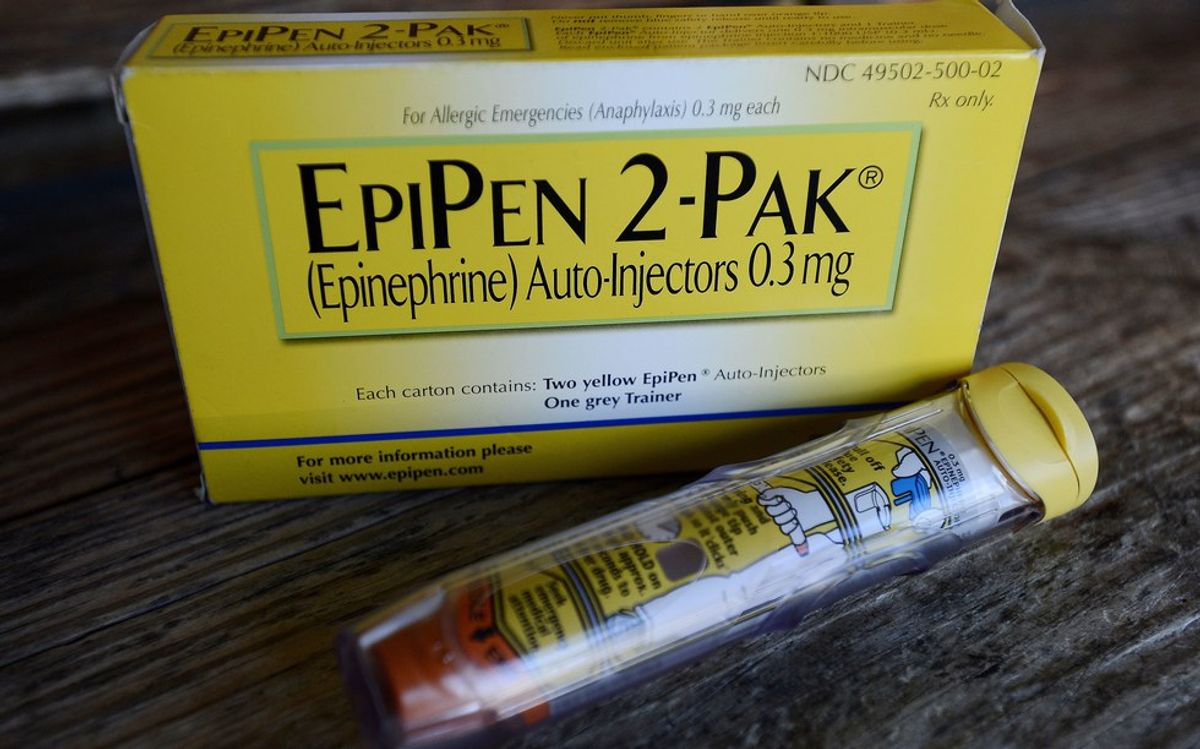 Allergies. They’re a little strange, aren’t they? Someone can come into contact with a single peanut, which their body believes to be life threatening, so it releases chemicals throughout the entire body and suddenly that person is going into anaphylactic shock--which is the most severe form of an allergic reaction.

My sophomore year I became plagued by severe allergic reactions to something unknown. Allergy tests and blood work all came back with the same results: I was allergic to nothing (although it seemed like I was allergic to anything and everything--life in general). These reactions were unpredictable and varied in severity. Some days would consist of a minor breakout in hives, but other days more severe allergic reactions would occur, and it would become difficult to breathe or swallow as my lungs would tighten and my throat or tongue would swell. The doctors diagnosed me with chronic urticaria, which I’ve written about before, and I have since taken every and any antihistamine on the market to keep the reactions under control. Along with these antihistamines, I at all times must carry an EpiPen with me in case of a particularly severe reaction.

For class trips abroad, my teachers had to be notified and taught how to administer an EpiPen to me in case of a severe reaction. My family had to learn and my friends had to learn as well, just in case. I became dependent on these little life saving devices to be there during some of the scariest moments of my life.

I wake up every day knowing that there’s a possibility that I might suffer from a severe allergic reaction, and must be prepared for one at all time. While my anyphylactic reactions are usually slower to develop and don’t usually develop in seconds, for some people they do--and the EpiPen provides a solution to the immediate and life threatening problem.

While I’m not sure if what I have can be classified as an “allergy,” there are 15 million Americans (according to foodallergy.org) who do have food allergies and are similarly dependent on the life saving EpiPen like I am. While I am forever thankful that such medicine exists, what I’m not so thankful for is the recent and ridiculous price increase for EpiPens over the last few years.

The dramatic price increase is attracting the anger of parents as well as politicians. On Monday, August 22, U.S. Senators came together and were led by Amy Klobuchar who wrote a letter to Mylan CEO Heather Bresch demanding that she justify the dramatic increase in price of this necessary and life-saving device. In a public statement, Senator Klobuchar stated that the Judiciary Committee should hold a hearing and that the Federal Trade Commission should investigate the price increase.

How can something so necessary and life saving be sold for such a high price? For everyone with the tendency to have anaphylactic reactions, EpiPens are not optional. Those without insurance or high-deudctible insurance plans need EpiPens too, and cannot always pay the $640 a set that it currently costs. These high costs are leading to people questioning, “Do I really need this?” Which of course, they do.

People shouldn’t question whether or not they have the money to spend on life-saving medication, but the price increase in EpiPens is forcing them to do so. I am only one of 15 million Americans who has an ever present fear of a sudden life threatening, and potentially fatal, reaction. We as Americans have a voice and responsibility to one another. We have the potential to create change, and the ridiculously high price of EpiPens must change. Please help so many by signing a petition here to drop the price of the medication.