The Craft Of Beer Drinking

When you're the Jon Snow of the craft beer drinking crowd because you haven't quite acquired that taste. 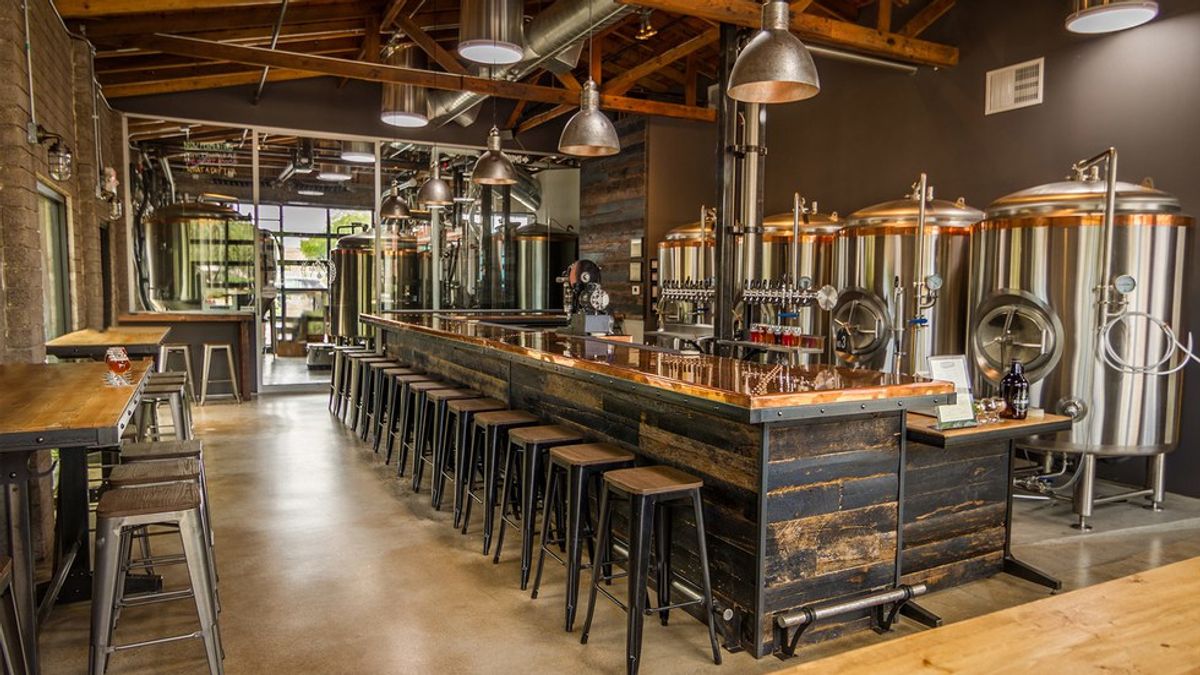 Craft beer in the United States has become just that, quite the craft. While wine has always maintained an aura of sophistication and snobbery, beer has slowly differentiated into varieties that stray from the piss-water-to-extreme-piss-water scale, the beers that you shotgun because life is too short to spend time sipping warm, light beer. Breweries crept up all over the United States, scattering across the state of Colorado with a whopping 230 craft breweries.

In 1982, Boulder, CO held 20 different brewing companies with a selection of 35 beers for the first Great American Beer Festival. Craft breweries cropped up in corn-fed Nebraska ranging from Thunderhead Brewery in Kearney to Zipline Brewing in Lincoln. Not to mention our very own Hastings, Nebraska is starting up First Street Brewing Company. In 2008, Smithsonian Magazine stated that “the best beers in the world today are being made in the US.”

So maybe you’re not the Tyrion Lannister of craft beer drinkers. Maybe you’re more of a Jon Snow: you drink, but you know nothing. Well, you're not the only one, but don't let it keep you from trying something a little different from your Coors Light.

The struggle begins upon finding a brewery. Their locations are inconspicuous and random, but the indoor decor and mood are ideal. The setup attracts those that socialize through drinking and enjoy trying new things. The selection is astonishing, from amber ales to porters, a variety of hops, aromas, and malts, there is a beer for everyone. You appreciate that double IPA because it’s less beer with more alcohol. Which means less bathroom time and more socializing. You know what I'm talking about, ladies.

But the India Pale Ales will wreck your taste buds with the immense amount of hops; it's a bit of an acquired taste. Coffee drinkers appreciate the stouts and porters, dark and roasty with flavors of espresso, oatmeal, and chocolate.

If you're over the bar scene and tired of being hit on by creepy men, breweries are the perfect place when you don't want to sit at home drinking alone. Plus, you can take your beer to go in large growlers for those times you do want to sit at home and drink.

When you do stumble into a brewery, it's good to know that one does not refer to a beer simply as good. The Drunkard in "The Subtle Art of Beer Snobbery" recommends brushing up on your terminology such as "fruity, hoppy, grainy, and bodacious."

Like any scene, there are a few standard types of craft beer drinkers.

The Pretentious speaks in terms of hops and maltiness and, other words, mean mostly nothing. They usually use words such as indubitably, ergo, or whilst. A dead giveaway is in the term pleb, short for plebeian, an equivalent to peasant. If anyone speaks this way, run. Nobody needs that kind of negativity in their life. They may employ a fake British accent in attempts to further their credibility and the eye rolling of everyone around them. They’re the Grammar Nazis of beer drinkers.

The Snobs can be found at all craft beer festivals. They're the Trekkies of craft beer. Similar to The Pretentious, they remain exclusive to craft beer and try to convert everyone in their path. They tend to lose their drinking buddies and form groups of other beer snobs.

The Beer Slut loves all beers. They order the sampler of every beer, enunciating every sip with an "Mmhm" to make sure everyone acknowledges their appreciation. Of every beer. Ever.

The Jon Snow usually asks for recommendations and gets buzzed off of all the samples they try because they can't seem to find one to settle on.

Wherever you fall on the spectrum of craft beer drinkers, there's a beer for you. And now you have a great new craft. Craft beer drinking: it's quite the art.