I cried at orientation, but soon enough I fell in love 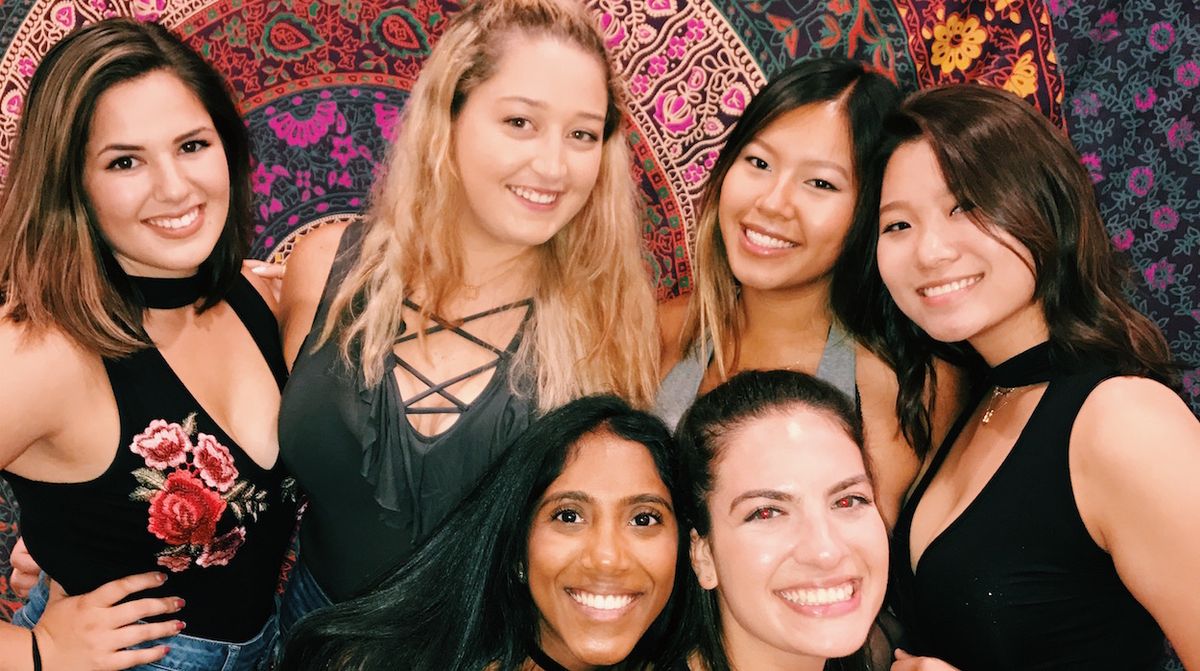 I cried before, during, and after college orientation. I hated everything; the campus, the dorms, the food, the location.

This sprawling, 16,000 student university was the complete opposite of the small, quaint school I wanted to go to.

I devised a plan to take a gap semester. I would work and re-apply to my original choice for the Spring. I mean, I’d already been accepted and turned it down, so I could definitely be accepted again, right? My parents weren’t going to let that happen. So on August 25th, with much protesting involved, I packed up my whole life and moved it 200 miles away to Binghamton, NY. And I fell in love.

It didn’t happen overnight. But slowly, Binghamton found its way into my heart. With a good group of friends I learned the ins and out of the seemingly giant campus. The CIW dining hall has the best breakfast, but you had to get there early on weekends because the line for sandwiches and omelettes got super long. C4 was great for late night snacks, but the stir fry would make you sick. JTs was the go-to freshman bar, but Tom’s played the best throwback and had a killer vodka-cran. We learned which frats were worth the walk, how late we could leave our dorm rooms and still make it to class on time, and what marketplace food was worth draining your meal plan for. Come spring semester, I rushed a sorority and my circle of friends and opportunities grew infinitely.

Fast forward to now. A second semester sophomore, with an off campus job, an internship, and 18 credits of coursework, I have never felt happier and more at home than I do in this little college town. I’ll forever love Long Island, but leaving school for a break always makes my heart sink, and returning to my shoebox sized apartment after any length of time makes my skin tingle. It’s hard to believe anything will ever be as wonderful as living with my best friends, waking up hungover and dragging each other out of bed to sit on the couch, watch New Girl, and eat way more avocado toast than necessary.

When I heard, “We’d like to offer you a spot in the Binghamton University Decker School of Nursing class of 2020,” through the phone, I was stunned. I’d already put a deposit down on another college. I didn’t even know I applied to Binghamton for nursing and I’d never heard the word Decker before. So I went home and I researched and it become ever so bittersweetly clear. Binghamton was the better choice. It was one of the best schools in the country and far more cost effective than my first choice. Three days later, I accepted the place in the class of 2020 and withdrew from my dream school.

Coming to Binghamton was truly one of the hardest decisions I’ve had to make thus far. But it’s also had a bigger pay off than I could ever imagine. And if I didn’t believe that everything happens for a reason before, I certainly believe now. So if you’re struggling to make a decision, whether it be about college or anything else, try to remind yourself that there is a reason and a lesson in everything. It might not be clear right away, and you might be led somewhere you never planned on going.

But in the end, it’s all going to turn out the way it’s supposed to.