Best Lyrics From The Chainsmokers' New Album "Memories...Do Not Open"

This new albums is one for the books, so get ready to play it on repeat. 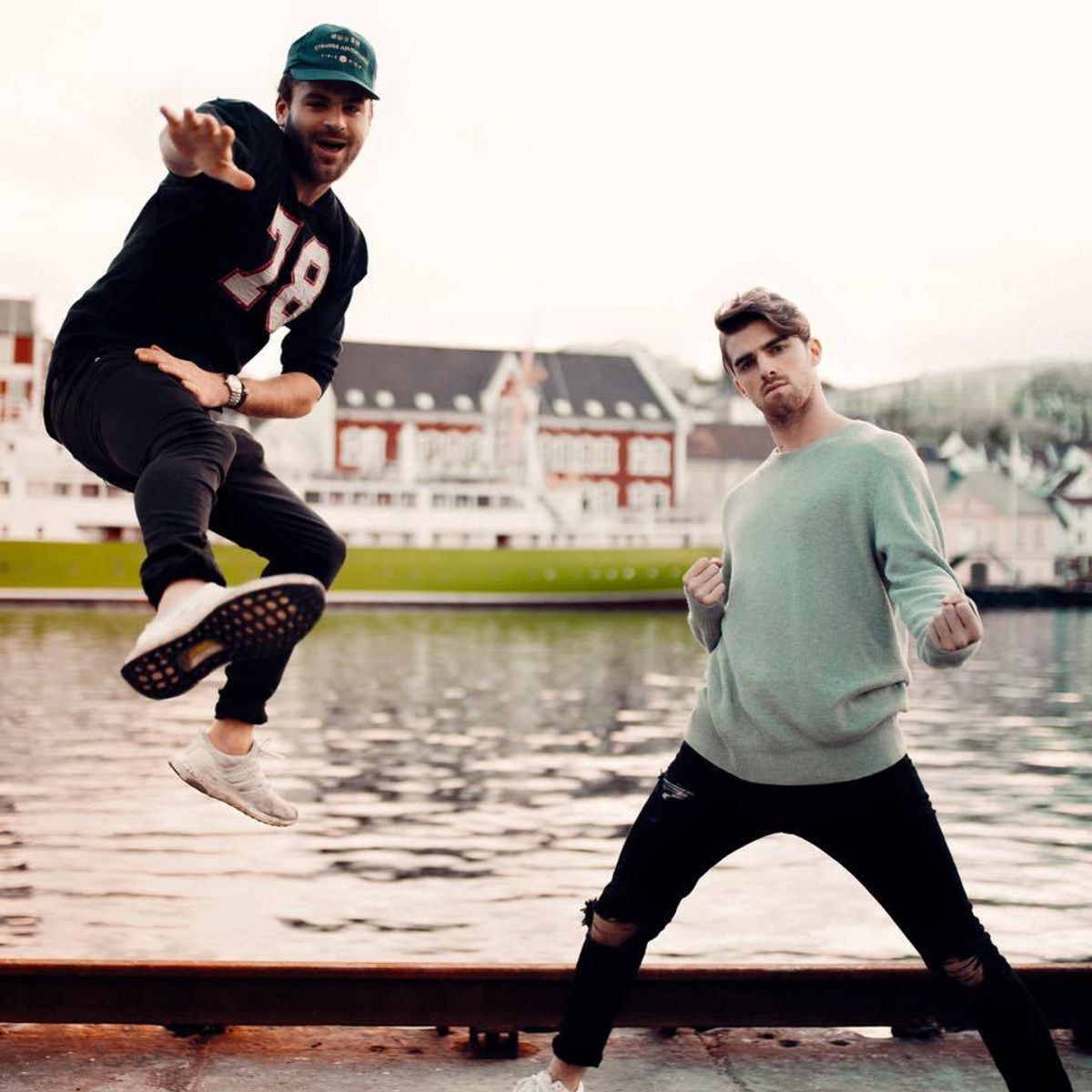 Without doubt everyone knows that the Chainsmokers are amazing. Their music is super catchy and upbeat. Up until now, they have never released a full album. Let's be real, all their singles are amazing so we didn't care about an album. All we want are songs. That is exactly what the Chainsmokers gave us. A 12 song album was released featuring artists like Coldplay and Florida Georgia Line. The songs vary from slow, to chill to upbeat running music.

One thing that I admire are their lyrics. Their lyrics on the new album are amazing. So I'm going to go one by one and show you just how incredible this new music is.

I delete before I send it

And we can play pretend

Some of you may not know that they were the #SELFIE people, thank goodness they moved on

Break up Every Night

That's what you tell me when you're leaving

This is one of my favorites, great car jam!

“I gave up three times this week

Went through those feelings

I fell like most can relate to this song. Sometimes you get down but you just have to shake it off.

Don't say, don't say it's not your fault

I won't take the bait or these excuses that you're using”

You shouldn't judge people by what people say, watch their actions.

Just something I can turn to

Somebody I can kiss

Two of possibly some of the best artists together? What more can you ask for?!

People say I'll get hurt, I don't know what they're so afraid of

But you're just my type”

Some relationships just are not good, People who care about you will tell you it is bad. But honestly, I think in the end, you should listen to them.

It Won't Kill Ya

“You're putting your jacket on

Oh no, is the moment gone?

Don't wanna regret this one

Ooh, I wanna know ya”

They'll say you could do anything

They'll say that I was clever”

If you go down, we go down. It's all about being mysterious and crazy.

“And I'm not gonna tell you that I'm over it

'Cause I think about it every night I'm not sober, and

I know I keep these feelings to myself”

Honestly is so important, but seriously, in relationships it is most important. Just say what ya feel guys!

“Will you still care in the morning?

When the magic's gone, oh?

And will you be there in the morning?

Do you stay when it all goes?

Or will I wake up alone?”

I like this song but I don't really know how to explain it. Lyrics say it all.

Fought about anything, everything that did is function”

Oh, young love. Never turns out the way you wanted it to.

Run into the bright lights most nights, now or never

I love this because I am a huge country fan. The fact that FGL is featured, I am automatically a fan. This song has a completely different vibe to it. The harmonys are great!

Every "Scrubs" Fan NEEDS To Know These Dr. Cox Quotes

Dr. Cox may be the most sarcastic, snarky, and nasty person to ever cross television screens.

Dr. Cox may be the most sarcastic, snarky, and nasty person to ever cross television screens. His long-winded commentary and ability to destroy just about anyone made him terrifying and hilarious. Once you broke through his tough persona, Dr. Cox was genuine, caring and dedicated. He wanted the best for his patients and his interns. Here are some of funniest, most sarcastic and downright mean lines that Dr. Cox has said during his stint on Scrubs.