There needs to be a movement to accurately reflect the nation in the media it consumes — and these cop-dramas are the best place to start. 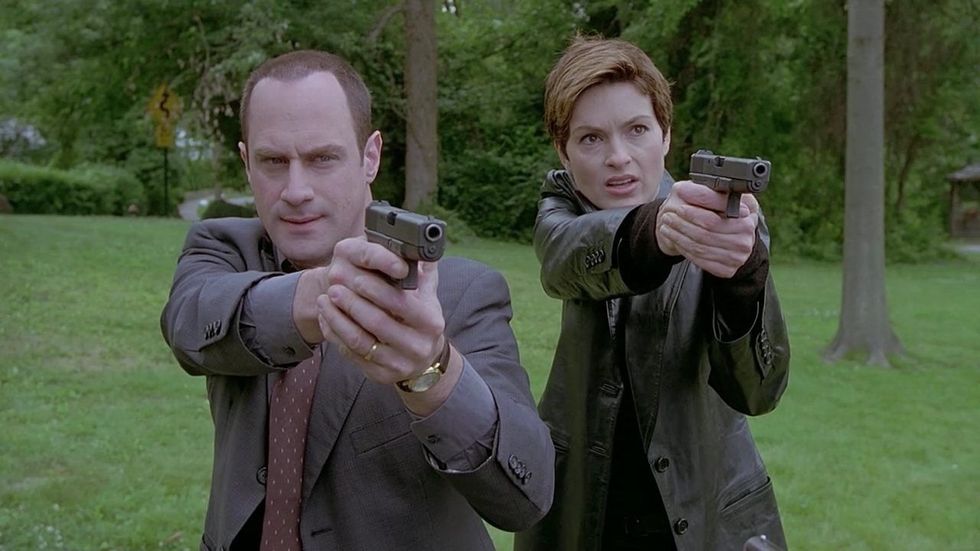 Society demands reform of police protocols but continues to consume media displaying the antitheses of their wishes.

As a self-proclaimed "cop show" enthusiast, I have recently been thinking about why I like genre and the civilian-police force violence perpetrated on the screen. I have watched more than my fair share of these shows, ranging from the original "Law and Order," "Chicago PD," "Blue Bloods," and, my personal favorite, "Law and Order: SVU." Each show, although varying slightly, is centered on the same premise: a crime occurs, a dedicated team of professionals is assigned to it, some "unforeseen" obstacle pops up in the middle, and then it rounds off with justice being "served" and the good guys saving the day.

Each of the shows I mentioned, and similar shows in the genre, spice things up with relationship entanglements, "backdoor" politics, and the undertow of various heart-wrenching crimes that bring me to tears more often than I'm comfortable with. The good guys triumph more often than they fall, and they do so (seemingly) by means necessary. Consumers of this media witness actors and actress portraying law enforcement utilize force (oftentimes resulting in physical harm to the "suspect"), corruption, vindictive misconstrued representation of facts and the applicable laws, and, above all else, an attitude that this behavior is "justified" since the end result is "justice for the victims."

Positioned in a good versus evil story, the consumers find themselves rooting for the good guys throughout the episode and may justify the actions that the TV police are taking with "Well, the suspect harmed a little child, what type of animal does that?" or "Well, we KNOW they're guilty, they just need a confession to make it stick and get justice!." The TV officers are also seen drawing their weapons and shooting at suspects multiple times a season, and often multiple times per episode.

Off set, however, the rogue cowboy approach to handling civilians and leading interrogations doesn't come without a cost.

According to Mapping Police Violence, in 2019, police forces across the United States killed 1,099 civilians — a number that is a decrease from 2018, during which police killed 1,140 civilians. Nationally, there are movements calling for police reform, sparked from the killing of unarmed Black man George Floyd and sleeping unarmed Black woman Breonna Taylor, both at the hands of the police. The Black Lives Matter movement (BLM), as an organized group, has been demanding justice and police reform most visibly since the 2014 murder of Black man Michael Brown, who was killed by a white police officer.

The BLM movement is gaining momentum nationally, and there have been small gains in various public sectors.

But what hasn't changed is how prime time television dramas handle these issues. Trust me, I've seen every episode of Dick Wolf's entire kingdom... there has not been a level-headed and realistic change to interrogating "perps" since the 1990s.

The fall semester of television returns this month and a few actors have stated that recent events (such as COVID-19 and BLM) will be recognized and written into the plot lines of their respective shows. What I am most interested in watching, however, is the reforms that we are demanding reflected in the media we consume. Weighing the risk of slumped ratings, advertisers voicing their preferences, and network permissions, I am wary of how far producers and writers will go to create this discourse around their plots. There needs to be a brave movement to accurately reflect the nation in the media it consumes — and these cop-dramas are the best place to start.