20 Episodes Of 'Law & Order: SVU' That Make Amanda Rollins One Of The Best Characters

20 Episodes Of 'Law & Order: SVU' That Make Amanda Rollins One Of The Best Characters

Ranking the best 20 episodes from Amanda Rollins of "Law & Order: SVU" as of its 21st season. 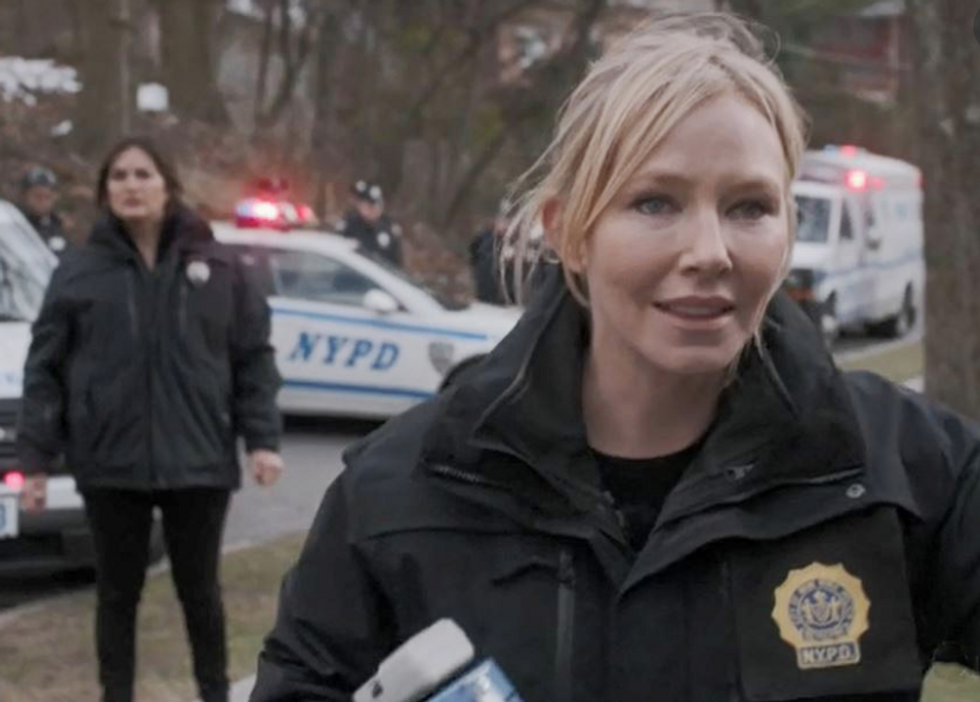 Amanda Rollins has played a crucial role on Law & Order: SVU since she first began at the 16th precinct in season 13. We take a look back at the 20 best Amanda Rollins SVU episodes from seasons 13-21.

With emotions running high during her second pregnancy, Rollins faces off against a rapist in the interrogation room in a heated exchange between the two.

Rollins puts her detective skills to the test when she goes undercover at a young women's rehab center to investigate the death of a young girl.

Amanda's troubled sister Kim returns after serving a year in prison. Rollins works to trust her again, but in the final scene of the episode, she catches her taking pills, as she comes up with another excuse to diffuse the situation.

Rollins must confront a psychopathic young man who is holding people hostage at his former school, and she must get him to think she is in love with him in order to diffuse the situation.

The first episode after Stabler's departure in the season 13 premiere which introduces Rollins and begins her intricate character personality that we see play out through the rest of her time on the series.

While undercover in a cult during a rape investigation, Rollins goes so far to even be affected by drugs and can be seen hallucinating and under the influence after the cops bust the room.

In a special episode in which the SVU detectives have to testify at the trial of a woman who killed her abusive husband, Rollins argues with the rest of the squad. This episode comes just after she gives birth to her second child. She opens up with Benson about her past life in Georgia.

After discovering that Dr. Al Pollack is the father of her baby, she goes over in her head how she wants her life to plan out and she makes a crucial life decision regarding her second child's father. She then gives birth to her baby, and the entire SVU squad comforts her.

After Rollins reaches an emotional breaking point regarding a sick case of a serial killer, she confesses to Benson that she is pregnant and that the father of her baby is Declan Murphy.

Rollins is at it undercover again, only this time, a romantic spark seems to pop up between her and Sergeant Hasim Khaldoun who is assisting SVU with the interrogation.

In order to catch a pair of rapists, Rollins goes undercover without Benson's knowledge and ends up getting very close to being assaulted herself. Mike Dodds then covers for her, and her relationship with Benson weakens, who states that she can't trust her anymore.

Rollins traces her roots back to Atlanta to receive help from her former captain involving a serial rapist's case across the country.

Within her anonymous group, Rollins encounters trouble and must reveal her own secrets at the stand during the trial.

At her baby shower, Amanda's mother shows up to bring her some trouble. An SVU case that involves her sister brings her anxiety during her pregnancy, as she must figure out what to do with everything going on.

This is the "Surrender Rollins" of SVU where she finally gets her own big episode being kidnapped, only this time there is almost a guarantee that she'll make it out alive, the only question is how?

Season 21 was a big one for Rollins as this episode introduces us to her father, and also features the return of her sister Kim, who is revealed to have her own baby boy.

Rollins shoots and kills her sister's abusive boyfriend, and IAB pulls an investigation into the incident that took place at her apartment. The plot thickens when it is discovered her sister wanted him dead in the first place.

Rollins must confront the ghosts of her past when she faces her former captain, and rapist on trial, and must reveal her deepest, darkest secrets.

After finding a girl on a train alone, Rollins gets personally involved in a case to help save a young girl from her abusive family. It then hits close to home when she discovers the bullet that fatally wounded Esther during the gunfight to save her, belonged to her own gun. She breaks up into tears in Benson's office and later goes to a church to pray.

The episode that reaches the climax of Rollins's gambling addiction. She finds herself in major issues with a gambling club after being in debt and not paying her dues.

She begins to turn her back on SVU in order to keep herself alive. The final moments of the episode offer up a shocking twist involving Declan Murphy and his undercover operation that makes this one of the most thrilling and nail-biting episodes in SVU history.