The Birds and the Be's 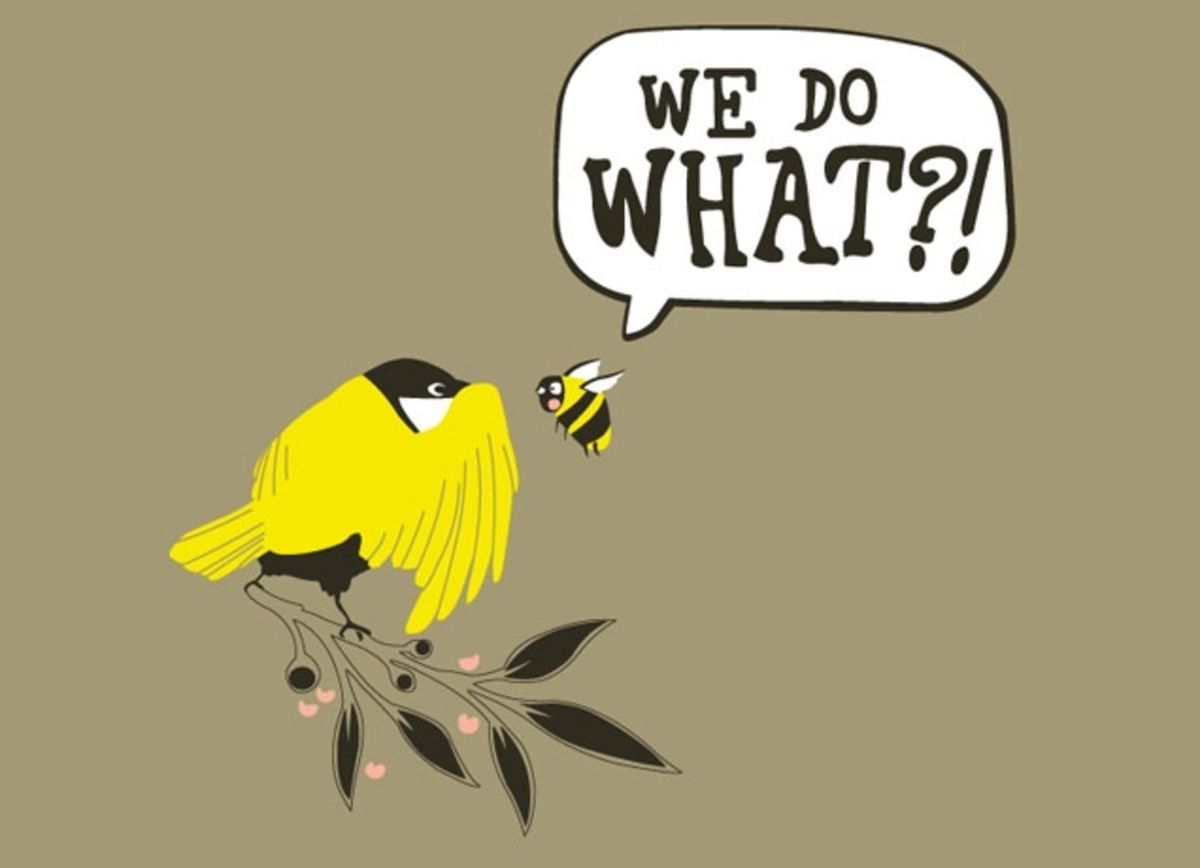 Unalienable human rights are a myth.

The immediate reaction to such an unnerving sentence likely ranges from utter revulsion to skeptical eyebrows, perhaps a reactionary dismissal of me its author. All justifiable - the stronger the reaction the better perhaps. People at large seem to benefit from struggles to gain these so-called rights after all. Such salient responses reveal the inherent failings of holding to a belief in human rights, rather than a logical and moral understanding of that particular narrative.

Historian and author Yuval Noah Harrari describes human rights, along with all other concepts as just that: a story, a narrative-concept perpetuated by a whole species of pattern-recognizing storytellers. We seek justifications, always subconsciously or consciously asking questions to fit every moment of our experience into the narrative structures that we accumulate and tend to throughout our lives like seeds and their subsequent gardens. This has led to some seemingly miraculous growths, complicated structures as compared to our other, animal kin: religion, society, gender, etc. Additionally, innate in us it seems that we have a certain predilection to declaring that 'ah ha! Yes this, this is the foundation. There is no deeper understanding to be found here', we so often maintain, only to sooner and sooner be proven that our understanding is entirely too far from the truth. Almost paradoxically, as we summit this new, still loftier peak of understanding, we often plant that same, false flag.

The conflation of truth and rationality may seem a semantic argument at best but, in a recent episode of Sam Harris' Waking Up podcast, the host and his guest A.C. Grayling discuss the differences at length. Dr. Grayling underscores the disparity:

"Truth is a very, very hard thing to find except in local empirical circumstances. Much, much more significant than that is rationality and the word 'rationality' is a very interesting one - first part it: 'ratio' is about proportioning evidence to the conclusions that you derive from them. It means being guided by your very best exploration of the evidence, your very best and most responsible reasonings; submitting things to public tests and debate. Rationality is the key. To behave, to think, and to believe rationally on the basis of the evidence, that is the surest path towards truth and you have to remember what Voltaire said: I will defend with my life the person who is seeking the truth, but I will not be so keen on the person who claims to have it."

When it is said that something 'is true', often what is meant is that 'this is my best reasoning for the conclusions that I have drawn'. One might think it would be entirely too cumbersome for us to communicate this notion every time something is asserted as "being". Interestingly enough, there are several languages that exist without the concept of being entirely and communicate ideas just as well like certain Tibetan languages. While I'm not here to propose that we all learn a new language, I will argue that what is lost in that grammatical glossing-over, perhaps a colloquial contraction of sorts, is objectivity in what is being said. The language we speak shapes our reality, after all - any casual reader of George Orwell's classic, 1984 can grasp this notion. 'War is peace', 'Freedom is slavery', 'Ignorance is strength', extreme examples to be sure, but 'Truth is rationality' falls eerily parallel to these lines.

Of course, as mentioned previously, an interesting benefit of muddying this border between terms takes the form of a sort of built-in defense system. Strong, emotional responses quickly leap like antibodies to squash invasive rhetoric viruses that would dare attempt to undermine core structures. Americans almost feverishly work to maintain this belief bristling at any hint that what has been enshrined in their founding documents might be under attack. All too often, it seems that this same immune system can be almost casually manipulated. McCarthyism, internment of the Japanese during WWII: our passionate beliefs in maintaining freedoms have led to disturbing conclusions that exclude those same freedoms for some for the benefit of the collective. Paradox and contradiction quickly become themes in terms of motivation via belief.

Comrades, of course human rights are important and worth fighting for. Of course we should seek out every instant of injustice and demand its reverse reflection. However, we do ourselves an immeasurable disservice and perhaps an enormous harm by parroting beliefs that we have inherited from the past without understanding their origin or constituent parts. Like a perverted game of telephone, we say the things we know we're supposed to say: empty metaphors, meaningless words. These are the hallmarks of belief-based language; all tools to keep us repeating the same lines until the meaning dissipates, leaving us to furiously demand uniformity of thought.

I leave you with the words of George Orwell from his deeply thought-provoking essay titled Politics and the English Language:

"Political language — and with variations this is true of all political parties, from Conservatives to Anarchists — is designed to make lies sound truthful and murder respectable, and to give an appearance of solidity to pure wind."