We Need To Talk About Luke P's Favorite Hobby: Gaslighting

We need to stop shaming Hannah B for not sending him home sooner because she was a victim of his manipulation. 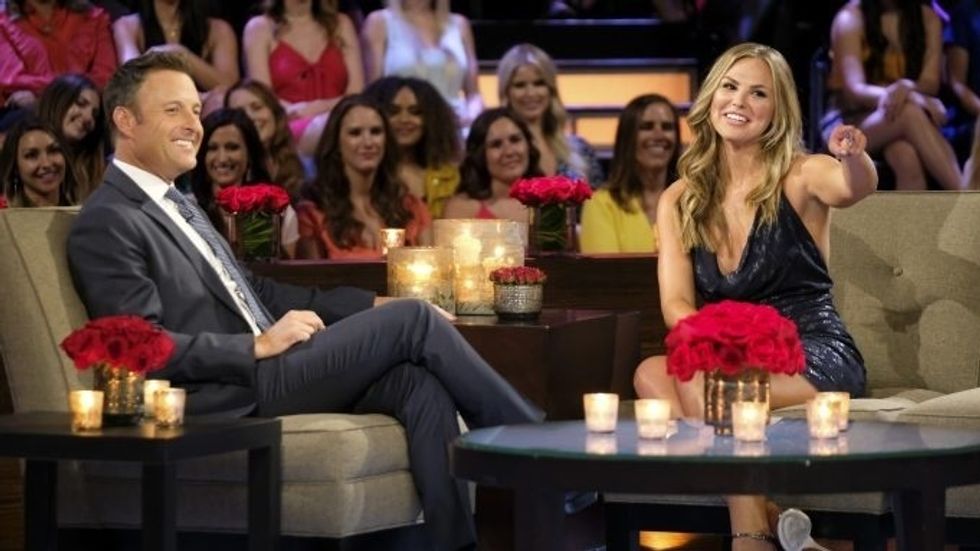 ***SPOILER WARNING*** If you are not caught up on this season of "The Bachelorette," this will potentially spoil many things for you; you have been warned.

For those of you who don't know, gaslighting is characterized as psychologically manipulating someone into questioning their own sanity and is very common in domestic abuse situations. The perpetrator will often use different tactics in order to make their victim doubt their own state of mind, such as telling them they never remember things correctly or that they misinterpreted the situation. Because these situations very often occur at the hands of a loved one and the nature of the abuse is to make the victim question themselves, it can be very difficult for someone to recognize that they are being subjected to this kind of behavior and even harder still for them to get out of the relationship.

If you have watched even a minute of The Bachelorette this season, then you know that it is filled with more drama than usual due to one "5'8" villain" we all love to hate also known as Luke P. From the minute this man entered Hannah's life, it went from being The Bachelorette to being The Luke P. Show; Luke has raised so many red flags he should have been sent home immediately. However, understandably, Hannah fell for his charms a little bit and felt a religious connection with him that led her to give him more chances than he was worth, and we wound up with a whole damn season's worth of abusive behavior by Luke.

From the beginning, it is very clear that Luke has a strong personality and an intimate relationship with God; two things that are in themselves not at all a bad thing, however, Luke uses these two things to further his advances on Hannah. During the "Mr. Right" pageant, Luke tells Hannah that he is already falling in love with her; this is a red flag because he has barely even gotten to know her which means his love for her does not come from a genuine place. Following this, we slowly see Luke demanding more and more of Hannah's time as well as being completely disrespectful of the other men in the House. Hannah addresses Luke's behavior and he instantly interrupts her and tries to explain himself--something that will become a habit of his. Jump to Luke's first solo date with Hannah in which she asks him about his issues with the other men in the house and he tells her that they are twisting his words and now she is too. We later see Luke complaining in the house that this Hannah is not the same Hannah that he met the first night.

Fast forward to Hannah and Garrett's naked bungee-jumping extravaganza (in which nothing remotely sexual happened) and Luke insists that it is a slap-in-the-face to him and that Hannah should not be exposing her body to anyone who is not her husband; he continues on to say that he will support her even if she makes a "boneheaded mistake...and something that's wrong." Hannah responds by telling him it wasn't a mistake and that it is her body and her decision; Luke then interrupts her and tells her she is twisting his words and leads her to believe she is misinterpreting what he is saying. This is one of the clearest gaslighting examples we see in the show.

We then arrive at fantasy suites where Hannah is having a fantastic time (one word: windmill) until her date with Luke where he brings up sex. Luke explains that if she was sexually intimate with the other men there then he would want to remove himself, which, fine, if he wants to leave because he can't handle her sexuality then just go, but he doesn't. Hannah tells him that at this point in the game, she does not owe him anything and even if he was her husband, it is her body. Luke insists on interrupting her to defend his actions by saying that she misunderstood him once again and that he said they will work through "this."

Hannah continues on to tell him that he was the closest thing to love at first sight she has ever had and then these incidents began happening repeatedly leading him to break her heart. And worse, she broke her own heart by putting up with it for so long and for ignoring the red flags because she believed in his love for her, but he manipulated her. This for Hannah is her biggest turning point in finally letting Luke go, because she realizes that he does not think of her as a woman of faith because of her actions and he is actively "slut-shaming" her. She tells him that she does not want him to be her husband and he keeps asking her if he can just have a minute to explain himself and she says no repeatedly and asks him to get up and just leave and he won't, insisting that she owes him this at least. It gets to the point where she is begging him to leave and he finally does get in the car and we think this is the last we see of Luke--it's not.

Luke comes back with a ring and interrupts Hannah's rose ceremony with the remaining three men. The level of disrespect reaches an all-time high here. She continuously asks him to please leave and he just won't; the other men physically get in between him and Hannah and after much insistence on her part that she has full clarity on this decision, he finally leaves. In Men Tell All, we see Chris Harrison interviewing Luke to which he says he does not regret any of his action. He shows no remorse for what he put Hannah through.

Luke P demonstrated abusive behavior and put something that can appear to be normal into the spotlight. Hannah, while she did suffer through this traumatic experience, did so in front of national TV with an audience who could help her. Many people are being subjected to gaslighting and other abusive behaviors without knowing or without being able to ask for help. If you or someone you know is being abused, whether it be emotional, physical, or psychological, please reach out to someone for help.

Contact the National Domestic Violence Hotline at 1-800-799-7233 or online at https://www.thehotline.org/help/