The Aftermath of The Deadliest School Shooting of 2018
Odyssey
CurrentlySwoonLifestyleHealth & WellnessStudent LifeContent InspirationEntertainmentPolitics and ActivismSportsAdulting
About usAdvertiseTermsPrivacyDMCAContact us
® 2023 ODYSSEY
Welcome back
Sign in to comment to your favorite stories, participate in your community and interact with your friends
or
LOG IN WITH FACEBOOK
No account? Create one
Start writing a post
Politics

The Aftermath of The Deadliest School Shooting of 2018

How many more people have to die before things change? 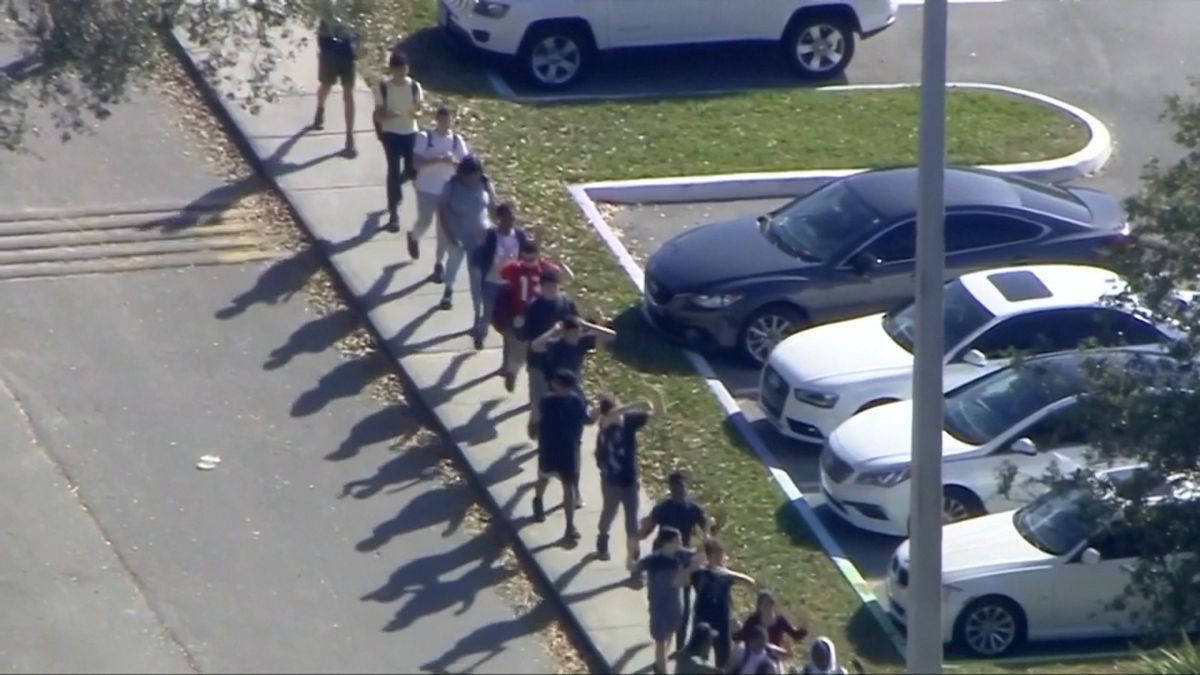 The president tweeted, "My prayers and condolences to the families of the victims of the terrible Florida shooting. No child, teacher or anyone else should ever feel unsafe in an American school."

18 hours later, he tweeted, "While the Republicans and Democrats in Congress are working hard to come up with a solution to DACA, they should be strongly considering a system of Merit-Based Immigration so that we will have the people ready, willing, and able to help all of those companies moving into the USA!"

I am quite removed from this tragedy but I am deeply offended by the president's lack of focus. We are only seven weeks into 2018 and there have already been 8 shootings at US schools, although none so deadly as this most recent one. We ended 2017 with the memory of the October 1st mass shooting at the Las Vegas music festival which claimed 58 lives and became the deadliest mass shooting in the US. WE HAVE YET TO DO ANYTHING ABOUT GUN LAWS.

There never seems to be an appropriate time to talk about gun laws in this country. Once a tragedy like this Florida mass shooting happens, immediately people demand to start the conversation on gun laws. The brilliant voices and minds of the right like Tomi Lauren will reprimand us saying that we should allow those affected to grieve before pushing our political agenda. Then the media moves on to the next story and the discussion of gun laws has never really happened. Hopefully, this time around, a proper conversation about the leniency of American gun laws will actually occur because the survivors of the Marjory Stoneman Douglas High School shooting and the citizens of their community are demanding for this conversation to take place. They, like the parents of the children Sandy Hook and the families of those who attended the Las Vegas music festival, are directly affected by this country's gun laws. I believe that if they are demanding a change, THERE SHOULD BE A CHANGE.

There is a tendency to attribute the many mass shootings of white men to mental illness and the few shootings of others to terrorism. This is a dangerous pattern because it perpetuates the stigma surrounding mental illness and distracts us from the conversation about gun laws. While there is an association between mental illness and violence, this association is too weak to blame mental illness for the repeated mass shootings that occur in this country. There are many people diagnosed with mental illnesses but very few of them become mass shooters. Yes, noticing warning signs in individuals with violent tendencies would benefit the individual and others, but this issue of escalated acts of violence is more easily addressed by restricting the access to weaponry. At the end of the day, it should not be so easy for civilians to obtain semi-automatic rifles in this country.

Instead of perpetuating the falsehood that mental illness and troubled childhoods cause school shootings, we need to address the actual problem here. The problem is the NRA's control of the government and the accessibility of automatic and semi-automatic weaponry to a wide range of individuals. Until we address this problem, more people will die, more tears will be shed, and more lives will be destroyed. Let's stand with the survivors at Marjory Stoneman Douglas High School and demand a change. Let's break the cycle.