The Adult Swim Wall: The Mecca of Late Night Animated Greatness
Odyssey
CurrentlySwoonLifestyleHealth & WellnessStudent LifeContent InspirationEntertainmentPolitics and ActivismSportsAdulting
About usAdvertiseTermsPrivacyDMCAContact us
® 2023 ODYSSEY
Welcome back
Sign in to comment to your favorite stories, participate in your community and interact with your friends
or
LOG IN WITH FACEBOOK
No account? Create one
Start writing a post
Entertainment

If it wasn't for Cowboy Bebop, I wouldn't be at this Wall today... 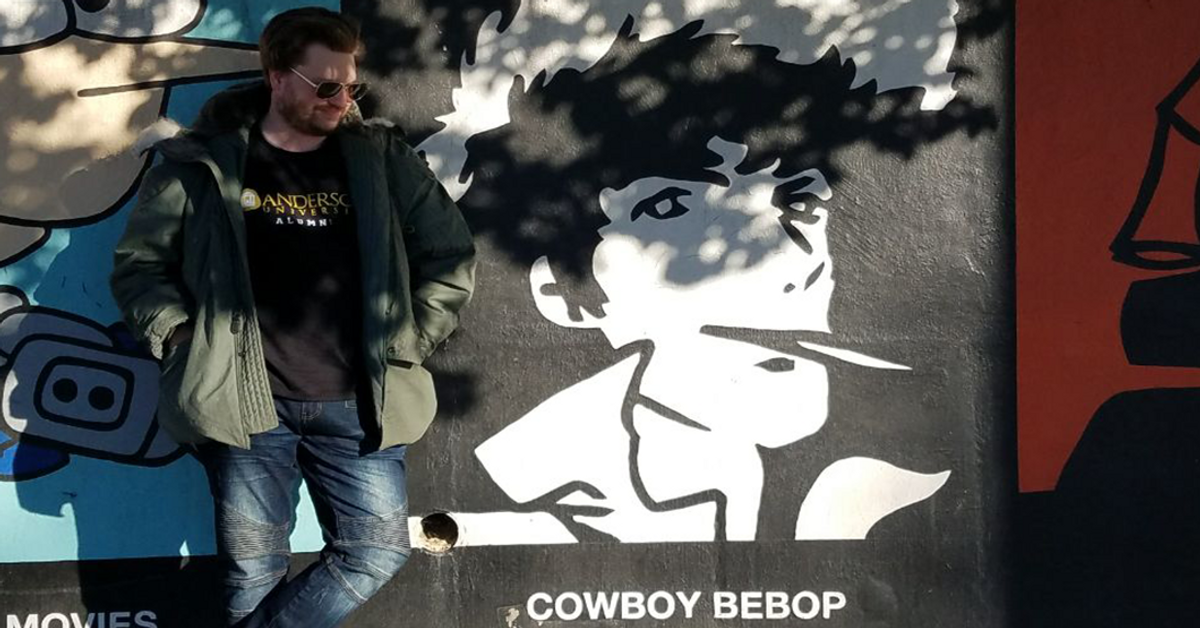 When it comes to people in this generation, especially those who grew up with watching all their shows on television in the 90's and 00's, one channel has made the biggest impact on people like myself all these years later, and that is Cartoon Network. The older you get, the more that kids cartoons don't seem to cut it for your teen years, and you gotta either find something that has your interest in animated form, or you leave behind animation as your daily ingestion of entertainment. There was a remedy to this conundrum, and that was the Adult Swim block in 2001.

I've been an avid watcher of the Cartoon Network Adult Swim block since my freshmen year in high school, going back 16 years at this point. Sure, Toonami was there to be that bridge that adults, teens and especially kids can watch action animated shows and not feel that nerdy about it, but Toonami could only do so much to the teenaged angst young adult that I was. It wasn't until late 2001 when I stumbled upon the Adult Swim block with a repeat airing of a particular episode of Cowboy Bebop that changed the course of my life to this day.

Early in January, I got to see what some might call the "Mecca of Adult Swim fanatics," which is located along Williams Street parallel to Interstate 85 in Atlanta, Georgia. Housed inside the old WTBS building is the brain palace of late night animated greatness on Cartoon Network. Seeing a friend who lives in ATL over the weekend with my brother, we made our destination to the holy land of this great programming block.

Near the entrance of this TBS building lies the spiritual equivalence of the Western Wall in Jeruselam, a holy ground to the great animated shows that have aired and are currently airing on Adult Swim. I personally felt like my pilgrimage to this holy wall was destined by fate, and I took all the opportunities to get as many photos as possible to record my history journey into this animated promise land.

The Adult Swim greats were painted into glorious splendor, making its stand on the world around us. I got to pose with my favorite late night cartoon personas of Space Ghost, Brak, Assy Mcgee, Captian Murphy, Brendon Small, Andy French and of course, Spike from Cowboy Bebop. Upon treking back and forth between these murals of true artistic splendor, my brother and I recounted our favorite shows on the wall, remarking our past to these testaments of late-night animated gods of television.

Such an amazing experience to behold in person, because each of these painted murals all mean something to me personally as a young teenager. It's because of Adult Swim that I became the anime fan I am today, and I owe this block personal thanks for that influence. If you grew up with this late night block in any capacity, you owe it to yourself to see this historical part of Atlanta. It's places like this that exist to show that television will always rule, and there is pure goodness in that idea all these years later, to be that impactful to me to this day.

Nicole Marie Nigro
Individual Creator
9284
c1.staticflickr.com
Where to start...... Let me start with the cliche that life throws us curveballs and what we do with it is what counts.