The ABCs Of Tree Hill

The ABCs Of Tree Hill 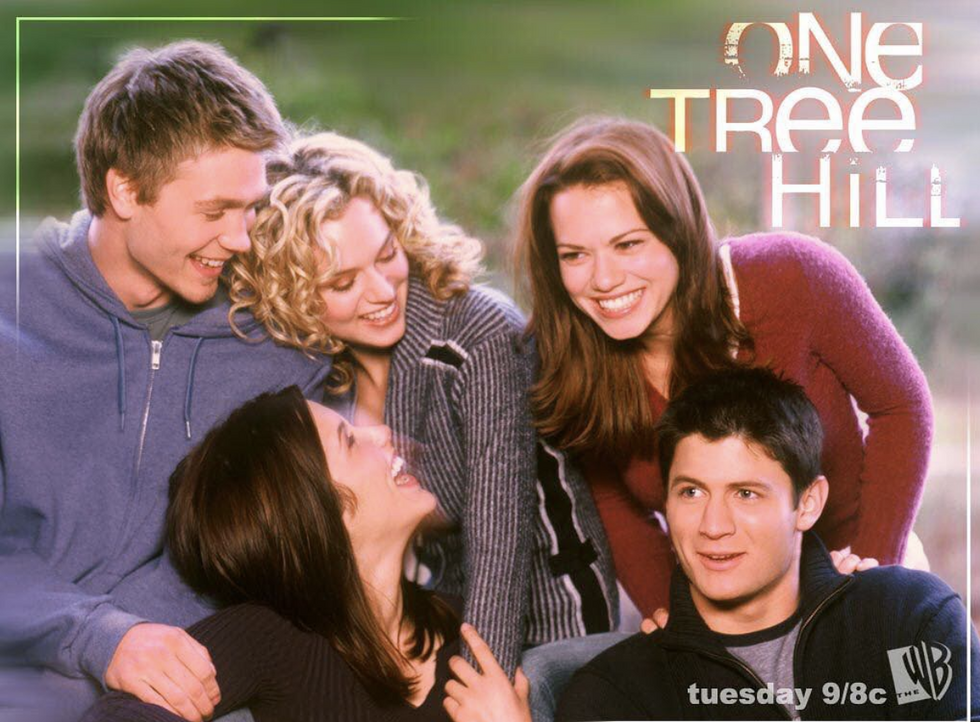 I just finished watching the iconic "One Tree Hill" for the first time and I'm still experiencing "Post TV Show Depression." Is that even a thing? I'm going to make it a thing. When you finish a show and you're just in shock that it's actually over and you just want to rewatch it again and again. Yeah, that's my current state, so of course, I decided to write about it. Like a coping mechanism or something.

If you have watched One Tree Hill, I KNOW you can relate. Let's bond a bit over our love of that drama-filled, small, North Carolina town that captured our hearts for nine seasons. Shall we?

If you haven't watched the whole show yet...stop reading now!! Watch more episodes!! Bookmark this article for later!! I discuss all things seasons one through nine.

A. Always and Forever

If Naley isn't your favorite TV couple...what?? I love them. Who doesn't?!? They're iconic. They're goals. Everything you'd want wrapped up into two TV characters. This quote sums them up in three words.

A QUEEN. Need I say more? She is dedicated to fashion, devoted to her family, supportive of her friends and she absolutely deserves the world.

Oh my god, these two. Their relationship has never been solid, their arguments cause disagreements for pretty much everyone in town and they are the core of Nathan's stress...especially while in high school. This picture is a rare nice one.

I love this line so much. Jamie's little comeback is just adorable. Pretty much anything that comes out of his mouth is adorable.

At first, I had my doubts about Clay. I wasn't sure how his character would develop and fit into the show. But, the writers did such a great job and he's one of my favorites. After working with Nathan and eventually developing their own agency, Fortitude, Clay was quickly one of my favorites.

Is there anything better than jamming along to the theme song?? And random Gavin DeGraw appearances in the show??

Say what you want, but I love Haley. There are a few times, more so in the beginning, she came off as selfish, but she is really a great mom, friend, sister, teacher and wife.

"It's you, Peyton" GETS ME EVERY TIME.

What. A. Little. Cutie. If you don't want to hug him and multiply his cuteness, who even are you?

Tbh, I'm not the biggest Luke fan. Going back and forth between Peyton and Brooke all the time gets old, but #drama. If Lucas and Peyton were in the later seasons and if we could have seen them as parents, I think my perspective of him would have changed for the better. Side note, I'm team Leyton (Lucas + Peyton) over Brucas (Brooke + Lucas). Just sayin'.

MY. FAVORITE. CHARACTER. He's a great father, he's an amazing and supportive husband, he's got the looks, he's athletic, he's good with words...he's Nathan Scott. What more needs to be said? Mic drop.

One of Nathan's most memorable quotes that just hits ya right...in...the...feels. (And scares you when you realize you're not a kid anymore and it is ~someday~)

I love Peyton. Another iconic core character that helps shape Tree Hill. Peyton is passionate about everything she loves and it shows. Plus, I just read Hilarie Burton's (who plays Peyton) autobiography, and it shows how her character carries over into her real life. (Also, I 12/10 recommend the book. It's a great read.)

I never understood her relationship with David and I'm so happy that she and Clay found each other. Clay and Quinn are SO CUTE! God, the last few scenes with little Logan just melted my whole heart.

"Good evening ladies and gentlemen, and welcome to another historic night" -Mouth, season four finale at the beloved Rivercourt...where he got his start in sports broadcasting. Home to the first Nathan vs. Lucas "basketball battle," Nathan working with Q, Jamie playing with Nathan...and all of the MANY bittersweet moments in between. The River Court was home to so many key memories.

My god this CLASSIC episode. Haley finds out she's having a boy, Lucas and Peyton figure themselves out, THE RAVENS WIN despite the point-shaving issue. It's just an all-around favorite. If you're going back to rewatch certain episodes...try season 4 episode 9.

The concerts. The Halloween festivities. The drama. And Chase Adams (bartender, bar manager turned BAR OWNER) handles it all so gracefully with his gross and unwanted specialty drinks.

A random episode, but seeing the girls dressed up in superhero costumes is pretty memorable. I would call it unrealistic, but hey, we've learned to run with "unrealistic" at this point.

Ohhh just another layer of drama. But, the show, and "Clothes over Bros," wouldn't have been the same without Victoria and her dominating self.

What I would do to take a girl's trip to Wilmington IMMEDIATELY. How fun would it be to see the houses, the bridge, Karen's Cafe, the high school and all of the places that captured our hearts during the show? I love to travel...a weekend here is definitely on my list of places to go.

A total nut case. When Tara came from behind to tase him, and then Brooke followed suit, I was jumping for joy. (Well, let's be honest, that whole episode had us on the edge of our seats. My goodness, I could not contain myself while watching that.)

It's no surprise that these teenagers act more like twenty-somethings while high school. Eh, we roll with it.

Z. Zero is not a size

SAY IT LOUDER FOR THE PEOPLE IN THE BACK! What an episode. What a night. What an event.

I hope you enjoyed reliving some classic "One Tree Hill" memories. Now, go back and rewatch it all again. Go ahead, no one is judging. And I'll leave you with this cute Scott family photo.