The 9/11 Kindergarten Class Is All Grown Up

The 9/11 Kindergarten Class Is All Grown Up 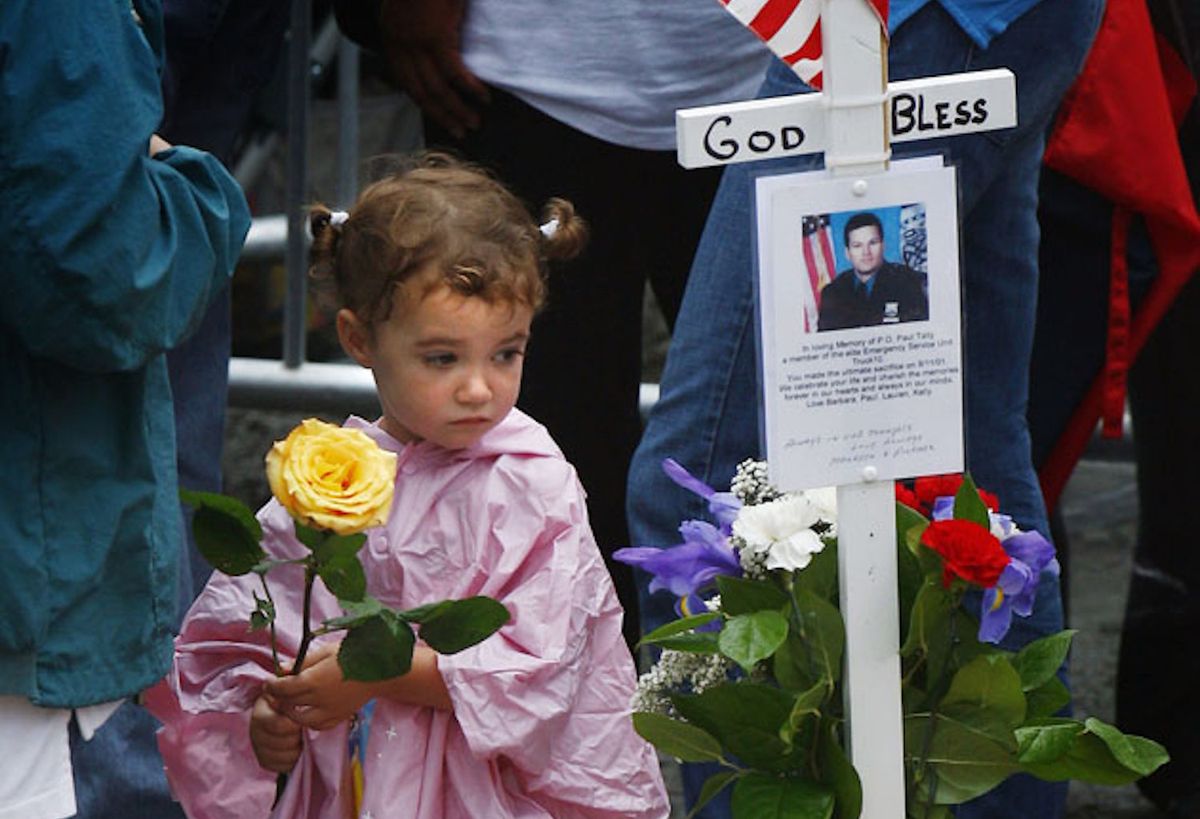 I remember three things from September 11: being pulled out of kindergarten early, my father seeing smoke above Manhattan from where he worked on Northern Boulevard, and a lot of worry about my mother, who, at the time, was an American Airlines employee at JFK Airport.

Even still, the latter events I didn't quite comprehend until I was older. Being five-years-old during a major terrorist attack doesn't leave you with vivid details to recall, just a general smoggy, chaotic ambiance.

I think it's fair to say that despite my young age, I am able to recall scarce events from 9/11 given my geographic and social ties to the region affected. Most kids my age at the time probably didn't have much of a clue as to what was happening. Hearing stories from older adults, recalling exactly where they were when the tower fell, is still startling to me. I'm glad I was so young, so blissful and naïve.

But now, I feel anything but because the kindergarten class of 9/11 has grown up. We're now sophomores in college, finding ourselves on the brink of more terror, more tension and a lot of uncertainty. We've grown alongside the rise of information technology and the rise of ISIS. So sorry if we come off as “narcissistic," it's a lot to handle.

Being so young in 2001, I really could not relate to any of the fear that Americans were burdening -- the quiet hush that laid over the Big Apple, the shock and awe of new security measures. By the time this was the “new norm," it was the only norm I knew. My peers are used to being body checked into concert venues. They don't blink at the sight of metal detectors in high school lobbies. We can open our bags and dump our opened water bottles before we are told to.

In 2016, we are turning 19, 20 and 21. We have our own minds, our own goals, and perspectives. With all this independence, we have paid a price. The curtain has been drawn. We know what is going on in the world. You don't need to tell some of us twice. Guns, ISIS, suicide-bombers, quasi-massacres, plane scares – when has there been a day recently when this has not been heard?

When I heard my parents and their friends tell me about 9/11, where they were, how they felt, the days and weeks that were to follow, I could never imagine such a thing. Last week I was walking through Times Square, enjoying the pre-New Year's Eve festivities with a few friends. I'll turn 20 next month, I'm enjoying college break, I'm young and free and the whole world seems to be in front of me.

Yet, on a Manhattan street corner, bursting with tourists, trying to hold on to my friends as to not lose each other, it hit me. It could happen. Now. Why shouldn't it? There were threats made. It's New Year's Eve. This is a prime location that would result in massive victims. Who is stopping them?

I get hit with this wave every now and then -- in a movie theater, driving down the highway, walking across campus, checking in at the airport. I shouldn't have to feel like this, but like I've said, this is our new normal.

But to answer my own question as to who is stopping them, I believe there are people out there fighting the bad guys, as cliché as that sounds. And not just through war or arms, but through legislation and diplomacy. Your everyday heroes and do-gooders. Don't forget that these people make up most of our crazy, lovely world.