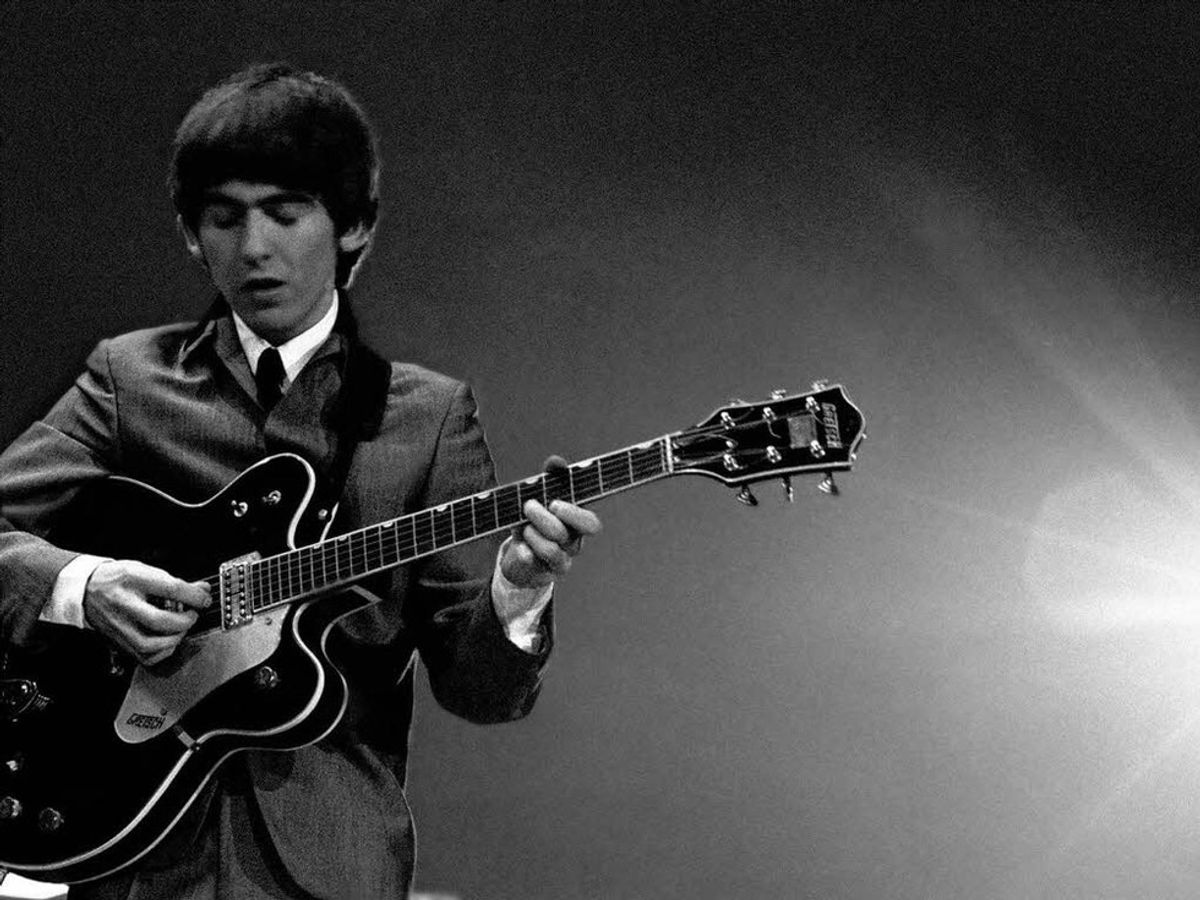 Paige had to leave the room quickly. Her heartbeat sped up. Her world spun increasingly fast. She felt physically sick. Paige wasn’t sure she could face any of them but most especially the one who’s heart she broke by leaving. His chocolate brown eyes still burnt her green ones even when they went separate ways. The week after their mother died, she and Valorie packed up and left Liverpool for America. That was 2 years ago and her Liverpoolian accent was nearly completely gone, replaced by a foreign tongue.

“It will all be fine. You’ll see, big sis.” Valorie's hand on her shoulder usually calmed Paige but today was not quite a typical day. Paige tried to smile at her but couldn’t find it in herself to follow the action through. As they pulled up to the airport, an overwhelming sense of calm overtook Paige. She knew it would all be better. She steeled her nerves and headed into the main baggage area. Paige and Valorie followed the hundreds of people to the gate where the boys would be. They pushed to the front.

A total of 5-10 minutes later, the gate itself opened so the crowd could head out to the runway. Thousands of people were screaming and hollering. It was enough to make Paige’s head spin. The plane landed and the crowd watching erupted. Screams began that were so high pitched it was hard to hear anything else. Paige looked around and on the runway saw four figures exiting the plane. Her heart leaped to her throat and she choked when she saw who was out first. It was him. Valorie saw her sister’s eyes widen profusely and she looked down to where the boys were leaving the plane. Oh of course… He had to leave the plane first didn’t he? Terrible timing that is. Valorie patted her sister’s shoulder gently. One look in Paige’s eyes said everything. But she tried to keep her composure.

“I-I think I’ve seen enough. Let’s get going, Val. We need to plan what we’re wearing and all that for Tuesday.” Valorie understood what her sister was really saying and didn’t push her. “Alright, let’s go home. We can meet up with them after the concert on Tuesday. But you do know you’ll never get rid of this guilt until you talk to him again. I know you. You hold things in but it isn’t healthy. Talk to him. Clear the air. I’m sure you’ll feel better.” Paige nodded at her sister, essentially to shush her by agreeing. She knew in her heart of hearts that she couldn’t face him but no use telling her sister this fact because she’d just tell her the same things she’s saying now.

Tuesday came without much incidence. Paige put on her favorite red dress. She was going to look good in case she met up with someone afterwards. The outside air was freezing. It was early February so she didn’t expect any less but compared to her warm house, the outside world was a tundra. Paige and Valorie pulled up outside the Washington Coliseum Theater and parked. They stepped inside the huge auditorium that was still set up as if it was going to host a boxing tournament and not a concert catering towards eight thousand people.

The room smelled of alcohol. It made Paige sick to her stomach. There were too many people in such a small place. She was beginning to feel extremely claustrophobic. Her breathing became labored and she didn’t enjoy the experience of all these screaming fans. She was trying to genuinely hear the two opening bands before the boys. She personally loved the Chiffons and the Caravelles. Tommy Roe wasn’t a slouch musically either. But unfortunately most of his performance was drowned out by impatient concert goers who just wanted The Beatles and no one else.

The sound increased to more decibels than what the ear could take as the Beatles themselves came on stage. Valorie and Paige pushed up front to see the boys better. Tall people were the devil sometimes. One of the band members, George Harrison, stopped and looked around. His brown eyes fell upon her green ones and they widened in shock. Then he genuinely smiled and waved to her.

Suddenly everything around Paige became colorful and brighter. Heat rose to her cheeks as she found herself screaming his name at the top of her lungs. A name she had promised she would never utter again. After two years however, it felt so good to say the name and she barely paid any attention to the songs being played (not that she could hear them anyway). Valorie grinned to herself watching her sister light up profusely.

“I told you, this music is a good thing. It is a reminder of time spent at home. I know some memories are painful but it is time to move on. Just let yourself enjoy this experience.” Valorie crossed her arms and tried to glare at her sister sternly. But seeing her happy was all that Valorie wanted and her scowl disappeared. For the first time in 2 years, Paige felt much better and smiled genuinely. After the show ended, Valorie and Paige were invited back stage to meet up with the boys. Paige ran up to George right away and embraced him, by exuberantly throwing her arms around his neck. He was shocked at first but held her close.

“I missed you so much, George. I’m so sorry I ever left.” He looked down at her tear-stained face and said,

“I forgave you a long time ago. It is time for you to forgive yourself.” She nodded in agreement. “I will, I promise.”

He then did something odd and it ignited excitement in her. He asked her to come with the band on tour and then to the UK.

“We can pick up where we left off. Come home with us. Please, Paige. I miss you.” They hugged again and she said she would consider it.

“We’ll be in the hotel for one more day. Meet me there.”

The next day after the chance encounter, Paige was ready to face her homesickness and had a heart-to-heart with her sister. The meeting helped her think a little about the fact that she really did want to go home with George to pick up the relationship she never truly closed and to see the place she left behind all those years.

“Valorie, I’m going with the boys to all their concerts. I still love George very much and we are meant to be together. I’m leaving tomorrow with them.”

“I agree with you, Paige. That’s why I got us those tickets. I thought you might have a revelation like this. I wish you all the luck in the world, big sis.”