How Thanksgiving Came To Be. 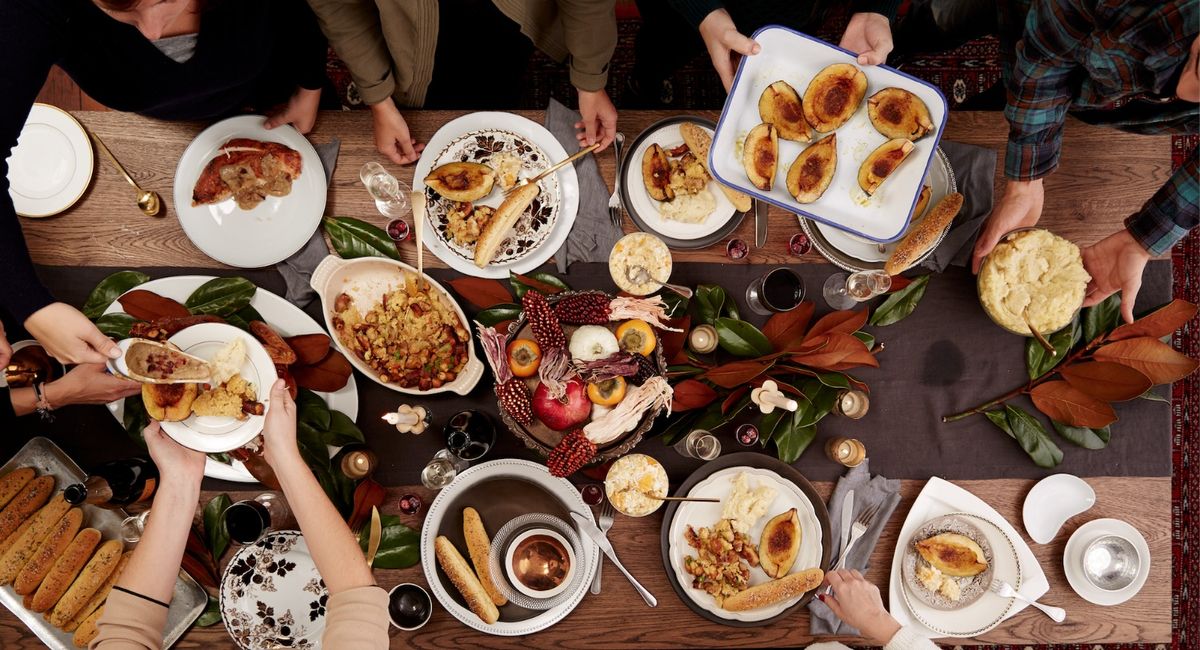 Thanksgiving is a United States holiday that is celebrated every year on the fourth Thursday of November. It’s a holiday where people around the country come together and give thanks. But do you know the history of the holiday?

In 1620, a hundred and two passengers boarded a ship named the Mayflower near Plymouth, England. The passengers sought a new home where they could freely practice their faith. They decided to head to the “New World” where they heard stories of how good it was there. Sixty-six days later, they landed near the tip of Cape Cod. A month later, they arrived at the Massachusetts Bay. There, they began to build their colony.

The first winter was not kind to the Pilgrims. Most people stayed on the ship where they suffered from exposure and outbreaks of diseases. By spring, only half of the original passengers and crew survived. The people that made it through the harsh winter moved onto land, and were visited by an Abenaki Indian.

Several days later, the Abenaki Indian visited the Pilgrims once more, but this time, was with a fellow Native American named Squanto. Squanto was a member of the Pawtuxet tribe that was kidnapped by an English sea captain who later sold them into slavery, but Squanto escaped to London, and later returned to the New World.

Squanto was the one that taught the Pilgrims how to cultivate corn, extract sap from maple trees, catch fish, and avoid the plants in the area that were poisonous. Plus, Squanto helped the Pilgrims make an alliance with a local tribe called Wampanoag. In November of 1621, Governor William Bradford organized a feast to celebrate the Pilgrims’ first successful corn harvest. This is known as the “first Thanksgiving.” The festival lasted for three days.Two years later, the Pilgrims celebrated once more to mark the end of a long drought.

In 1789, President Washington issued the first Thanksgiving proclamation. John Adams and James Madison, both during their presidencies, also designated days for giving thanks.

In 1817, New York was the first state to officially adopt an annual Thanksgiving holiday along with other several states, but each state celebrated the holiday on different days.

In 1827, Sarah Josepha Hale, an author, launched a campaign to make Thanksgiving a national holiday. She published several editorials and sent letters to governors, senators, and presidents. She fought for thirty-six years.

In 1863, President Lincoln made her request. The president established Thanksgiving in November on the final Thursday of the month.

In 1941, President Roosevelt reluctantly signed a bill stating that every year, on the fourth Thursday in November is Thanksgiving, ending Roosevelt’s plan known as Franksgiving.

That’s how Thanksgiving came to be as we know it today.

Thanksgiving is one of my favorite holidays. I love everything about Thanksgiving. There are a few traditions that I can always count on that me and my family do. One, we always sausage, cheese, and crackers for lunch, we have turkey, stuffing, and mash potatoes for dinner (along with other food), and pie for dessert. Second, we break the wishbone. The odds are against me it seems with this one. It's rare for me to get the bigger part, but it's okay. Third, we always watch the parade and football especially when the Packers are playing.