Pumpkin pie will always be #1. 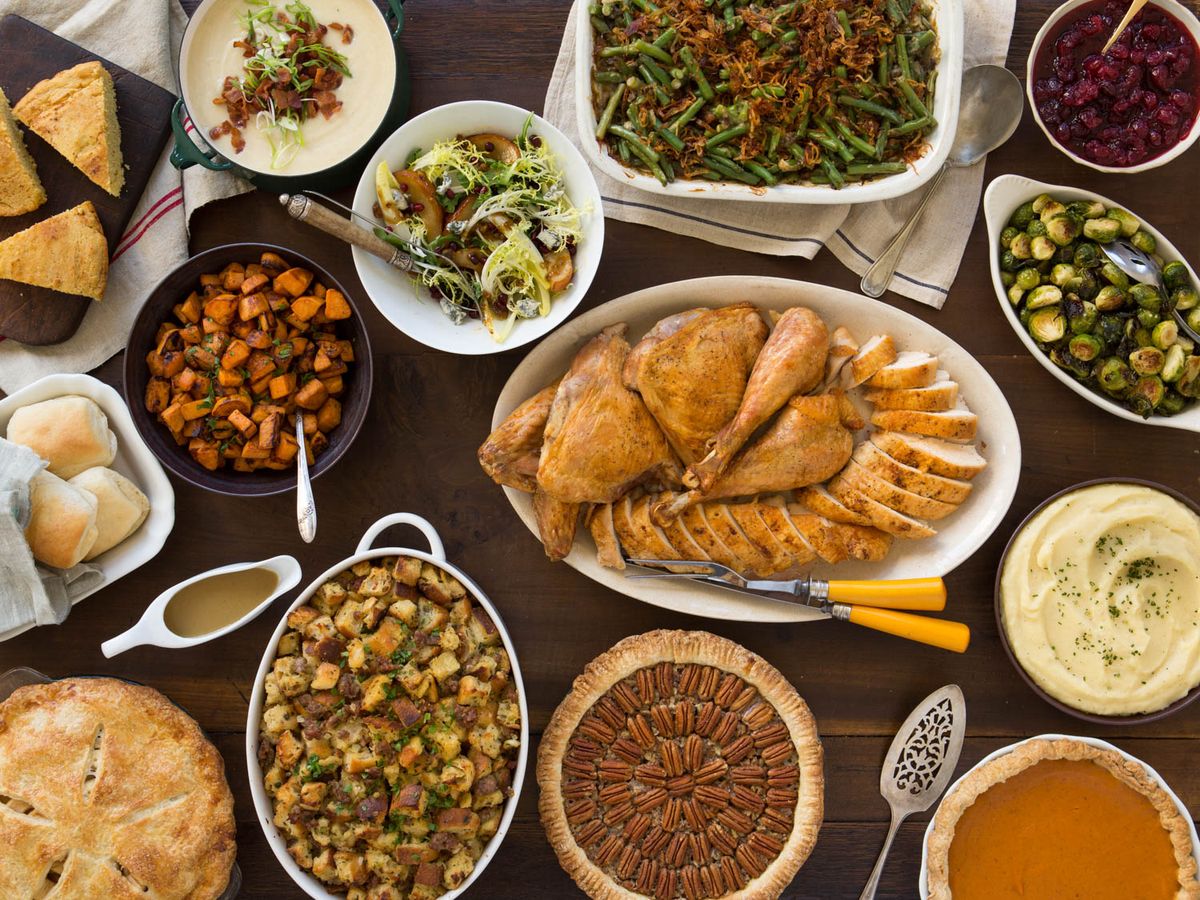 This week, I made a ranking of Thanksgiving foods from best to worst. These are the ones my family makes and eats. They may be different from your family's meal. You may disagree on the ranking or the inclusions, but that doesn't mean that the Thanksgiving family meal isn't the best one of the whole year. Gathering with family and friends to catch up and break bread is one of the best parts of the year.

...with whipped cream would have to be my favorite because it's pretty much the one time I get to eat it during the year. Whether homemade or store bought, it's so worth it.

...is great. I could never go vegetarian for three reasons: bacon, chicken, and turkey. The white meat vs. dark meat debate is ongoing and divided — some people will only eat one, some prefer one over the other, and some don’t have a preference. I say both are great. I just like turkey.

Potatoes and turkey gravy are the heart and soul of the meal. I would guess that most of the population would consider this to be the one of the best.

...with French's french fried onions on top, just heaven on Earth. Green beans and cream of mushroom soup, just so good. One of my top picks for the meal.

More carbs — obviously it’s made with bread crumbs (whether boxed and processed, or freshly dried with spices). Stovetop is best. Any foreign ingredients like cranberries or craisins are not . We also have cornbread dressing - wild rice, cornbread, sausage, bacon, green pepper, celery, croutons, bread crumbs. But Stovetop is better.

...(gotta be King’s Hawaiian). Or white bread. If I'm going to eat carbs -- which, yes I'm always going to -- I'm going to eat the good stuff that is totally not good for you. Wheat bread is the enemy.

Sauteéd and drizzled with olive oil, they’re alright. I’d prefer the Green Giant ones with the butter sauce, so they're down towards the bottom of the list.

They're almost my least favorite part of Thanksgiving dinner. Yeah, I can tolerate them, but they wouldn't be even close to my first choice.

Literally the worst. Sorry to all my relatives or friends who are huge fans. I can't get past the fact that it comes out of the can, and you already know the sound it makes. It maintains the shape of the can, so there's just got to be something wrong with it.

Cranberry relish, made with cranberries, sugar, and orange. Pistachio fluff has marshmallows, walnuts, pistachio pudding, cool whip, fresh pineapple. I think the tart fruits ruin them for me.

What are your favorites? Do you agree or disagree with my rankings?

Which dishes does your family eat on Thanksgiving?

Kassie Hsu
Baylor University
4412
Panda Whale
Here are 100 things I'd rather to than study. I know the semester just started, but
Featured