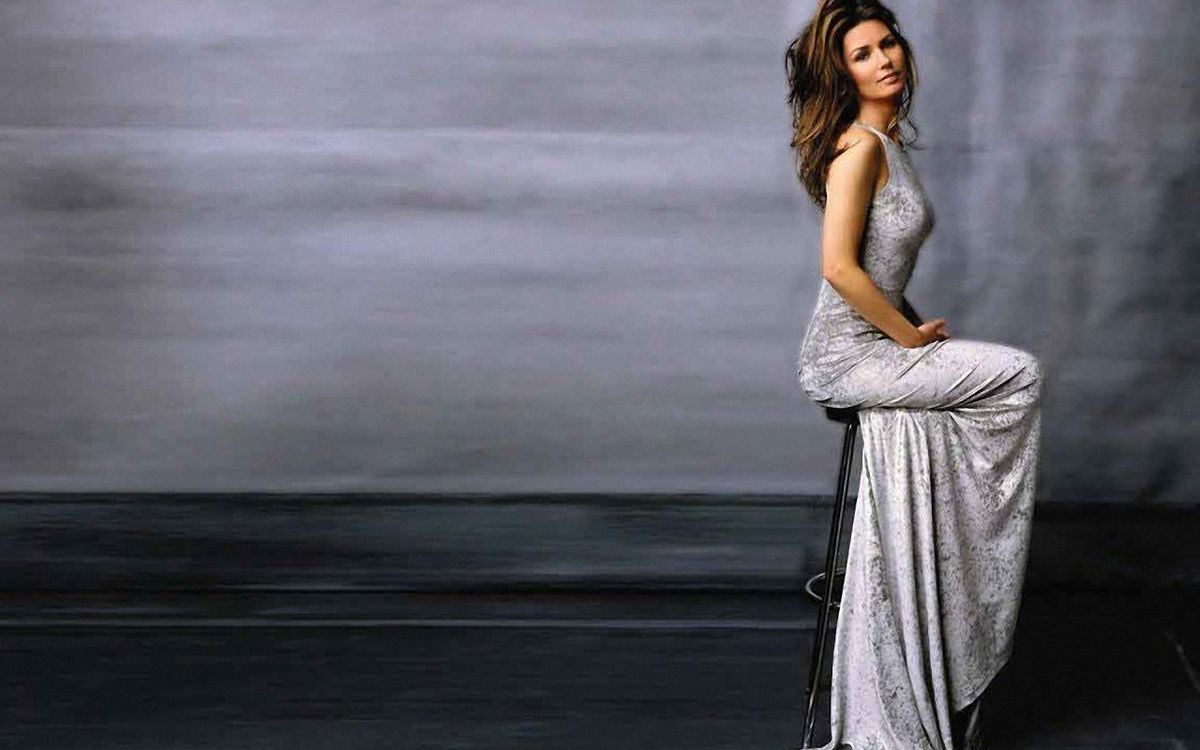 Shania Twain; the queen of 90's country music. A role model. Our all time favorite music artist and person in general for many reasons. If you don't know who this lady is, just google one of her songs and you will not be disappointed. She is amazing! Here are ten reasons we love Shania Twain:

1. Her life story is inspiring

Shania Twain is the prime example of how someone can turn their life around no matter what the circumstances. Shania was adopted at an early age, grew up poor (even worked at McDonald's at a time) and lost both of her parents in a car crash when she was 18. She took care of all of her younger siblings, but also made time for her music career and dreams and eventually made her way into Music City, Nashville, Tennessee.

2. Her songs are upbeat and fun

Shania's music style combines country and pop, and makes for great karaoke singing and dancing. Listen to "Any Man of Mine," "Man! I Feel Like a Woman", "Party for Two" or "I'm Gonna Getcha Good." You will understand.

"Nah," "Up," and "She's Not Just a Pretty Face" are three songs from her latest album that can get any lady through a typical day or the worst of a breakup. "Nah" encourages us to never to go back to our exes and puts a fun spin on telling them no. "Up" describes how no matter what is going on, things will always get better. "She's Not Just a Pretty Face" talks about all the different and awesome things us women can do--from being a football coach to a politician. Shania helps us understand that there is more to life than just having a "pretty face."

Behind all of the makeup that her music video producers put on her, Shania is still just as beautiful as ever. Not only is she beautiful on the outside, but also on the inside. In her free time, she is just as real as ever, and she has a soft spot for her pets. Check out her Instagram to see pictures of Jett, Melody, and Skipper-- you won't regret it.

5. She has won 5 Grammy awards

Although Shania would claim fame and fortune don't mean anything as long as you are doing what you love, she has the statistics to back her up. She is awesome and we love her! Need we say more?

6. She has had multiple number one hits

Shania's most popular song, "Come On Over" was very successful and reigned at No. 1 on the country charts for a combined 50 weeks. The album is the bestselling country album of all time—reaching 40 million in worldwide sales—as well as the top-selling album by a solo female artist.

7. She will have an exhibit at the Country Music Hall of Fame and Museum this summer

Set to open on June 26th 2017, the exhibit will feature past costumes, photographs and memories of the artist's career. Take a trip to Nashville and see it for yourself!

8. She throws a rocking concert!

Although she claims her last ever tour was in 2015, she is still performing at some music festivals, such as Stagecoach in California this past weekend. We are hoping she will have another tour. You can never have too much Shania... and we are not ready to say goodbye yet!

9. She will be releasing a new album in September

Surprise! Shania will be releasing her first album in 15 years this September! She has been working on this project for a few years now. The album name has not been released yet, but her first single off of the album is "Life's About to Get Good" and is scheduled to arrive in June. We are SO excited and cannot wait!

10. She reminds us of our younger times

Because she hasn't released any new music in a decade and a half, all of her songs remind us of our younger days, ten to fifteen years ago. Our lives were different back then and much more simple. Listening to her songs remind us of these days, possibly our childhoods, when we bought her CDs and where we would listen to them. Luckily now, we can listen to her music anywhere and anytime we want (and we will have new music soon)!

We love Shania! Watch some of her music videos here:

"Any Man of Mine"

"Party For Two" (with Billy Currington)