Teenage Mothers Deserve More Respect
Odyssey
CurrentlySwoonLifestyleHealth & WellnessStudent LifeContent InspirationEntertainmentPolitics and ActivismSportsAdulting
About usAdvertiseTermsPrivacyDMCAContact us
® 2023 ODYSSEY
Welcome back
Sign in to comment to your favorite stories, participate in your community and interact with your friends
or
LOG IN WITH FACEBOOK
No account? Create one
Start writing a post
Politics and Activism

Give Them the Credit They Deserve 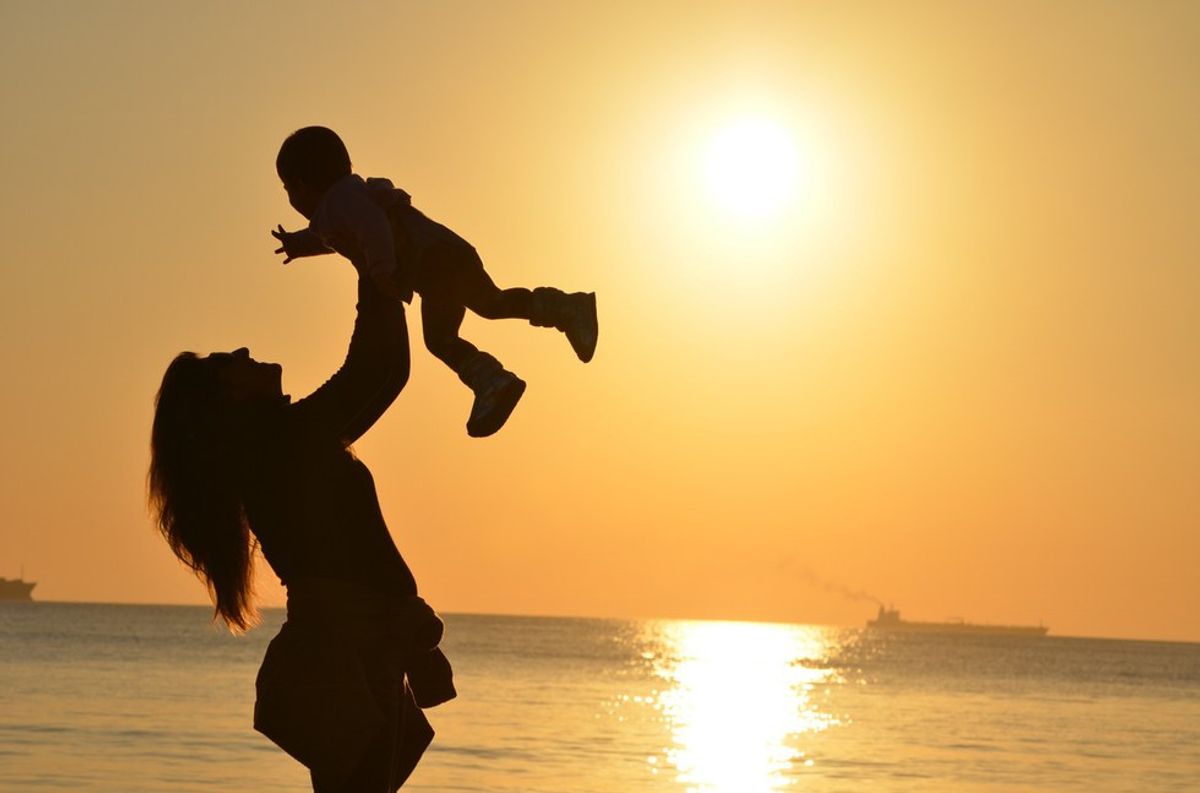 “Being a young mom means that we met a little early, but it also means that I get to love you a little longer.”

Society shares many opinions towards the controversy of teenage pregnancy. The common opinion that a person feels is that teen pregnancies are sad, wrong, and “trashy.” The teenager often falls victim to the opinions and words of others around them. These teenagers are looked down upon. But, for what reason? Is it reasonable to believe that every teenager is abstinent? Is it reasonable to believe that everyone waits? Is it reasonable to believe that mistakes don’t happen? In my opinion, every good mother deserves respect. Who is to say that the teenage mother is not a good parent? Many will say she doesn’t know what she is doing. Well, she has plenty of resources around her to learn, and many teenage mothers take advantage of that. I have heard people believe the common misconception that many others believe..”The child will not be raised well if it is raised by another child.” Let me tell you, I have friends with parents who had them at very young ages and yet they excel at many things, some things that I cannot do.

What really bothers me about people’s thoughts about teenage mothers is the belief that they are throwing their life away. Yes, when you have a child, that child becomes your life. However, I know many teenage mothers who have raised a child while in high school or college. Some even work a full-time job! Does anyone understand how hard that is? Of course, they have different circumstances than other mothers who have planned pregnancies, but just because they are young does not mean their world is ending. In fact, their world is just beginning. A new chapter of their lives begins when their child is born and they will continue to go on a journey discovering things throughout motherhood. Sure, maybe they have to take a pause to care for their child. Did you catch that? A teenager putting their own life on hold to care for another life. What can you say negative about that? Sure, they are leading different lives than other teenagers but they are making daily sacrifices that only they could understand.

Now, not all teen mothers are single mothers. It’s an extremely common misconception that teenage mothers are doing it without a man. If they are, good for them. Many will say that teenage couples who have a child will break up. Who’s to say that? People say the couple should get married as well. Why should a marriage that is not ready to happen, happen? Wouldn’t that affect the child? People do not think about what they are saying when it comes to teenage mothers because all they want to believe is that it is completely horrible!

There are good moms and there are bad moms. Yet for some odd reason, teen moms get looked at as bad moms or irresponsible. How are they irresponsible? Are they irresponsible because they chose to raise their child over abortion or adoption? Teen mothers are young and choose to make a child their #1 responsibility and priority. They have way more to sacrifice than older mothers. You rarely hear someone saying positive things about a teenager bringing a child into this world. It proves that so much negativity is thrown toward these teenagers, yet we expect them to get along just fine. Do we want an unhappy mother raising a child? Bringing a child into this world where they are looked down upon? Society does not support them. The media does not support them. I have never understood what exactly is so wrong about this “controversy.” I say we start mentally supporting the young mothers rather than tearing them down when they are already in a stressful place. No, this article does not mean I want a child nor am I anywhere near ready to have a child! But ending the constant belittling and degrading teenage mothers is something I definitely am ready for.