Taylor Swift Just Got Political, And We Should Take Notes

If Phil Bredesen is seated in Congress in January, he has Taylor Swift to thank. 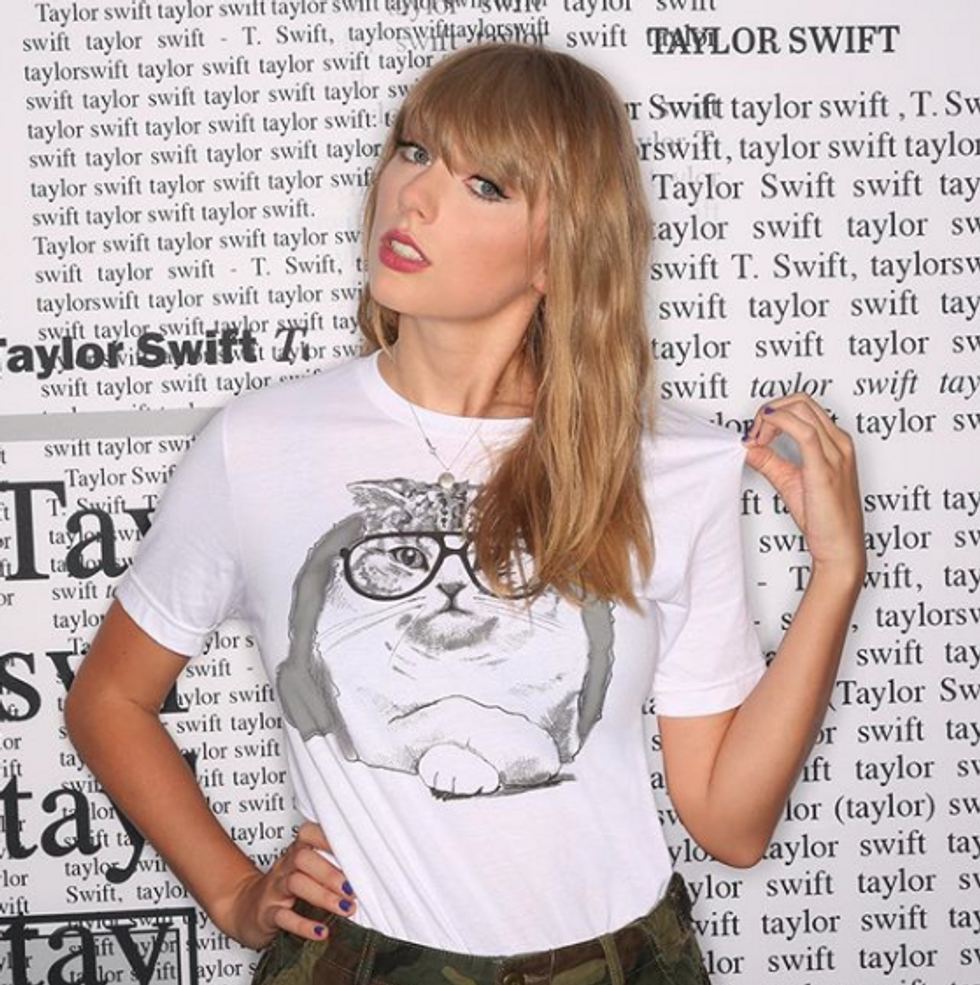 Last week, about a month away from this year's midterm elections, Taylor Swift shook up the outlook of the election and possibly gave Democrats the boost they need to flip Tennessee's Senate seat to blue.

Right now, the Senate has a 51-49 split with Republicans having a majority over Democrats. Tennessee is traditionally a pretty solid red state for Republicans, but Swift may have given the Democratic party a majority in the Senate in a single social media post.

"In the past I've been reluctant to publicly voice my political opinions," said Swift in an Instagram post. "But due to several events in my life and in the world in the past two years, I feel very differently about that now.

"I cannot vote for someone who will not be willing to fight for dignity for ALL Americans, no matter their skin color, gender or who they love."

This was a jab at current Rep. Marsha Blackburn, whom Swift called out by name in the post. Swift said Blackburn voted against equal pay for women, the Reauthorization of the Violence Against Women Act, "which attempts to protect women from domestic violence, stalking, and date rape."

So, instead of Blackburn, Swift is voting for the Democratic nominee, Phil Bresden, who used to be governor of the state of Tennessee, as well as Jim Cooper, who is running for re-election in Tennessee's 5th District in the House of Representatives.

From her post on Sunday until noon on Tuesday, the deadline to register to vote in many states, over 166,000 people registered to vote. Over 6,200 of those came from the state of Tennessee.

Granted, not all of them are because of Swift. But many of them are. Vote.org said that it has never seen that many people register in a short period of time like that. Swift has over 112 million Instagram followers. Are all of them real people? Probably not. But in a race that is currently projected to be within 3 points, it could swing the pendulum.

Unfortunately, in today's climate, no bold statements like Swift's will ever go without backlash. This time it's from far-right conservatives.

On Fox News, conservative commentator Charlie Kirk said: "what I used to love about Taylor Swift is she stayed away from politics."

My question for people like Kirk is who is allowed to have a political opinion? Donald Trump? The man who avoided politics for his entire adult life before running for president?

Politics literally dictate our livelihood and the laws that govern us, so why should a citizen like Taylor Swift be criticized for wanting other citizens to be informed and perform their duty as a citizen and vote?

Don't ever be afraid to speak about your beliefs because the backlash you may receive. Swift wisely turned off the comments on her Instagram post. One can only imagine the toxic comments and threats made to her if she had them on.

I sincerely hope that Phil Bredesen wins in November and if he does then owe Taylor Swift an immeasurable thanks.