Falling In Love With Folklore And Evermore
Odyssey

Falling In Love With Folklore And Evermore

Analyzing favorite songs from folklore and evermore with couples picked for each song. 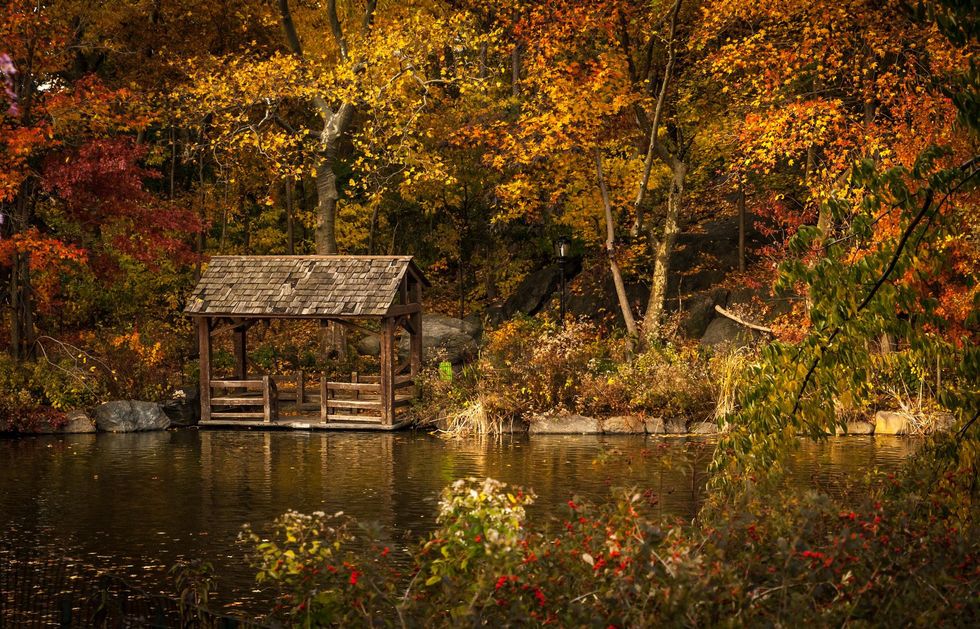 One of the best highlights of last year was new music created by favorite musicians such as Taylor Swift. She surprised everyone with not one, but two albums called folklore and evermore. Last summer during the pandemic, I listened to some of my favorite Taylor Swift songs to distract and inspire myself as a writer. When folklore was released, I became invested in that album. I couldn't quite achieve that with evermore, but I know that I will catch on eventually.

Swift has been known for writing love songs in many different versions. The songs from these two albums deal with love stories that are more complicated than her older love songs. Out of my favorite ones, I found eight couples who are complicated enough to fit well with the stories of these songs.

trying to change the ending

This pairing is obvious with this song. Because of the mentioned line above, I examined the relationship of Peter Pan and Wendy. Peter is a magical boy who wishes to never grow up. Wendy comes into his life because she liked the idea of everlasting adventure and the freedom of being young forever. As soon as Wendy realizes that she can't live like Peter anymore, Peter has to give her up. The relationship between the two of them is similar to how teen boys and girls feel. Some want to stay kids for as long as they can. Others want to get ready to become adults. There are more literary references and easter eggs that can be found in both folklore and evermore.

I think I've seen this film before

A couple that keeps going back to each other no matter how many times they have broken off and made up is Batman and Cat Woman. Each of these characters is complicated because Batman is a hero who always wants to do the right thing. Cat Woman is a thief who likes to follow her own agenda. Sometimes they would be together. Other times, they wouldn't. It is fun to watch the banter between the two of them, but they can't be a happy couple for the lifestyles that they live.

3. peace: Monty and Percy (A Gentleman's Guide to Vice and Virtue)

The devils in the details

But you got a friend in me

Would it be enough

If I can never give you peace

Monty and Percy in A Gentleman's Guide show the difficulties of queer young teen boys in the 18th century. Their world gives each of them hardships and struggles. Monty and Percy were childhood friends who eventually fall in love with each other. Yet Monty's family has expectations for him as a nobleman. Percy feels like a burden to his own family. Through their relationship, Monty and Percy rely on each other and give assurance to becoming better people and make their own path as adults.

Want no other shade of blue

No other sadness in the world

No one cared about Mr. Freeze until Batman: Animated Series gave him a tragic backstory. Mr. Freeze's existence centers on his life's mission to find a cure for his sick wife, Nora. She is frozen in-tank similar to Sleeping Beauty. Ever since then, Mr. Freeze has become a popular character. By listening to the song, it looks at the relationship that he had with Nora before she was frozen. Victor wants no one other than Nora. He does what he can so Nora could live and be with her. For anyone interested in this premise, please read Victor and Nora: A Gotham Love Story!

I'm begging for you to take my hand

The song willow strikes the chord with any coming of age story in classic literature. Anne and Gilbert were the ones who came to my mind when I first listened to willow. They started out in the beginning as not liking each other as young kids. As they grow up, Anne and Gilbert develop their own plans yet fall in love with each other. The eventual trust formed between the two of them stays as they venture to their own life plans. In the end, they do come back together.

"This dorm was once a madhouse"

The Fitzgeralds seem like a couple ripped right out of a literary novel. They lived grand lives but suffered alcoholism and insanity. This song represents the type of life that they lived. F. Scott struggled with cheating and money problems while Zelda spiraled into mental illness. The story of the song makes the listener ponder on what would happen if Fitzgerald and Zelda didn't get married. What would their lives be like if she regretted him and he married someone else?

It has been a long time since I watched Disney's Hercules. I'm not sure if I trust myself with watching new Disney films, but it's nice to go back to old ones. While the song has a sad tone, it fits well with how Hercules and Meg are in the film. Hercules is a dashing new hero that everyone loves. Meg is the one person who is aware of his commodity, but can't resist him. For any type of couple, it would definitely be hard. What's the point in wanting to be with a beautiful hotshot when everyone wants him or her?

And I was catching my breath

Floors of a cabin creaking under my step

And I couldn't be sure

I had a feeling so peculiar

This pain wouldn't be for

Alaska and Miles may have not been a couple, but they did have strong feelings for each other. They didn't realize and act on those feelings until the tragic moment that separated them. By listening to the song, the female and male voice represent these two teens. Miles wanted Alaska and continue on with a blossoming new relationship. Alaska ponders her life and fades away from Miles. It never occurred to me that this song fits well with them until now.

Those are the couples that fit well with my favorite songs off of folklore and evermore. To any YouTube creators out there who want to make an animatic with these entries, go for it. You have my permission and I look forward to finding your videos on YouTube.
From Your Site Articles
Related Articles Around the Web
Report this Content
This article has not been reviewed by Odyssey HQ and solely reflects the ideas and opinions of the creator.