Is Taylor Swift A Democrat?

It's time celebrities use their voice. Now go get out and vote! 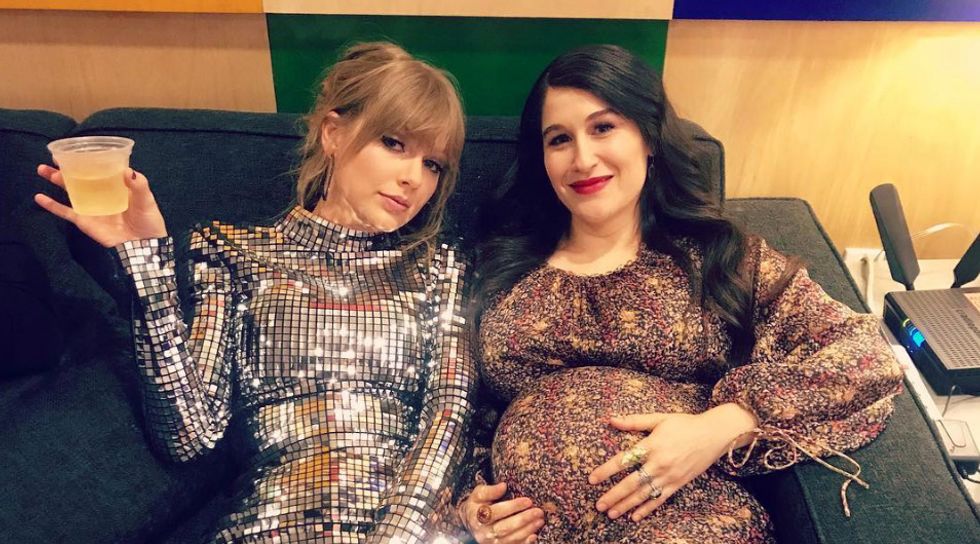 If you haven't heard that Taylor Swift has spoken out about politics by now, then you probably live under a rock.

On Monday, October 8, Taylor Swift took to her Instagram to post her endorsement of Democrats Phil Bredesen for Senate and Jim Cooper for House of Representatives in Tennessee's midterm election coming up this November. But she did not just endorse these candidates she also encouraged all of her followers to register to vote.

Following her post the media was in a whirlwind going crazy with the information. Tons of celebrities were asked about their opinion on Swift speaking out about politics on the red carpet at the AMAs. Some called for Swift to stay in her lane. Others commended her. And Donald Trump when he was asked said he liked her music "about 25% less now."

Trump: I like Taylor Swift's music about 25% less now www.youtube.com

Trump not only said he liked her music about 25 percent less, but he also claimed that Swift had no clue what she was talking about, which clearly isn't the case. In fact, Swift backed up her endorsements with receipts and reasons stating, "She voted against equal pay for women. She voted against the Reauthorization of the Violence Against Women Act, which attempts to protect women from domestic violence, stalking, and date rape. She believes businesses have a right to refuse service to gay couples. She also believes they should not have the right to marry. These are not MY Tennessee values."

That does not sound like someone who has no clue what they are talking about to me. Whether or not you agree with Swift's endorsement, you cannot disagree with the fact that not only is she educated about the issues and the candidates.

Additionally, Swift has made a huge impact causing the highest voter registration spike of its kind. After posting for her more than 112 million Instagram followers to see "More than 166,000 people across the United States submitted new registrations on Vote.org between Sunday and noon on Tuesday, with about 42 percent of the registrants falling between the ages of 18 to 24."

Now that Swift has spoken out about politics I like her music about 25 percent more now than I did before (if that's even possible). It's not because of the party she endorsed but rather the fact that she is using her voice and her platform to speak out for those without a voice. Women and the LGBT community have consistently had their voices taken away from them and been subject to societal inequality. When people who have a voice, like Taylor Swift, choose to speak out in their favor it can help turn the tides.

So no matter which party you align with, I hope that we can all agree that inequality is wrong and it is bad. And as long as your candidate believes that too then I couldn't care less which party you vote for and I think Taylor Swift would agree.

It's impossible to deny that Swift influenced thousands of people to register to vote with one simple Instagram post. While we will have to wait and see if her post affects the outcome of the Congressional races in Tennessee, there is no doubt that Swift has continued to disregard her old reputation and create a new one for herself. As she writes in her liner notes for her newest album reputation, "There will be no more explanation just reputation."