The tardy policy does more harm than good to students around the world. 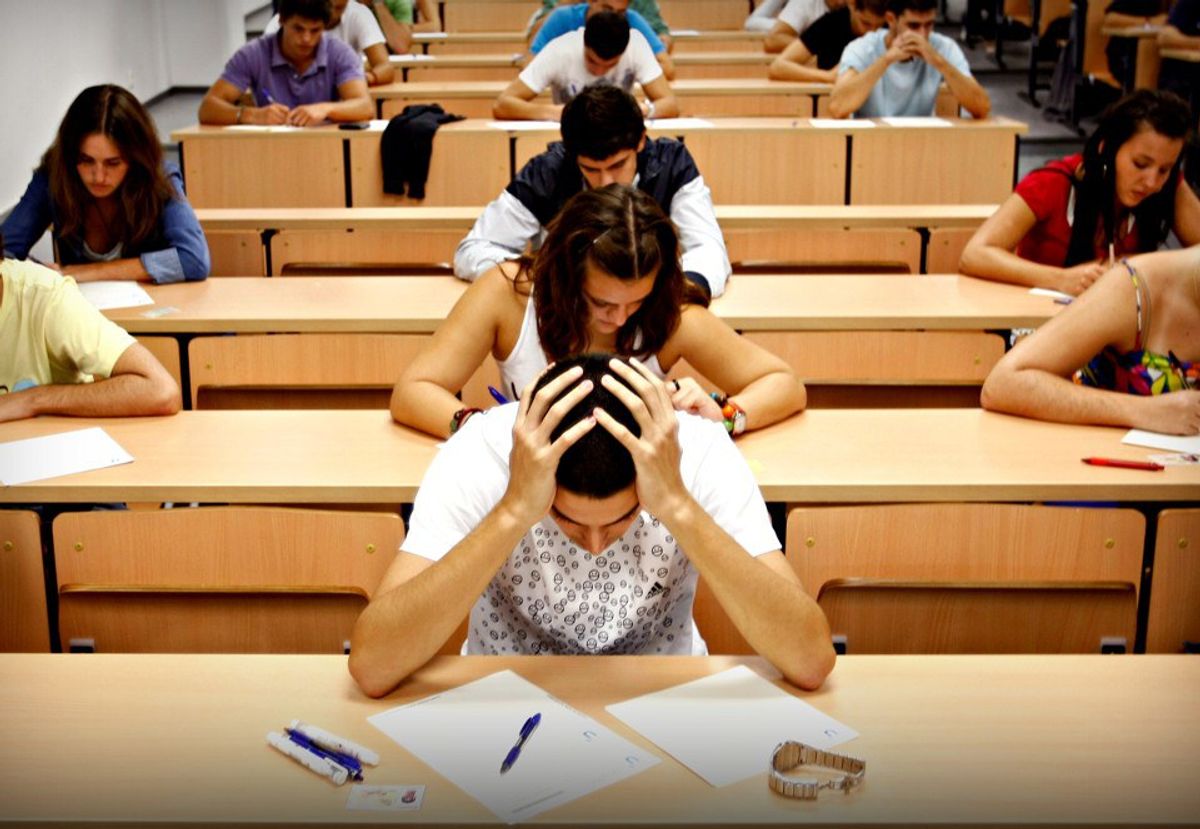 In 2007 at the University of Oxford, it was scientifically proven that the human brain cannot fully function, on average, until 10:00 am. At my school, the tardy policy states: “Instruction occurs in all classrooms from bell to bell. After the tardy bell rings, students will be allowed in any class but will be marked tardy.” The tardy policy should be abolished because students should have the right to be educated on their own terms, allow their brains and body to be fully rested and to allow students to be fully attentive, rather than to be languid throughout the day.

Admittedly, many students would, of course, take the abolition of the tardy policy to their advantage. Students may show up late to a class they do not find meaningful or simply may skip the class entirely. By becoming truants, students may develop a strong cavalier attitude towards school work and this may ultimately impact their work life in the years to come. According to research done at Johns Hopkins University, up to 15 percent of students are chronically absent from school anyway. Thirty-two percent of these students were absent due to the fact that they were “too tired” to attend class and 11 percent were absent due to the fact they were too busy doing other school work from other subjects to attend class. Despite this evidence, abolishing the tardy policy or allowing schools to start later in the day would allow more students to achieve adequate rest and complete their work without fear of getting in trouble due to the strict tardy policy.

As a student at Chattahoochee High School, who has had his fair share of tardies due to uncontrollable external factors, I have, therefore, obtained copious amounts of experience regarding the tardy policy and am credible when discussing the issues concerning the policy. I have witnessed many other students receive tardies due arriving late from to uncontrollable factors. Some of these students arrived late because they were having car troubles, finishing work for other classes or have been slowed due to poor weather conditions. In my experience, I have been late to class due to heavy traffic and uncontrollable weather conditions.

According to University of Oxford, it was scientifically proven that the student brain cannot fully function until at least 10:00 am. With most American schools starting anywhere between 7:30-9:00 am, most students have not had the proper amount of sleep to be ebullient about their school life. According to the Center for Advancing Health (CFAH), “Only eight percent of high school students receive enough sleep on an average school night.” From research done at the Tel Aviv University in Israel by Dr. Avi Sedah, “A loss of one hour of sleep is equivalent to [the loss of] two years of cognitive maturation and development.” With many high school students only getting, on average, six to seven hours of sleep a night that is equal to four to six years of cognitive development loss. If students had the ability to come late without the risk of punishment, students would be able to receive the proper amount of rest; therefore, they would be more attentive and enthusiastic during the day.

Lack of attentiveness in school is most often due to sleep deprivation, which can lead to depression, which in return can lead to suicide. Every year, an average of 1,000 college students take their own lives. My brother was affected; one of his closest friends took her life due to depression and anxiety from school. One in twelve high school students have attempted suicide. Many, if not most, high school students know a fellow student or friend who has lost their life due to depression. If the stress of sleep deprivation and work is abated, depression would be less abundant throughout students. If the tardy policy is abolished, students would have more time to get the proper amount of sleep and decrease their workload ultimately causing depression to be less abundant. The amount of student lives taken by their own hands would decrease each year.

The tardy policy should be abolished because students should have the right to be educated on their own terms, allow their brains and body to be fully rested and to allow students to be fully attentive in their classes. The tardy policy stands in the way of students achieving adequate rest, which in return does not allow the student brain to fully function. Sleep deprivation can cause depression, thus, causing the rate of student suicide to increase. No school rule is really worth the sanity and life of a student, and that is why the tardy policy must be changed.