Tarana Burke Talked To Villanova, This Is What I Learned

Tarana Burke Talked To Villanova, This Is What I Learned

'me too' isn't a women's movement; it's a survivors's movement 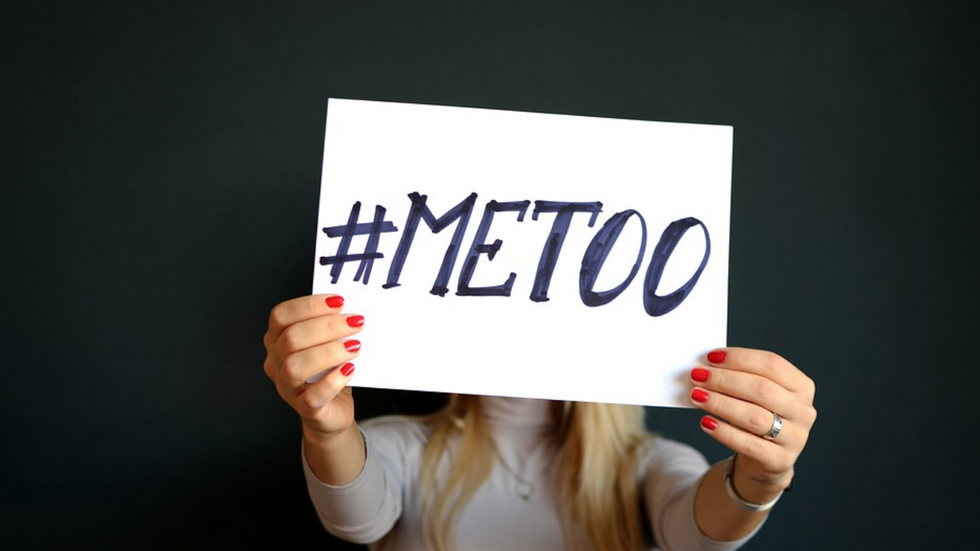 On Monday, March 26, Villanova University's Office of Student Involvement, Multicultural Student Union and Feminist Society (Feminova) brought Tarana Burke, the founder of the infamous 'me too' movement to campus for an intimate, candid conversation about the purpose of the viral movement and how students could be better allies to survivors of sexual assault. The Villanova Room — Villanova's largest and most used room for speaking events in the Connelly Center — was packed an hour before the event's scheduled start, with students sitting on the floor, standing in the doorway and venturing the different broadcast locations on campus to view the talk in real time, if not in real life. The conversation started with her life story and ventured into the movement as Burke saw it and how we can continue to work to make it intersectional.

'me too' was originally started in 2005, despite the viral hashtag taking off in 2016. The impact has been tremendously positive, with women and men who have survived sexual violence coming forward into the newly defined space to talk about their experiences. From blue collar women to high profile actors, people have come forward in force to stand up to sexual violence and demand a stop. Perhaps one of the most notable survivors who has become an avid supporter of the movement is Rose McGowan, who was one of the first women to come out and name Harvey Weinstein as an abuser. Weinstein is currently awaiting trial in June of 2019 and is confined to his homes in Connecticut and New York via ankle monitor. Burke says the experience of the hashtag going viral has opened her up to the different ways that people are, as she admits to having a sheltered life in the sense that the people who surrounded her were all like-minded. Seeing the different ways that people view the world and react to this movement has led to the need to move homes with her child and hire a security detail due to the number of death threats received. "There are no opposite sides on this, I'm talking about sexual violence and people's bodies being violated, what are you opposing?" Burke says to applause.

Despite the seemingly endless backlash from those who do not wish to understand the movement's core, Burke says that the stories of triumph from women who have been affected by the movement make it all worth it. "I meet a person every day who tells me about being able to talk about their experience," said Burke. "It is worth the amount of triumph that we've had. We have given millions of people safety, space and a sense of community that wasn't there before."

It's no secret that sexual assault is a problem on college campuses everyone. One in five women will be raped at some point in their life as will one in 71 men. This statistic is alarming and terrifying, bringing the reality of sexual violence home. Now, this statistic wasn't news to me: I am familiar with the effects and likelihood of sexual violence on college campus, as are many women and men around me. 'me too' gave survivors a space on the public screen to discuss their experiences and call for an end to sexual violence. Burke offered her opinion on how best to support friends who are survivors of sexual violence. When you get right down to it, what survivors feel is pain, and pain is a universal feeling, although the specificity of that pain is personal. Losing a father has a different effect for different people. Nevertheless, everyone has experienced pain and we all understand pain, grief and trauma. Burke explains that empathy is not about having the same experiences but demonstrating a sense of understanding towards the survivor. She suggests that the best way to support a survivor of sexual violence is to ask them what they need from you, as well as letting the answer be no if they say they don't need anything.

At the heart of it, this movement is not about calling out perpetrators but about providing a space for survivors to talk about their experiences. Burke emphasized that this is not a women's movement: it's a survivor's movement. She critiqued the way men are categorized within this movement is either as allies or perpetrators, never as survivors. Our job as allies and survivors is to engage men as allies and survivors and to work together to shift the permeating rape culture. Burke stated about the double standard of rape culture, "two people had sex, only one of them came out a slut. That's interesting." She commented on the role of media telling men they are in danger of being "me tooed," which is absolutely not true. We are all in danger until we change the problematic culture that pits men and women against each other instead of men and women against abusers and rapists. Rape culture effects everyone and is pervasive in our media and our speech, contributing to violence and allowing violence to happen more easily.