Tanya Gold, Your Fatphobic Article Is Uneducated And Arrogant

BREAKING NEWS: Women come in all different shapes and sizes! 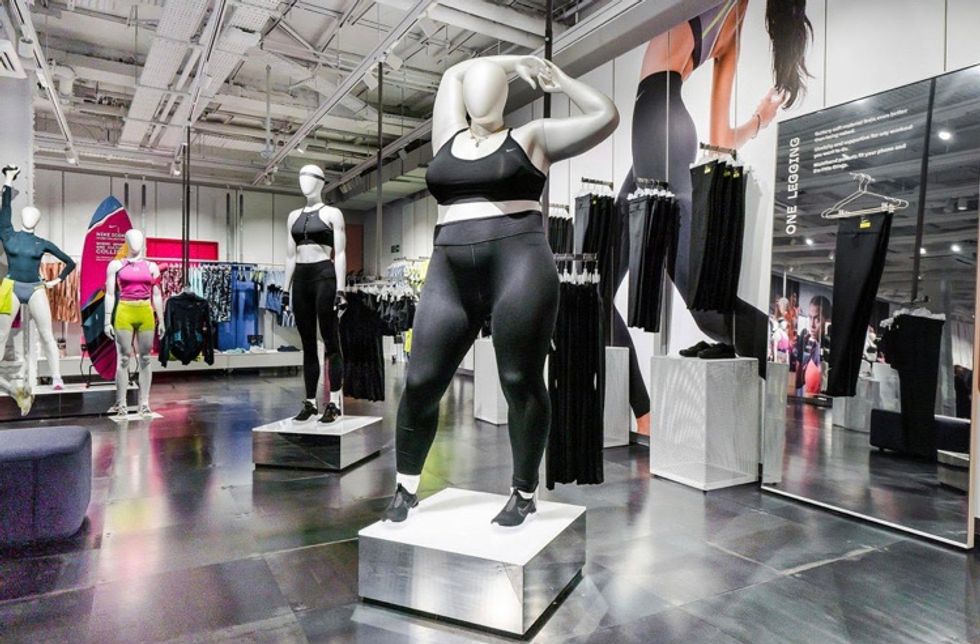 Just recently, Nike released a plus-size mannequin at one of their stores in London that showed off their plus-size leggings and sports bra. And, because we live in a world where being fat or overweight or obese is somehow the worst thing in the world to some people, this has sparked a lot of discussion.

Tanya Gold wrote an article for The Telegraph saying that this mannequin “cannot run" and is “likely pre-diabetic" and “on her way to a hip-replacement." Not only is Tanya's article uneducated and poorly written, it's completely fatphobic and embarrassing.

What I would like to know is this: why can't plus-size women work out in Nike clothes just like a size 2 woman? People want to scream from the rooftops that plus-size women are fat because they don't exercise and when companies FINALLY start catering to plus-size women with clothes they can EXERCISE IN, people lose their minds and think that they're promoting obesity.

What are plus sized women supposed to work out in if they can't even wear Nike leggings without being fat-shamed?

Would you rather them wear jeans? Overalls? A parka, maybe? What about a garbage bag?

Let's also discuss the fact that being overweight doesn't equal being unhealthy, just like being at a “normal" weight doesn't make you healthy. Did you ever stop to think that some women have diseases that make them gain weight that they, in return, can't lose? Some women can eat salad for every single meal, seven days a week and they still can't lose weight.

Everyone (and yes, I mean EVERYONE) should be able to be comfortable in their own skin AND in their clothes.

You can't sit and pout saying that fat people don't care about their health and then when they want comfortable clothes to wear while they're EXERCISING, hell has frozen over and how dare Nike cater to people who aren't a size 2.

Tanya, be honest with yourself. You aren't anywhere near a size 2, either, so where is all of this coming from? Are you self-loathing? Do you have some kind of internal fatphobia?

Pick a side, Tanya. You can't hate people who are overweight because you think that they aren't exercising and then when they do exercise and they get clothes that cater to them, it's all of the sudden wrong and horrible.

We are damned if we do, damned if we don't. As if women (and men) weren't already being shamed enough for being plus size, we're now being made to feel bad because a brand caters to our size so we can wear the same clothes all of the other sizes can wear.

Thank you, Nike, for making your brand more inclusive for all shapes and sizes so we can ALL feel confident in our clothes.

I think it's worth mentioning that Nike released their plus-size line in 2017 AKA 2 years ago... Why weren't you mad then?

Oh, and, Tanya Gold, you might want to stop smoking since you're all about being healthy, right? You don't want to get lung cancer or anything, do you?

Related Articles Around the Web
body positivity
Report this Content