What You're Actually Saying When You Talk Down To Millennials

If you're a Baby Boomer and are offended by being generalized, welcome to our world. 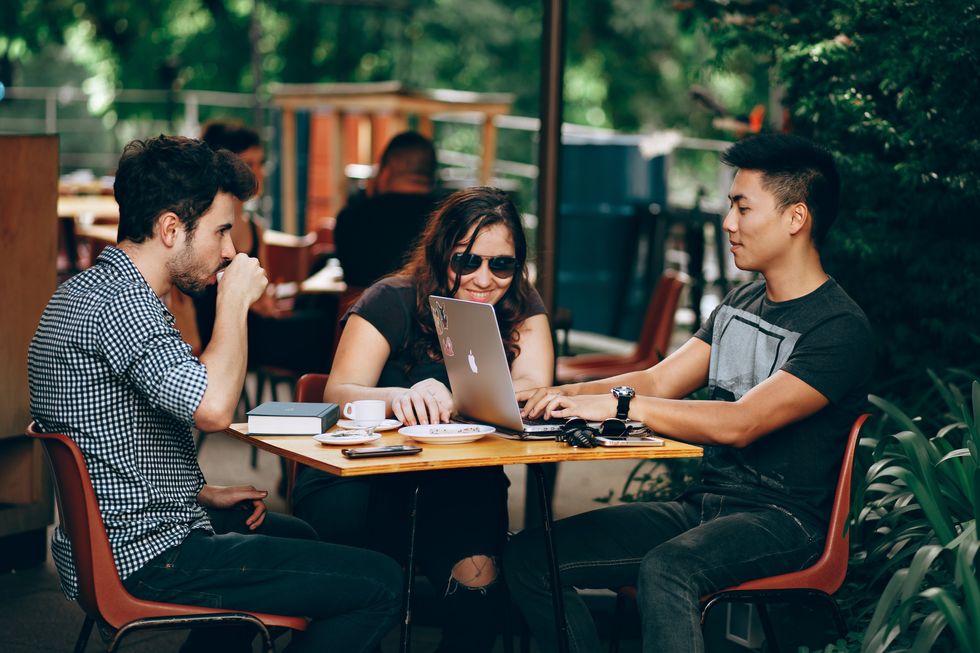 Photo by Helena Lopes on Unsplash

Before I get into this, let me start by saying the whole concept of labeling generations is entirely arbitrary. I was born in 1998 and my brother Drew was born in 2002.

Depending on who you ask or where you go when you Google it, we're either two different generations, which makes no sense, or I am not a "Millennial" but a "Generation Z" like he apparently is.

To make this whole thing a lot simpler, I'm going to borrow a trick from the older folk and just call everyone a Millennial and let you all handle the gross overgeneralization.

The idea that you can sum up an entire generation, made up of millions upon millions of people, is preposterous, no less ridiculous than generalizing an entire race or culture. Then again, neither is about to change so maybe we should just get on with it.

I will not speak for my generation (I've been asked not to) but I will speak for myself and those I know. We supposedly lazy, entitled, soft young people, are made up of some of the most industrious, creative and hard-working people you'll ever find. We understand the world a lot better than your stereotypical image of us would make you believe.

We grew up with the Internet which means we had literally every bit of information you could ask for at the palm of our hands for most if not all our lives. Most of us, despite the famous sect of loud and obnoxious ignoramuses, are not dumb, entitled or perpetual children. We're humans in our 20s and even 30s and yet somehow the older Americans deem us all unfit for existence. Curious, isn't it?

It's obvious the very word "Millennial" carries with it some very negative connotations, ones we should dispel immediately.

Older employers worry about how to "deal with" Millennials when they're inevitably forced to hire them. Deal with us? Are we Wild Men from Borneo? Did we just jump from the pages of "Lord of the Flies," grunting while we wave a pig head on a stick, demanding a paycheck and avocado toast? No. We went to school, did our work and graduated and now we're joining the workforce. That's how the world works. It's a linear timeline, folks. You don't get a to restart from your last saved game and say "Oh let me try the Baby Boomers one more time."

Maybe we don't want to deal with you.

Every job I've ever been a part of there have been Baby Boomers screaming about how they can't use the computer, how they don't know how to use apps that are necessary for the job. So they flat out refuse technology and scream at clouds about how the old way was better, back when kids played with sticks and hoops and corporal punishment was the tops. If you're a Baby Boomer and are offended by being generalized, welcome to our world.

If we just refused to use tools essential to the job, we'd be fired and it would be considered a testament to our entitled generation. We don't get the luxury of refusing progress, we have to adapt because that same technology we love and you hate has created a world that requires people to use it and that's not changing anytime soon.

Older generations label us entitled or soft. Why?

Because we understand that the status quo isn't meant to stay that way. While our elders are all stuck in the idealized world of the artificial and repressive 1950's, we have the nerve to look to the future and say "Hey, maybe we shouldn't allow people with mental health issues to own assault rifles," or, "Maybe, just maybe, we shouldn't allow minorities and women to be treated as second-class citizens."

While scores of us cheer for progressive political candidates, you are busy shoving Mr. Same Old down our throats and telling us we don't know how the world works. But remember, it wasn't our generation that voted to put the Annoying Orange in the White House.

Donald Trump prayed on this feeling of insecurity, this fear held by so many pre-Millennials; that the world is changing so rapidly that it is passing them by. Did he not scream fables about "the good old days" or promise to return America to a time of some feigned glory, a time before the Internet shrunk the world?

Truth is, we Millennials do find ourselves at an incredible disadvantage.

The cost of living in the United States has gone up astronomically in the past forty years while wages have remained stagnant in that same amount of time, creating an economic landscape so noxious that young people are virtually incapable of joining the housing market and becoming the independent, self-sustaining individuals we're always accused of refusing to be.

Because of predatory systems like for-profit colleges and Fannie Mae have put millions of students in tremendous dept with absurd interest rates creating a Student Dept Crisis worth trillions of dollars.

On top of that, the price of a college education has only risen over the years, leading many to call for reform in the system while Baby Boomers shrug it off and say "that's how it goes" without giving evaluating the actual situation. Saying "free college won't work" is a flat out LIE, especially when looking over to Europe, specifically Scandinavian nations, who have implemented it so effectively.

But sure Mildred (random derisive Baby Boomer name), I'm sure the reason we can't afford homes or health care is that we're obsessed with avocado toast and not because your generation created a system bent on sucking us dry before we even get to begin our lives. Maybe that's why a study of Federal Reserve date concluded we're on track to be the first generation in a long time to make less money than their parents, despite being "better educated at the same stage of life."

In spite of all this, or rather because of it, we desperately want to be a part of the world, to enter the government system if only to pursue reform.

One simple thing that attracted so many of us to Bernie Sanders in 2016 was his acknowledgment of our concerns as ones of national interest, treating our minds and voices like we actually mattered. Yet so much of the media, specifically Right-wing conservative pundits, dismiss us or flat out deride anything we do or say as being the frivolous carping of ignorant babes. Even serious political figures like socialist New Yorker Alexandria Ocasio-Cortez are denounced outright because she is a Millennial, her platform, and age, treated like a punchline.

After her upset primary win, headlines from all over asked the question "Should We Elect More Millennials" as if it wasn't inevitable that one generation would supplant another, a clear delusion that creates an illusion of the failings of America's youth.

This is flat out nonsense, all of it. The idea of using the next generation as a sacrificial lamb, a scapegoat to be derided and condemned, sucked dry for resources and left to pick up the pieces is downright Orwellian, and moreover deplorable. Age doesn't equal wisdom nor does youth equal ignorance.